HomeThe BusinessLegalCalifornia Plastics Lawsuit Targets Several Companies
Recent
Machinex Upgrades West County Resource Recovery in California
May 27, 2022
EREF Hosts Record-Breaking Charitable Auction, Proceeds Directly Support Scholarships and Scientific Research
May 27, 2022
This Week in Waste: Top Stories May 23 - May 28
May 27, 2022
Landfill Emissions Measurement: What We Know, What We Need to Know
May 27, 2022
POLL
SWANA & Oceans Caucus Foundation Host Congressional Briefing on Recycling
May 27, 2022
Collaboration Leads the Way in Connecticut to New Extended Producer Responsibility Law for Management of Discarded Residential Gas Cylinders
May 27, 2022
An Uber-Style Service for Curbside Recycling
May 26, 2022
S&B Selected as Contractor for New Hope Energy’s Advanced Plastics Recycling Unit
May 26, 2022
Need to Know
brought to you by 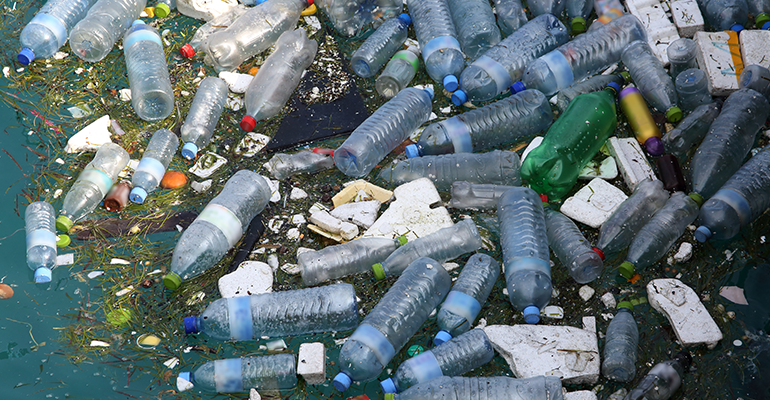 The state is reviewing measures that would impose EPR laws for food and beverage producers.

A lawsuit filed in San Mateo County, Calif., Superior Court follows a rising public outcry about plastics pollution and initiatives by state and federal lawmakers to force companies to take ownership of the material they use to package their products.

California’s Legislature is reviewing measures that would impose extended producer responsibility (EPR), requiring food and drink producers to devise plans to capture empty containers, PHYS ORG reports. The lawsuit could face a hurdle over whether a California court is the proper venue for the dispute. California law provides for "public nuisance" claims, but oil companies facing lawsuits over their contribution to climate change have argued that claims involving national and international companies should be heard in federal court, the report notes.

Escalating a campaign to make corporations responsible for the waste they produce, an environmental group filed suit Wednesday against some of the world's biggest food, beverage and consumer goods companies in a California court, arguing they should be held responsible for plastic packaging that is fouling the state's oceans, rivers and streams.

The Earth Island Institute asked for unspecified damages and an order for Coca-Cola, Pepsi, Nestle U.S., Procter & Gamble and six other companies to clean up plastic waste that the group says has created a global pollution crisis.