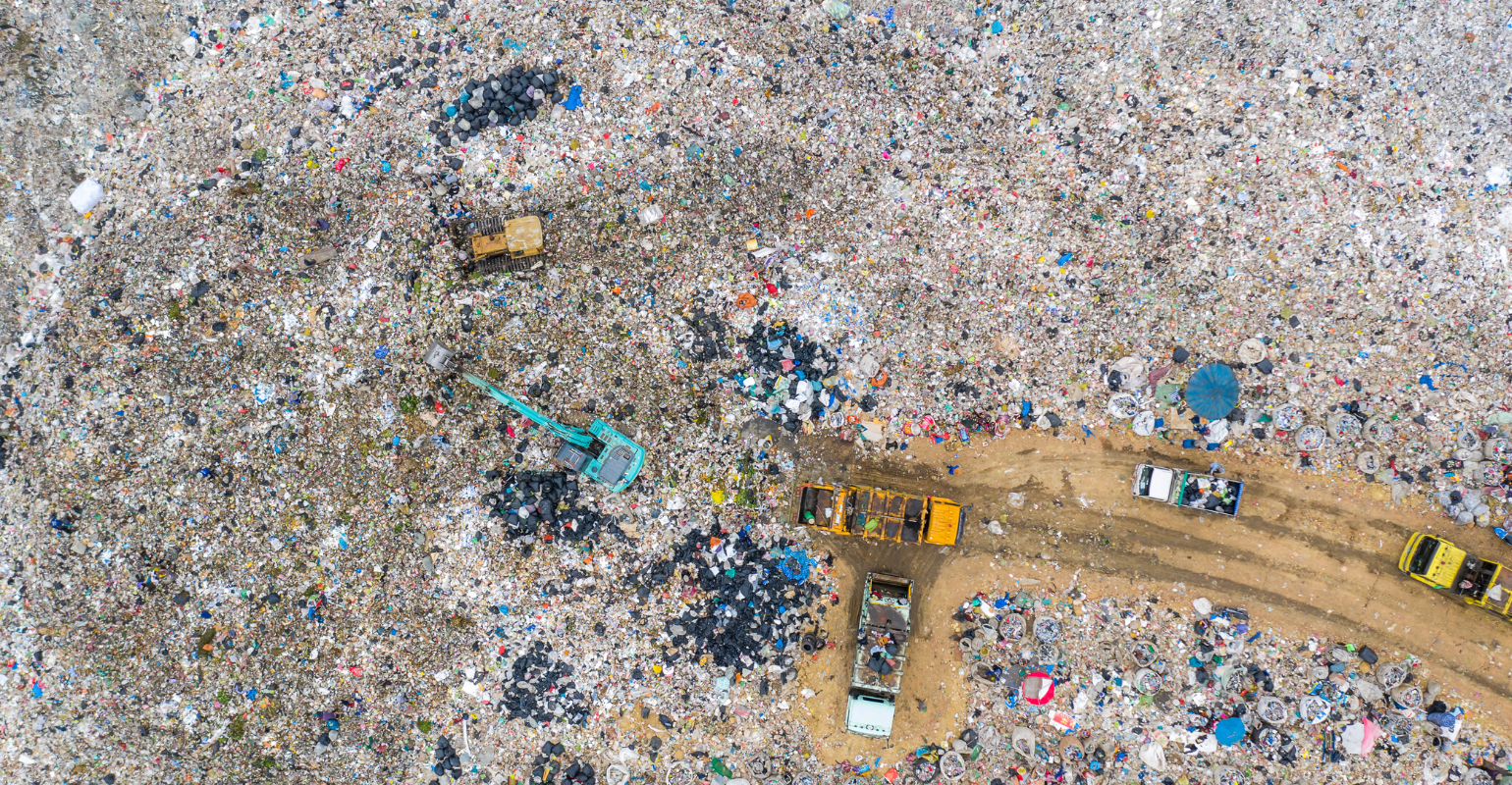 Conserving airspace is a hot topic among landfill owners. They are as good at maximizing this space as their technology, processes, and skills sets are. It’s all about compaction and layering, and investing in traditional equipment like bulldozers and compactors.

But increasingly, new types of technology are entering the picture. Operators are installing GPS systems on their equipment and investing in drones to take aerial shots to produce topographical surveys. A few waste gurus are even learning to fly planes to do their own surveys.

“Airspace is our commodity, and landfills are designed and built to create that space for waste,” says Jason Munyan, chief of facilities management for the Delaware Solid Waste Authority. “You are getting paid to take waste, but really you are selling that space, so you want to use it wisely and be as efficient as possible.”

“Say you have 1 million cubic yards of airspace total, and that is all you will ever get out of the landfill,” he explains. “You may be putting waste in at 1,000 pounds per cubic yard. If you can get better compaction and get down to 1,500 pounds, that difference in compaction could result in about a quarter million tons more in the same finite airspace.”

Bulldozers push the waste into the desired area, and compactors do the heavy lifting, driving back and forth over waste, breaking it down and compressing it into a densely packed, tight mass. But operator technique is as important as the equipment.

Ideally, equipment operators get the weight as straight down on the waste as possible, at least when conditions on the working face allow that, says Munyan. And layering the incoming material is a technique of its own.

“Make sure you are not trying to compact 20 feet of waste at a time,” Munyan says. “If you have a 20-foot-thick layer, you are not touching the waste in the bottom. Usually you create lifts that are about 10 feet thick, sometimes less, and compact it in about three to five passes. But it will depend on the site, the waste type, and how operators have to work due to site-specific considerations like waste material and site contours.”

Some landfill operators think drones will be the next evolution in waste handling. Some have begun using the devices to provide data on elevation and remaining airspace. Today there are drones on the market that allow operators to get comparative aerial surveys of sites to gauge how much airspace was used in a given time and location.

Knowing the amount of waste placed between two surveys enables density to be calculated and helps determine whether procedures need to be modified.

Companies sell software services that incorporate a drone flying over a landfill site on a programmed flight path and taking photos that can then be developed into surveys. Some companies are developing systems that operators install on compactors or bulldozers that track where equipment is over time in order to get elevation data to help determine compaction rates.

“So instead of having to fly a drone every day, you can take information from the equipment to update the surveys,” says Munyan. “Running the GPS is a skill set that a lot of operators don’t have yet. But I think it’s a good tool to get information quickly that lets you be a better facility manager.”

Some operators have brought on their own staff pilots to fly drones and take photos, as opposed to having to send photos for processing and have them developed into a computer-aided design plan.

“That could take weeks to months and is very expensive,” says Munyan. “Someone in-house could go out in one afternoon and fly a drone, send information for processing that evening, and the next day you have a map generated.”

At Southeastern Public Service Authority in Chesapeake, Va., landfill and environmental manager Henry Strickland obtained a pilot’s license to fly a drone over the authority’s site. A GPS installed on the equipment allows operators to get information daily on compaction. And Strickland periodically flies the drone to get elevation data for the entire site to calculate the amount of space used.

“Before, we were paying a company to fly over with a full-sized craft once a year to do a topographical survey,” says Dennis Bagley, deputy executive director at the authority. “We create that survey with a drone now. The aircraft company survey was $6,000, and now we have made a one-time $10,000 investment in the drone to obtain the same information.”

Baltimore’s City Department of Public Works is also among landfill operations that leverage drone technology to get topographic data.

“Drones are cheaper than flying a plane to get photos, and I think they get better information,” says James Rohrbach, chief of the solid waste disposal division for the Baltimore City Department of Public Works. “You can zero in on certain areas of the landfill for more detailed information that tells how much elevation has changed across an area, which allows you to calculate how much volume you used.”

Baltimore operates one landfill that receives about 250,000 tons of municipal solid waste annually. Half of that material is MSW ash from a Wheelabrator plant. The city has space until 2028 if the landfill receives the same mix at the same volume and if the Wheelabrator plant is in operation until that date.

The plant could shut down at the end of 2021 if air pollution requirements become significantly more stringent. An ordinance that would mandate these requirements was overturned, but the decision could be appealed.

“If they were to close at the end of 2021 when the new air pollution control requirements would take effect, and we receive all the waste just from the city that goes to Wheelabrator, the landfill would only last until 2024,” says Rohrbach.

Planning ahead, Baltimore Public Works is in the midst of a landfill expansion. But day to day, the department’s staff operates with the conservation of existing airspace in mind.

“Anecdotally, the BOMAG seems to save space and material,” says Rohrbach. “When we are done compacting, the surface is smoother and packed down and easier to cover.”

Baltimore is also taking advantage of ash, laying it and spreading it across slopes to fill in cavities and smooth out the slopes. Then operators cover it with soil.

“We are saving space by using less soil, and spaces are being taken up by something that has to be landfilled anyway,” says Rohrbach.

Operators monitor the amount of volume used at least annually and leverage the data produced by the drone to calculate compaction density.

“If we look at space that we use annually versus the amount of trash we get in tons, we know how much space we use,” says Rohrbach. “That includes for things besides trash, like daily and intermediate cover soil and haul roads that eventually get landfilled. These all become part of the volume that takes up space, and we have to consider all of it.”

Rohrbach says he is also looking at GPS technology to install on landfill equipment, as operators such as Southeastern Public Service Authority have done.

“We are examining this as a way to help build lifts to the right size and height, but we need to see how much volume could be potentially saved with this technology,” he says. “We are always thinking about what can be done to save airspace and extend the life of the landfill.”