H2S Rising on Some Landfills 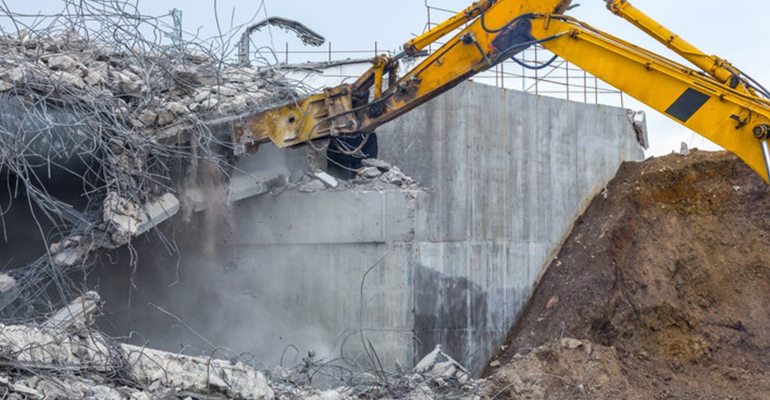 Landfill operators keep a keen eye out for hydrogen sulfide (H2S) emissions – this volatile compound found in landfill gas is a major driver of odors—even in concentrations as low as single-digit parts per billion they can be recognized and found offensive. H2S typically makes up only about 1% of methane, but that 1% is concentrated, making it one of the largest landfill gas emission contributors to odors.

While it’s something to watch out for, H2S is not a large problem at most landfills, though there’s been an uptick, especially where certain wastes, mainly construction and demolition (C&D) fines are accepted.

Waste360 talked to environmental pros from SCS Engineers and Civil & Environmental Consultants (CEC) who explain the challenges around H2S; contributors to rising levels; how to monitor for it; and how to prevent problematic levels. And they advise on how and when to bump up protection of workers.

H2S concentrations at landfills were historically below 100 parts per million (ppm), though with changes in disposal practices there has been a marked increase nationally, which may or may not be a problem, depending on factors such as gas collection system efficiency and proximity to community.

Levels depend on factors such as wet climates as well as moisture that is naturally in waste, explains Pat Sullivan senior vice president at SCS Engineers.

“Even at levels below 100 parts per million, odors can be detected during certain conditions. That means there is little margin of error with regard to the function of your landfill gas system. So, a level of vigilance is required to make sure there are very minimal landfill gas releases,” he says.

H2S is released when sulfur-containing waste breaks down. It’s problematic only in an anaerobic environment and in the presence of moisture.

Adding moisture to waste can increase hydrogen sulfide. For example, if landfills take sewage sludge, even in dry climates it can produce moisture and drive H2S issues. Sullivan worked on a landfill that took a lot of sewage sludge with sulfur whose H2S concentrations spiked from a few hundred ppm to over 1,000 ppm.

There is a trend of increasing levels at sites that take drywall, which contains gypsum, a significant source of sulfur and one of the primary sources in landfill. The problem happens when fines from gypsum dust, generated when drywall is pulverized at C&D recycling facilities, are returned to landfill and react with moisture.

Sullivan has seen a gradual increase in H2S in particular as some operators use C&D fines as alternative cover.

Issues around drywall are more present in areas in the Gulf Coast and other regions prone to hurricane that accept a lot of C&D waste left from these weather events.

Ken Kruszynski, principal at Civil & Environmental Consultants, has addressed H2S problems tied to gypsum at a few landfills in Florida and Houston.

He’s seen H2S levels increase from 500 ppm to almost 20,000 ppm in Florida where this material was taken in.

“We see sulfur from H2S damaging well heads and pipes as well as blowers, flares, compressors, and other equipment,” says Kruszynski whose role is to remove this compound from gas before it travels to power plants through pipes.

But they typically start by monitoring for methane. While standard monitoring does not isolate H2S, reducing methane will reduce this compound too (though not necessarily proportionately).

“We consider other investigative tools when there’s odor, and if we suspect H2S we will include testing specifically for this compound, collecting samples in the field and sending them to a lab for evaluation,” Sullivan says.

Getting to the route of a problem can be complicated.

It’s important to consider the ratio of methane to H2S, and that ratio is not necessarily consistent. Adding complexity is that ratios of methane to H2S at given locations change over time and sometimes change fast, explains Tom Rappolt, SCS vice president.

“This is because the cap lets some gas permeate and chemistry occurs in the cap that can oxidize H2S, causing a reduction. So, it becomes harder to understand why H2S is present at some places and not others. It could be related to the waste or the nature of the cap,” he says.

Operators need to know where hotspots may be, so scientists and engineers may measure concentrations at different locations on the landfill.

“If a site has a landfill gas collection system, we can sample gas at each well using a Dräger monitoring device. For above-ground monitoring we can use a highly sensitive handheld device called a Jerome, which has been used onsite as well as offsite to determine if H2S could be the cause of odors. Now we know where high and low concentrations are,” Sullivan says.

H2S can be dangerous to human health. The National Institute for Occupational Safety and Health (NIOSH) considers 100 ppm immediately dangerous to life and health.

In Florida, Kruszynski had to come up with a worker safety plan to deal  with H2S.

When trenching was required, workers wore respirators. And staff in the field also wore personal badges that measure H2S; they fit near the face and set off an alarm, vibrate, or change color when H2S exceeds a set standard.

In addition to personal badges there are electronic devices like multigas meters that measure various gases – some can measure as little as 0.5 ppm for H2S and, like the badges, are calibrated to set off an alarm when the gas reaches certain levels.

Kruszynski advises if H2S meters detect over 10 ppm, workers leave the area or put on protective equipment such as a respiratory or self-contained breathing apparatus.

Among practices to mitigate H2S are those involving covers, for instance installing a final or interim cover sooner than is typically done. Some biocovers, made from various organic materials, facilitate oxidation of H2S, though they are in a research stage.

Operators should routinely inspect caps, maintaining them and upgrading them when necessary. Additionally, different types of daily covers do well at controlling odors such as tarps or plastic film covers placed over waste at night, Rappolt says.

Raising pH of the environment to about 8 or 9 reduces the sulfate reaction and ultimately the generation of H2S.  This can be done by adding materials such as lime or ash. But, advises Kruszynski, while this practice minimizes H2S generation, it’s a temporary fix.