Siting Landfills is No Easy Endeavor: An Oregon County’s Story 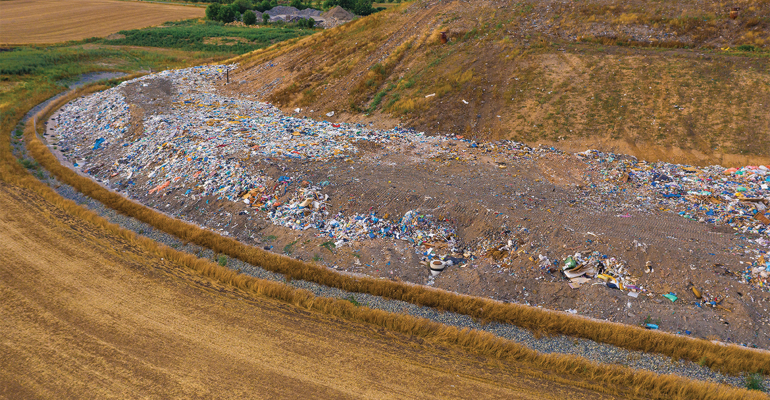 Deschutes County, Oregon’s landfill capacity scenario is much like that of many jurisdictions: the facility opened decades ago, tucked away in a remote area, and has since become enveloped by a booming community.

Deschutes County, Oregon’s landfill capacity scenario is much like that of many jurisdictions: the facility opened decades ago, tucked away in a remote area, and has since become enveloped by a booming community. Knott Landfill now has neighbors just over its fence, while the population continues to swell. It serves one of the fastest growing counties in the U.S., and it’s a little under seven years away from reaching full capacity.

The search is on for a new site, which will be the first landfill built in Oregon in over 30 years. The rules and environmental concerns have since changed, so the county is cutting new ground, says Chad Centola, director of Deschutes County Solid Waste department.

His foremost advice to other operators: Begin vetting potential properties early, as it’s an involved process. And be prepared for community pushback.

The county started looking at sites in 2019 when it updated its solid waste management plan. Even so, the permitting stage is now roughly two years down the road.

“We are still looking for a site to pass the mustard with the county commissioners and our solid waste advisory committee, which has representatives from each city [and holds regular meetings that are open to the public],” Centola says.

The multistakeholder committee has been integral to the decision making, providing recommendations along the way, and Centola’s department also hired an environmental engineering firm for technical assistance.

The list of potential selections has been whittled down to 12 sites and will likely be cut to three in March 2023.

The county is now digging into the data deeper, looking closely at the three criteria, and subcategories under them, to inform the next cut. And will later do physical, on-site evaluations.

“When we do on-site evaluations, we will for instance make sure we are not distributing native American cultural resources; if we come across artifacts, that could be a deal breaker. We also have wildlife habitats. We have to be sensitive to mammals, birds, and vegetation,” Centola says.

Prioritizing the protection of sage-grouse, a threatened bird species, is a major issue throughout Deschutes County and will be among the most substantial limiting factors.

“Our vision, and what we anticipate, is that our next landfill will be more tucked back and likely not visible from the surrounding area. But the better sites that are further from population centers, yet not too far out, have sage-grouse habitat considerations,” he says.

Federal land was also ruled out because the procurement process would take too long, which drops a large share of potentially suitable acreage from the mix.

The nature of permitting, and steps preceding it, has changed as advancing technology facilitates easier access to information, and as agencies often share more information with communities than previously.  Greater access is a two-edged sword: it’s made planning easier for developers from a technical stand, but the process has become more public-centric; communities can often weigh in on more details and sooner. With this, typically comes opposition.

Deschutes’ solid waste department has notified the public of the short list and is fielding objections from residents, environmental groups, the University of Oregon, and other community members. Their concerns run the gamut, from impacts on the environment, on their property values, and their quality of life.

The county estimates it’s about 20 months out from recommending a property to the board of county commissioners. Funding and constructing the facility and, finally, opening the gate would typically take two years from when the county receives permits and land use authorization.

But there’s a big unknown around what could happen when the county starts the land use and permit procurement processes.

“We anticipate not being able to find the perfect site to make everyone happy. So, when we go to permit, we expect appeals. We are concerned about that, and it has impact on timeline,” Centola says.

The plan is to build a 250-acre landfill with an additional 250-acre buffer. It will be about 30 feet high and offset from the road.

It’s possible the landfill will not be visible from surrounding properties, but the neighbors are not sure of that, which is among their most- expressed worries.

“That’s the process. You identify the environmental and human/stakeholder constraints. You put together a comprehensive plan to address those constraints accounting for permitting requirements and stakeholder feedback.  Then you move forward with that plan, managing expectations of stakeholders.”

Both informing and engaging the public long before the permitting process is critical to dealing with their expectations in Latimer’s experience.

“Without exception, every project I have seen fail did so because of an unexpected negative response. But if the public is informed early of what’s going on, you know what the problem is and can address it.

“Perceived problems will not go away simply by addressing them on the front end, but if you are aware of them, they are likely more surmountable. Or at least knowing what you are up against helps you determine whether to move forward,” he says.

The few new landfills popping up in the U.S. are commonly sited in remote areas and have large buffers to preclude interaction with the public, and that’s the way to do it, Latimer advises.

The distance will increase disposal costs. But in many cases citizens will pay more for service if the site is not in their backyard.

It should be remote but have good infrastructure to include roads, power lines, and water. And there needs to be people nearby to run the landfill who want the jobs.

Some of the main questions to ask are, is the property near a floodplain? Does it have wetlands? Is it large enough to meet the community’s identified needs?

And of course another big one is, how close are the nearest neighbors? In cases where communities would be close by, or could be in time, operators must be prepared to tackle their most common complaints: noise, traffic, dust, and odor.

Centola is preparing for the next steps as the site selection process progresses and the permit process draws nearer.

“We can’t control appeals, but from a technical and engineering standpoint we are doing the right thing. So, we are confident we will be able to defensibly show we’ve done the job in a way that will protect human health and the environment.”