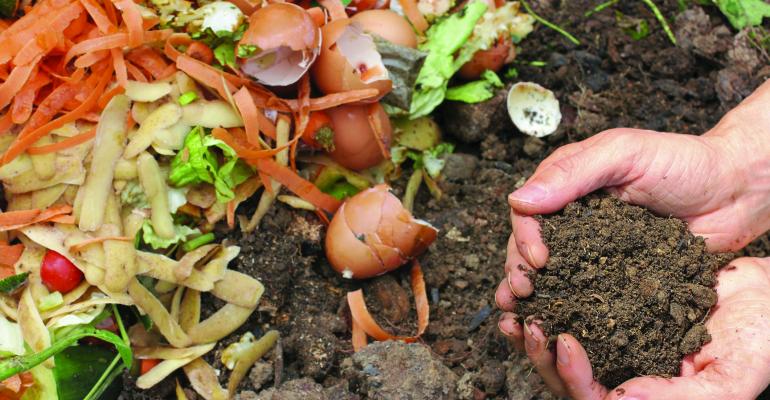 These firms are investing in technology and processes beyond collecting and dumping organics.

As many traditional haulers grapple with how to collect organic waste, others have gone one step further in developing processing capabilities by building their own composting and anaerobic digestion sites.

Burttec in southern California, Mid Valley Disposal in California’s Central Valley and the Fairfax Companies in Tucson, Ariz., are among solid waste companies trying to stay ahead of the curve. These firms are investing in technology and processes beyond collecting and dumping organics.

In some states, like California, residents and businesses face tough organics diversion mandates, requiring the haulers and solid waste handlers to develop a processing infrastructure. It’s meant getting savvy about learning the new regulations and sometimes being trailblazers in developing permitting paths. And it’s entailed trial and error on the processing side.

Burrtec Waste Industry operates one landfill, though it focuses mainly on collections, with a sister company, EDCO, collecting and processing recyclables and organics. Each day the company takes in 72 tons of source separated food and 900 tons of green waste.

“It’s the same collection protocol. But how we process is different,” says Steve Kanow, Burrtec’s director of recycling. “Some is source separated and goes to compost and some to pre-anaerobic digestion,”

The key is to start small, he says, learn how the technology works and get the right feedstock for the technology. Also figuring out how to work with jurisdictions and with air quality and water agencies was also significant.

“Our air quality management district requires compost operations with more than 10 percent food waste to have an emission control device,” Kanow says. “So it was a true partnership with them to ensure compliance from our perspective and for them to see if their rules were realistic…. Involving all agencies on the front end whether air, water or CalRecycle was critical.”

It made sense for the company to run its own composting operation because it must offer organics to its large subscriber base to align with California mandates. Originally the company was sending green waste to a third party, but decided to bring that capability in house.

“I have to collect, so the question is, do we vertically integrate to do it? We decided yes. … If we can save 20 percent of landfill costs it’s significant,” Mid Valley CEO Joseph Kalpakoff says.

As with Burrtec, there were regulatory hoops to jump through.

The local air resources board prohibited traditional windrow composting in San Juaquin. It took two and a half years to get an air permit to operate a composting facility that was in compliance. And Mid Valley had to buy offset credits for the 5 percent emissions, which cost $55,000.

Then, recently the state adopted an order for storm water runoff at compost facilities to ensure no discharge.

“We got a $3 million grant from CalRecycle to build the facility.  It would not pencil out otherwise,” says Kalpakoff. Mid Valley’s clients include restaurants, hotels, grocery stores and banquet halls that pay through franchise agreements.

Mid Valley has taken on an outreach role to further support these businesses.

“We tell them what goes in what bins,” Kalpakoff says. “We introduced green containers and labels and provide signage including large posters at exit signs. There is fairly rapid turnover so we have to redo the [education program.]”

In Tucson, the Fairfax Companies collects, processes and/or landfills construction and demolition and landscape waste. It also has a green waste compost division.

The company began composting after a large biomass supply contract fell through. It was supplying processed green waste to Frito Lay as boiler fuel.

Fairfax would have taken a hit by selling its equipment so it created another product, diversifying its customer base, says Fairfax Companies CEO Jason Tankersley.

Its product is an organic, petrol chemical and fertilizer-free compost made from the roughly 300 tons a day of landscape waste it collects for a tipping fee. Fairfax separates, cleans and processes it into feedstock.

The company sells its products to municipalities; through retail locations and to large institutions.

But, Tankersley says, compost production is not as easy as it looks, and the equipment is expensive.

“It takes a true understanding of chemistry and dynamic biological processes,” he says.