NYC’s CWZ Law and the Impact on Private Haulers 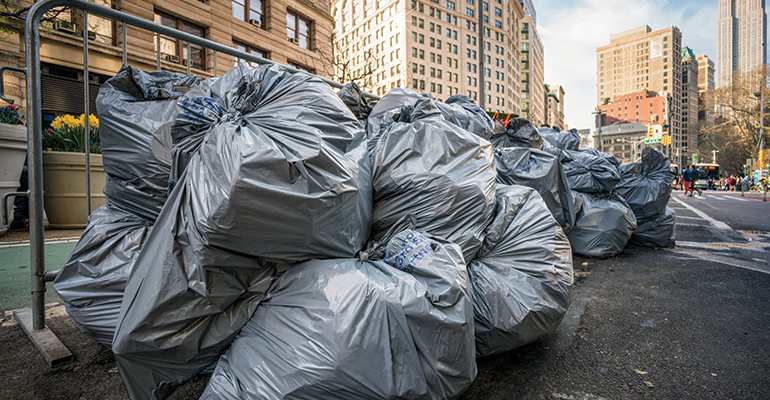 Liverpool Carting Co., a trash collection company that serves roughly 500 businesses in New York City’s Upper East Side, recently splurged on a new refuse truck, putting the company in debt. The $450,000 truck is the third in the company’s fleet, and according to The Wall Street Journal (WSJ), the owner of Liverpool didn’t have much of a choice due to the city’s newly passed commercial waste zone law (CWZ).

The CWZ legislation will divide the city into at least 20 commercial waste zones, each served by up to three private haulers. Under the legislation, private carters will need to meet baseline standards to be eligible for a zone, and their proposals will be judged based on their plans to improve safety, recycling, pollution and job quality. The bill caps the number of private carters in any zone at three. The legislation also creates incentives to switch to more sustainable vehicles and haul trash to more reputable waste transfer stations.

A WSJ reporter recently rode along with Liverpool staff and learned more about the company’s operations and what the impending commercial waste zone law could mean for small, private haulers like Liverpool.

According to the report, City of New York Department of Sanitation Commissioner Kathryn Garcia claims that under the new law, there still will be opportunities for small carting companies. Garcia told WSJ that the city will help companies prepare their bids and will consider factors such as compliance with clean air and safety regulations.

Last month Louis “Gino” Fava made a big investment in his trash-collection business—he spent $450,000 on a third garbage truck. There are, after all, major changes coming to New York City’s private trash-hauling scene, and he needs to be ready.

The 75-year-old owns Liverpool Carting Co. a garbage-collection company serving about 500 businesses mainly on Manhattan’s Upper East Side, including many Madison Avenue boutiques. “I have all the high-end stores there—Cartier, Tiﬀany, Prada, all of them,” Mr. Fava boasts. “It’s like Vogue magazine!”

The Bronx-based business, which earns about $2 million annually and employs 10, including three oﬃce workers who have each been with the company more than 25 years, typically is proﬁtable, he says. Now, thanks to truck number three, Liverpool is in debt. But Mr. Fava says he didn’t have much choice.