Home>Collection & Transfer>Generators
Recent
Sponsored Content
Cities Are On the Frontlines in the War on Waste
Are Chefs the Missing Ingredient in Circular Food Systems?
Jul 02, 2020
City Harvest Finds Spike in Food Need Due to COVID-19
Jul 02, 2020
Recycling Technologies Hires Seven Apprentices from Honda
Jul 02, 2020
Worn Again Technologies Aims to Eradicate Textile Waste and Shift to a Circular Economy
Jul 02, 2020
SWANApalooza Panelists Look at How to Achieve Zero Waste to Landfill by 2040
Jul 02, 2020
Dole to Eliminate Food Waste by 2025
Jul 02, 2020
Makings of a Good Landfill Closure Plan
Jul 02, 2020
Need to Know
brought to you by 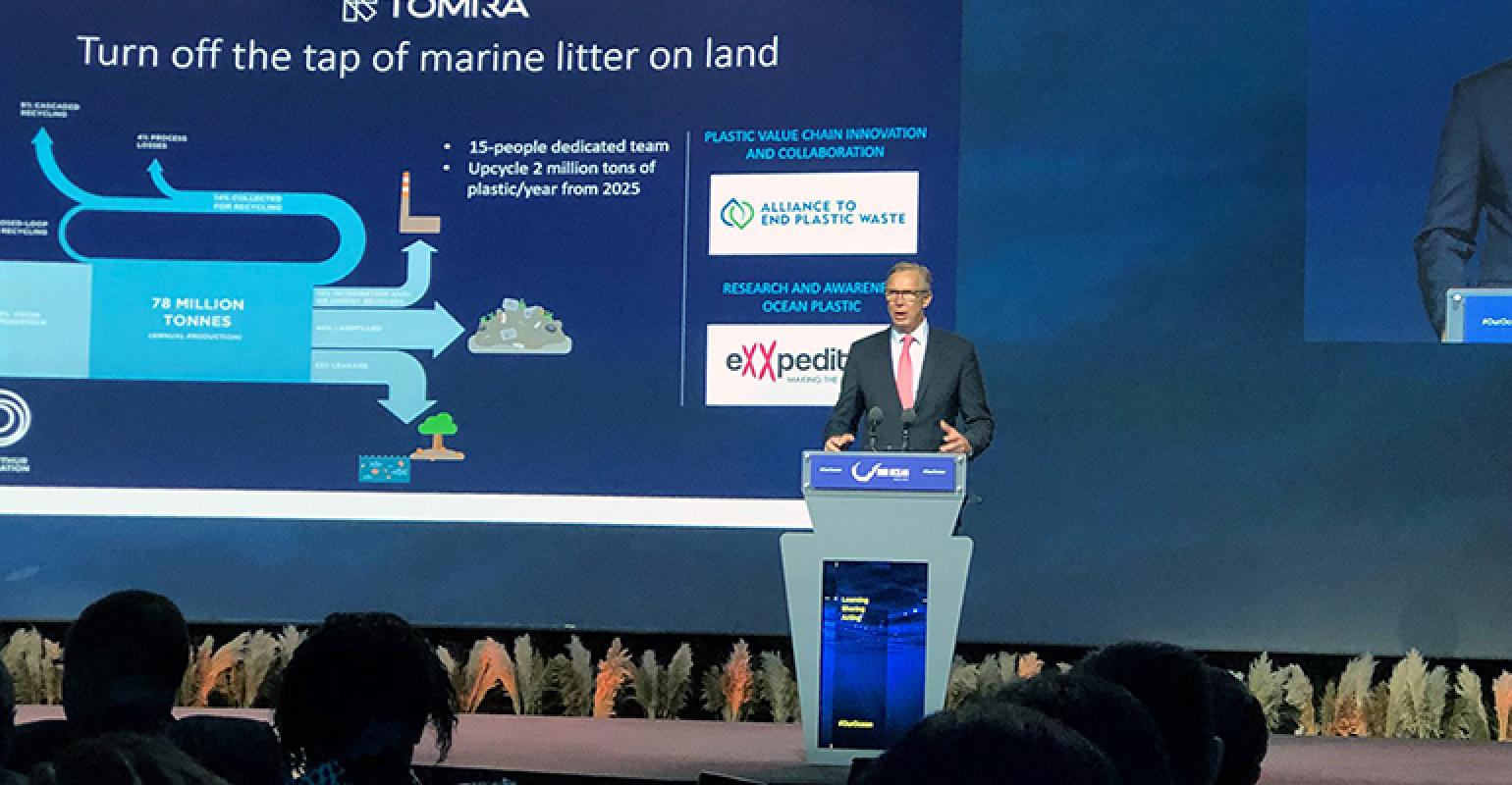 The company announced its commitment to enable 40 percent of plastic packaging produced globally each year to be collected for recycling by 2030.

At the Our Ocean conference in Oslo, Norway, TOMRA, a world leader in reverse vending machines and sensor-based sorting systems for the recycling, food and mining industries, announced its commitment to enable 40 percent of plastic packaging produced globally each year to be collected for recycling by 2030.

Currently, only 14 percent of plastic packaging is captured for recycling. And only 2 percent of this is recycled in a closed loop, meaning it can be reused again for the same purpose without being downgraded to lower-quality plastic.

"A circular economy for plastic is achievable, and there is every reason to be optimistic about the future, but it requires investment from industry, government and consumers," said TOMRA President and CEO Stefan Ranstrand in a statement. "TOMRA has been enabling this change through our technology and expertise for more than 45 years—we challenge others to join us and act now.”

"We believe now is the time for bold action on plastic pollution in our oceans," added Ranstrand. "TOMRA is the undisputed world leader in the collection and recycling of plastic packaging, particularly bottles, and we are proud to be leading the industry by launching these ambitious targets. To solve the crisis in our oceans, we must focus on how plastic is produced and handled on land. There is clear evidence that recycling infrastructure such as container deposit schemes drive huge improvements in recycling rates, consumer behaviour and reducing pollution."

High-profile partnerships that TOMRA has recently entered into include the new global Alliance to End Plastic Waste, which has pledged funds toward solutions to eliminate plastic waste.

The company is also sponsoring and advising an all-female, round-the-world scientific sailing voyage called eXXpedition, which set sail in October with the aim of raising awareness about marine litter.