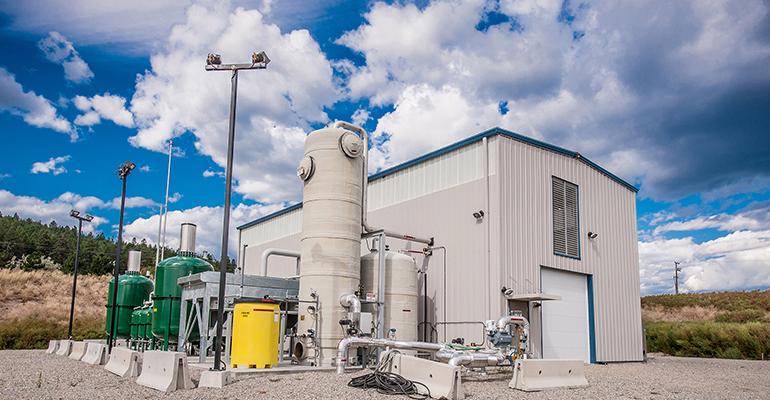 Utility FortisBC in British Columbia will soon launch its third and largest landfill renewable natural gas (RNG) project to make RNG from decomposing waste. In partnership with the city of Vancouver, it will increase RNG the utility currently produces at the other two facilities by two-thirds, equating to another 250,000 gigajoules of gas that it will sell to customers annually.

“There is an emphasis and awareness on climate change, and in response to customers’ desires to reduce emissions, we see our existing systems as a way to link customers to sources of RNG,” says Scott Gramm, manager of renewable natural gas supply for FortisBC.

The utility will own and operate the system at the Delta landfill and pay the city of Vancouver for its gas, which will go back to the municipality to fuel its compressed natural gas trucks. The gas will also be used for city buildings and for a central energy system serving residential and commercial customers in downtown Vancouver.

Delta landfill was selected because it serves multiple major cities, and thus is able to provide a robust feedstock supply. Plus, Vancouver is a thought leader that prioritizes climate goals, says Gramm.

“The project is important because it gets us closer to our goal of having 15 percent of our gas supply coming from renewables by 2030. It will also give us confidence that these targets are realizable,” he says. 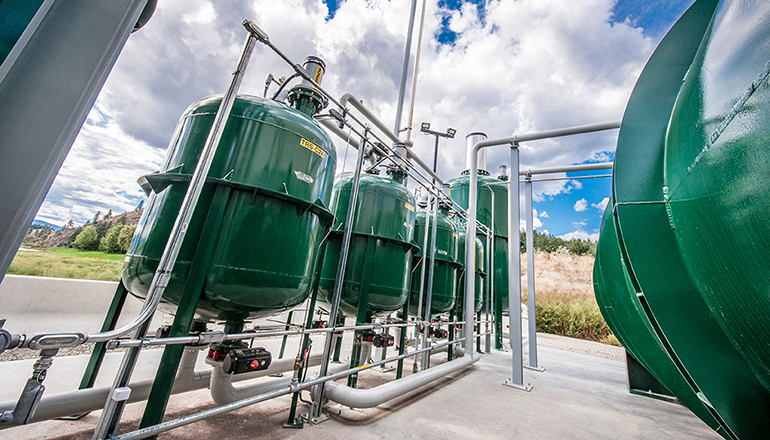 The site was ideal from a logistics point; the plant is located at the landfill by the gas flares, adjacent to the central part of the gas collection system, and a pipeline was installed from the system to a nearby high-pressure natural gas distribution line, says Albert Shamess, director of zero waste and resource recovery for the city of Vancouver.

The two entities began partnering to create this project in 2012, but at the time, the British Columbia Utilities Commission limited landfill gas that could be used for fuel.

“It took a long time for the regulations around RNG to catch up to the work that had to be done. But we knew what was in the works and of changes coming; it would just be a matter of time,” says Shamess.

Once regulations were in place, the conceptual design of the cleanup system and gas quality assessment were complete. The partners had already worked through the process of developing a contract and the economics of the whole operation.

“In the last three or four years, interest in reducing carbon became more of a motivator for government and individuals. Our interest as we saw this happening was to best utilize our landfill gas rather than flare,” he says.

The city was already expanding its collection infrastructure out of necessity. The province requires capturing 75 percent of gas generated in landfills. As the landfill grows, Vancouver continues expanding infrastructure to collect gas and needs something to do with it.

FortisBC’s two other biogas upgrading plants are in Salmon Arm, BC, and Kelowna, BC, which collectively generate 80,000 gigajoules per year. 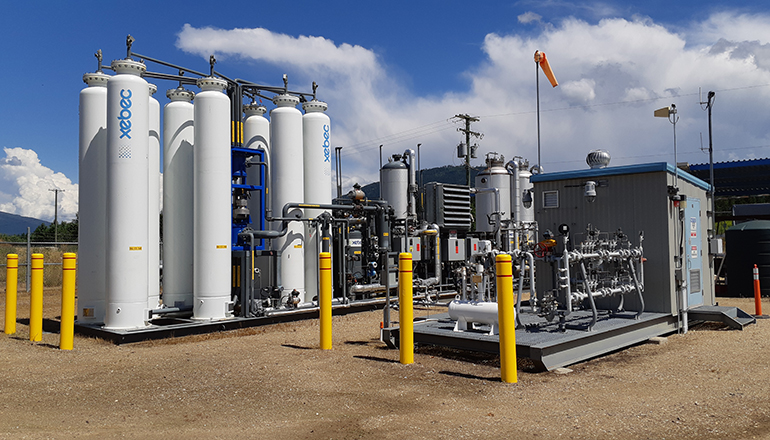 The Salmon Arm project was more of a first in order to prove it could be done, says Gramm.

“It was a $2 million project for a small government, so there was a quick turnaround in building it out, and we could prove it can be done without risk that could come with a large investment,” he says.

Kelowna is a larger municipality outside of the greater Vancouver area and is considered the center of the province of British Columbia.

“So, that is where high volumes of the waste are. And they were willing and interested,” says Gramm.

FortisBC also has a signed agreement with the regional district of Fraser-Fort George, BC, to build a project at its landfill, subject to the approval of the British Columbia Utilities Commission.

As far as the Delta project goes, the pipes are laid, and the ground is being prepared. Construction is slated to begin later in 2020 and should be complete in approximately 18 to 24 months.

“Our utilities commission is pretty progressive, and we have been able to do a lot more here than many jurisdictions have been able to. They have allowed us to do pretty good things for our customers,” says Gramm.

By purchasing RNG, FortisBC customers have helped reduce carbon dioxide emissions by more than 26,800 tons, which is equivalent to removing 5,600 cars from the road each year. It is estimated that the Vancouver project will cut emissions by another 12,500 tons a year.