What’s on the Horizon for Federal Food Waste Reduction and Prevention Policy? Part 1 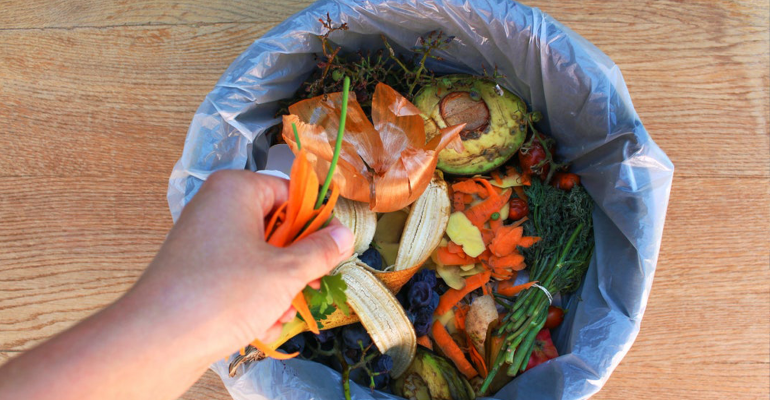 Advocates for federal policy around food waste reduction and prevention have been working for years to move the needle in this space; meanwhile we get close to 2030, the year that EPA has called for a 50% cut in food waste, which the country is far from reaching. ReFED reports it would require reducing the material by 45 million tons annually to hit the 2030 goal.

Advocates’ efforts to near that mark range from a push for standardized date labeling to other provisions introduced and reintroduced in the Farm Bill, to the latest: a new proposed Food Loss & Waste Policy Action Plan, and the formation of a national Coalition advocating for greater investment in composting infrastructure.

With a reborn commitment to addressing Climate Change, will we also see change in how food waste prevention and policy is viewed and addressed? Waste360 asked that and related questions to food system attorneys, an NGO, and a national research and advocacy organization focused on food waste prevention.

In this article, the first of a two-part series, these stakeholders make projections on if and how Congress and the Biden Administration will work together. They reflect on how very strained financial resources  could impact advancement of their proposed policies, and explore other anticipated and hoped for change.

Stay tuned for Part 2, which looks at an ambitious policy action plan created by partners who have some large asks of Congress and President Biden.

Waste360: What are your thoughts on how the Biden Administration and Congress may impact policy around food waste reduction/prevention?

Food Systems Transformation agent, Ethicist & Educator, Sterling College, VT: Given that the USDA is again under the leadership of Secretary Vilsack, as it was when food waste returned to the federal policy consciousness (after its initial appearance in the late 1990s), it is reasonable to expect a similar approach to the Obama-era, which is to say there would be increased attention to policy possibilities and possibly work with Congress to secure more funding for food waste-reducing programs.

Many anticipate a more muscular approach than the inadequate Trump-era posture of merely championing voluntary efforts by private sector actors.

And with the Biden administration’s attention to both climate change and green infrastructure, it is possible that we could see more public investment in composting and aerobic digestion facilities.

However, I’ve yet to hear of the really exciting possibilities gaining traction. By this, I mean concepts like building and funding the municipal and county food resource management infrastructure that helps capture, process, and redistribute excess food and can also serve as critical food distribution infrastructure in times of emergency or high local need.

Emily Broad Leib, director of the Harvard Law School Food Law and Policy Clinic: I do foresee the Biden administration taking action on this issue, and more importantly, I see Congress taking action. There are several bills introduced or about to be introduced that look at this issue, including the Food Donation Improvement Act, Food Date labeling Act, Agriculture Resilience Act, and others.

On the administrative side, re-entering the Paris agreement means that we will need to recommit to climate change action, and food waste reduction was a part of that for many countries and led to the initial U.S. food waste goal. Despite many competing interests, I am optimistic that this issue will remain at the forefront and will be included in Congressional and Administrative actions.

Vermont Law School: Given the Biden Administration’s whole of government commitment to tackling the climate crisis, which includes a focus on the food system, I anticipate we’ll begin to see some real momentum in policies that address food waste from production to consumption.

While other climate-focused policy interventions may be contentious, addressing food waste presents a tremendous opportunity for the Administration to curb significant emissions generated by food waste in landfills while addressing other prioritized societal goals including food security, farm viability, energy efficiency, conservation, and environmental protection.

Waste360: How do you think monies required for other crises (COVID-19 relief, disaster relief necessitated by a blitz of natural disasters, etc.) will impact prioritizing food waste under President Biden?

Broad Leib: Funding efforts to reduce food waste are well aligned with many COVID-19 relief efforts and, likewise, with efforts to prevent future climate-related disasters and provide relief to people affected by disasters. Adopting better food donation policies, for example, is one way to support families most affected by crises such as COVID-19 or  natural disasters, that impact access to food and the economy.

Additionally, we know that food waste is a big contributor toward climate change, and that climate change is drastically increasing the risk and frequency of natural disasters and crises.

Waste360: What have been impacts of COVID-19 on food waste, and how do you see the federal government responding to that?

Broad Leib: COVID-19 caused major market and supply chain disruptions that led to food surpluses and, as a result, food waste. These supply chain disruptions remain an issue, especially for small and mid-sized and minority- and women-owned farmers. Even as things reopen, we have heard that food waste remains a challenge because restaurants or food service operations can’t predict demand.

The federal government has taken steps to address these gaps, for example, through USDA’s Farmers to Families Food Box Program. However, this program had some weaknesses. We did an analysis of the F2FFB program, and found that while many people were very pleased with the program, it contributed to inequity in terms of the suppliers supported. It also did not address food waste specifically. We put in our report some things that could help to reduce waste (i.e., a tax benefit more tailored to farmers; tax benefit for transport; allowing food to be sold at low cost and get tax/liability benefits; requiring F2FFB distributors to have a food waste plan).

The F2FFB will end after May, and there is even bigger opportunity to take learnings of that program, and the new awareness of food waste, and develop programming and incentives to improve our food stewardship.

Waste360: Do you see the Senate, House, and President Biden working together on a solution? Do you anticipate roadblocks and, if so, how would you propose getting around them?

Alex Nichols-Vinueza, manager on the World Wildlife Fund Food Waste team: We developed a Food Waste Action Plan with other NGO’s. https://foodwasteactionplan.org/. Since the plan was released, we’ve seen real interest and collaboration from all three [House, Senate, and White House Administration] to explore food waste policy solutions. It's too early in the process to predict how it will all play out, but there certainly is momentum and a growing understanding that addressing food waste can have clear climate, job, and food security benefits, which support many of the administration’s current priorities.

Given prior bipartisan support, plus the current administration’s focus on climate change, this opens up great potential for renewed attention.

The biggest challenge will be maintaining and directing interest to get priorities enacted. This was a big reason we decided to launch the U.S. Food Loss and Waste Action Plan with ReFED, NRDC, and WWF when we did. The next steps are to really think about the ways that food waste reduction can fold into coming legislative vehicles: infrastructure legislation, Child Nutrition Reauthorization, and the 2023 Farm Bill.

Waste360: Has there been appeal made to federal government, and specifically to previous White House Administrations, for policy around food waste before? Has it made a difference?

Broad Leib: Yes and yes! Prior advocacy had impacts. It resulted in developing a national food waste reduction goal (2015) and the Winning at Reducing Food Waste Interagency Strategy (2019). Another success was the 2018 Farm Bill. Prior to that, there was not a dollar spent on food waste reduction or a single mention of the issue. After much advocacy, the last farm bill included nine separate programmatic, staffing, and funding priorities for food waste. Now we can build on that.

Waste360: Can you discuss needed policy when food cannot be saved for consumption? How do you believe compost should fit in?

Brenda Platt, director Composting for Community Initiative Institute for Local Self-Reliance: The U.S. EPA’s Food Waste Hierarchy rightly prioritizes the importance of not producing waste in the first place, followed by rescuing edible food. But it then lists industrial uses including energy recovery via digestion above composting. That’s a mistake.  Composting can be small scale and large scale and everything in between, but too often home composting, onsite composting, community-scale composting, and on-farm composting are overlooked.

Policies are sorely needed to encourage a distributed and diverse healthy infrastructure for composting and to encourage locally based composting solutions as a first priority over large-scale regional solutions.

Waste360 What is the ask of ILSR and the U.S. Composting Infrastructure Coalition of the Biden Administration? And what is your hopeful response?

Platt: Our ask of the Biden Administration, as well as Congress, is to include funding for composting infrastructure in the infrastructure bill. Recycling is infrastructure too! But do not privilege large-scale sites in the disbursing of those funds. Ensure a mix of sizes and program types are funded.

I’m an optimist so I believe we will see funding for composting infrastructure.

Action on the Hill looks promising for support of composting and compost use. On April 12, Senator Booker (NJ) introduced S. 1072, a bill that would in part provide $100 million per year in grants over a 10-year period for equipment for agricultural producers to carry out climate stewardship practices. On-farm composting is listed as one of two priorities for funding.

In addition, the U.S. Composting Infrastructure Coalition has been having conversations with the Biden Administration about composting infrastructure, and they have been promising too.

Waste360: How long do you anticipate real change could take? And what happens if another Administration from another party comes in in four years?

Nichols-Vinueza: The risk here isn’t an Administration change—the federal government’s interagency effort to halve food loss and waste is a rarity in that it started under the Obama Administration and continued under the Trump Administration. As our plan’s list of signatories shows, there’s broad support from citizens and businesses across the country to act on food waste, and real change is already happening at the city, state, and regional levels. It's just not happening at the pace or scale needed to meet our national commitment to reduce food loss and waste by 50 percent by 2030. To get back on track, we need the federal support our Food Loss & Waste Action Plan outlines now, so that municipalities and states further behind in this process can develop the necessary planning and infrastructure to keep food out of the trash.

Waste360: What are your hopes for the future around food waste policy?

Civita: My hope is that we can foster a nuanced policy dialogue around food waste that goes beyond mechanistic interventions — e.g., tax incentives that reward food donation but may encourage over-production and dumping; composting mandates that do not require wholesome food to be valorized or rescued, etc.

Finally, I’d advocate for really examining our approaches to all parts of food policy (especially examining food waste and conservation policy) through ecological and socio-cultural lenses, rather than just thinking about finance, supply management, and operational efficiencies, or even just mechanistically quantifying tonnage of waste or CO2e emissions avoided.

We need to bring a more holistic view to create solutions that dislodge us from the take-make-waste paradigm. We should set new cultural expectations about how we value and cherish — rather than just utilize our waste — we need to prioritize [food] as nourishment.