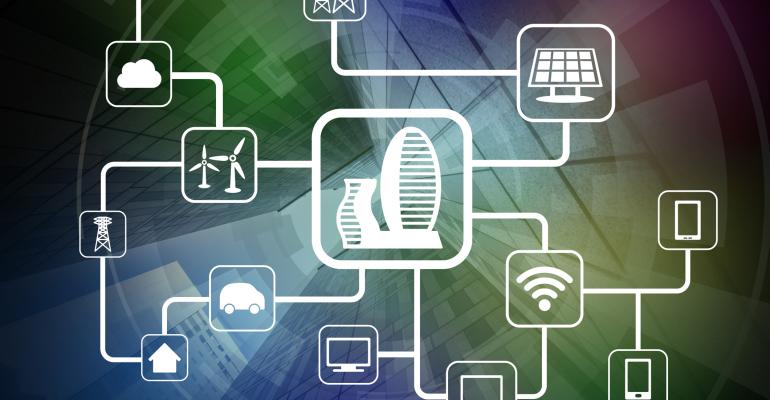 Technology can be used to understand waste volumes and problem areas.

Food waste is still a major issue in the U.S. About $218 billion worth of food is thrown out each year and 21 percent of landfill volume is food waste, according to Feeding America, a nonprofit organization based in Chicago that has a nationwide network of more than 200 food banks that feed more than 46 million people.

But what some companies need to consider is that technology has an important role to play to help reduce the amount of wasted food.

“Some of this technology is being slowly implemented upstream to track food as it moves from farm to processor to distributor to store,” says David Biderman, executive director and CEO of the Solid Waste Association of North America (SWANA). “On the disposal side, innovations involving digesters and other systems are being used to provide alternatives to landfill and waste-to-energy.”

Understanding the amount and percentage of food being wasted at each step of the supply chain is critical for farmers, processors, restaurants, bakeries and others so they can better understand the financial costs, says Biderman.

“This will drive investment in technologies and efficiencies that will, over time, lead to less wasted food,” he says. “Better data also drives employee and customer engagement on this issue, as an increasing number of people are interested in food recovery and waste diversion.”

Companies and local governments can utilize technology to understand their waste volumes and problem areas by performing periodic waste characterization studies to better quantify how much of the waste they are managing is food waste.

“Customers need to use scales/video to track and monitor wasted food,” says Biderman. “The challenge is that upfront investments may not have an immediate financial payoff but, over time, should lead to operational changes that reduce costs.”

Anne Germain, vice president of technical and regulatory affairs for the National Waste & Recycling Association (NWRA) agrees that food waste is generated at every point from harvest to the consumer and that data on food waste from each point would be helpful to understanding the entire issue. However, she also sees other ways technology and data collection can help reduce food waste.

According to Germain, from the beginning, technology has extended the life of food to stave off spoilage. Refrigeration, freezing and drying can all make food last longer so there is less waste.

“Of course, that sometimes means that people buy more than they need,” she says. “Besides extending the life of food, technology can help in other ways. Charities that accept usable food sometimes have too much of one food but not enough of another. Organizations are now making it easier for those charities to exchange what they have in abundance for what they need.”

Education about expiration dates can go a long way to helping people understand that food is safely edible beyond the date stamped on the packaging, says Germain.

“One misunderstanding is that not all food waste is wasted food. Banana peels, for example, fall under this umbrella—but no one is going to suggest that it is wasted food,” she says. “Data delineating the amount of wasted food from the entirety of food waste could go a long way to provide information about the limits to how far we can reduce food waste.”

The waste and recycling industry can help with education to reduce the generation of food waste. But once the waste arrives, technology can be used to convert the waste into energy and usable compost.

“Anaerobic digestion can harness methane generated from the biological decomposition of the food, and then the digested organic material can be used to enrich the soil,” says Germain.

With all the attention being given to China’s waste import restrictions since July 2017, food waste diversion has been less prominent an issue in many locations, according to Biderman.

“… We can all agree that we should waste less food, that the issue involves the entire supply chain, both upstream and downstream, and that it’s preferable to feed people and not garbage cans,” he says. “Food can also be repurposed as animal feed or used to generate energy. Food waste is an economic and environmental issue, but with children going hungry on a regular basis in both the United States and Canada, it is also a bit of a moral issue, and the waste industry needs to play a role.”