A digital tool called the Meal Prep Mate aims to reduce the amount of food that is wasted by consumers in the U.S.

Meal prepping has become a popular approach to cooking for busy people who are trying to eat healthy and save time—allowing them to prepare whole meals ahead of schedule and portion them out for days ahead. While this can be a good approach to healthy eating and planning, it can be difficult to accurately portion meals and can end up leading to food waste.

Approximately 40 percent of all food in the U.S. never gets consumed, with most of that waste coming from households—more than the restaurant industry, grocery stores or any other single part of the supply chain. Food waste also is a significant portion of the nation’s waste management stream. The U.S. Environmental Protection Agency (EPA) estimates that food makes up 22 percent of the waste sent to landfills.

To combat the food waste meal prepping can cause, the Save the Food campaign established by the Ad Council and the Natural Resources Defense Council (NRDC), recently released a digital tool called the Meal Prep Mate that offers a different take on meal prepping. It is aimed at reducing the amount of food that is wasted by consumers in the U.S. 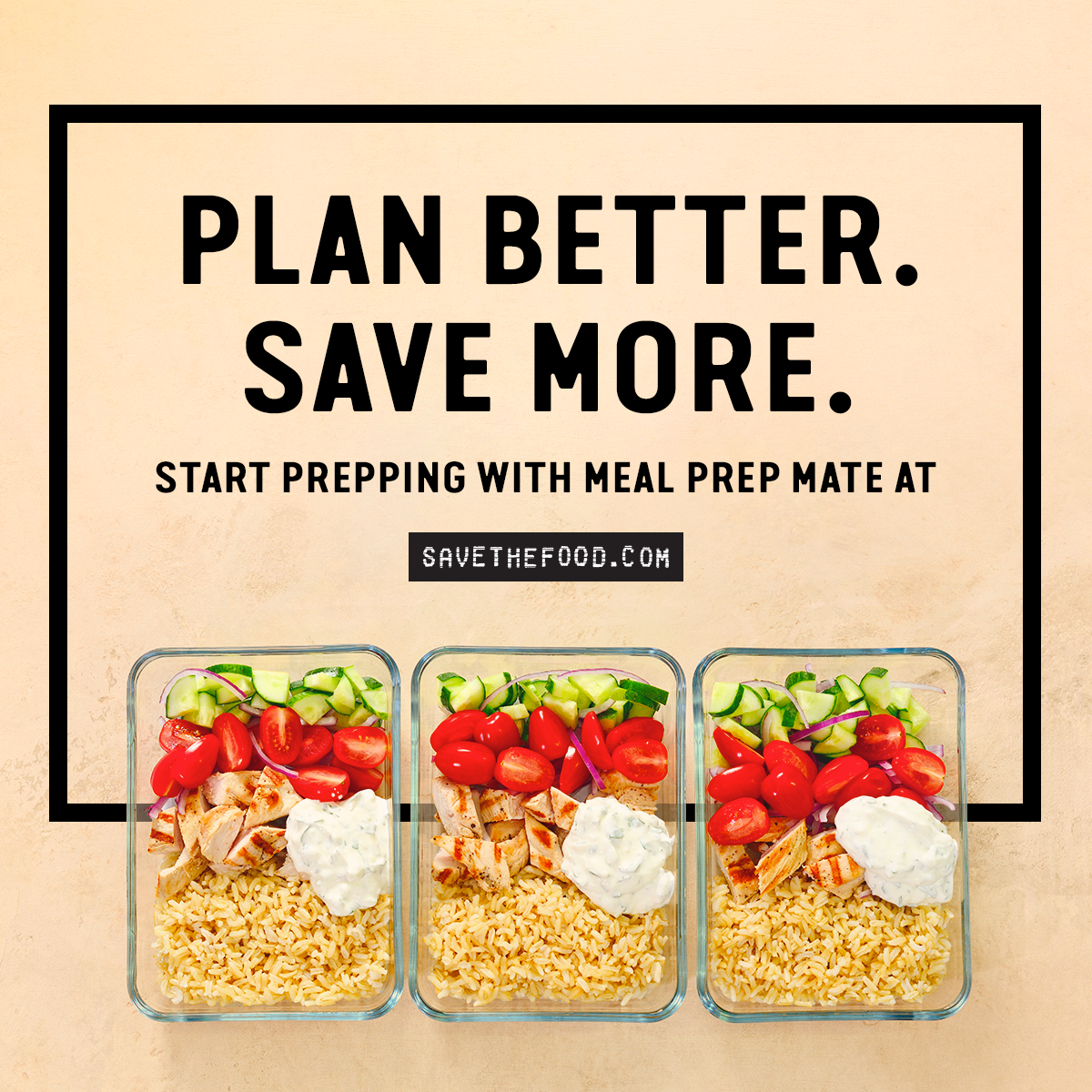 “Whether you’re a novice or a pro, the easy-to-use digital tool can help avoid over-purchasing and over-preparing by building personalized shopping lists, portioning meals and making use of what’s already in the fridge,” says Cece Wedel, vice president, group campaign director at the Ad Council based in New York City.

The tool was created by Publicis.Sapient, a digital transformation partner that is part of the Publicis Groupe based in Paris.

“If you’re new to meal prep, we have a handy guide to walk you through approaching the task to make the most of your food, time and money,” says Andrea Spacht, sustainable food systems specialist at New York City-based NRDC. “We outline some basic principles that will help you plan better, store food so that it lasts longer and portion it appropriately so that you have the right amount of food for the week.”

Users can choose to build their own customized plan or use one of Meal Prep Mate’s existing plans, with vegan and vegetarian options available. Prebuilt plans match recipes that focus on building block components and reusing common ingredients, so shopping lists are less complicated and lead to less waste.

“Or you can build out your own plan by selecting how many people, how many days and which meals you want to prep for,” says Spacht. “You select the ingredients you’re using, and Meal Prep Mate gives you a shopping list with the appropriate weights, a guide for how to store your ingredients and suggestions for ways to use up any remaining ingredients that don’t make it into your meals.”

It also provides a Waste-less Guide for how to best store and use up ingredients, as well as “remix meal” ideas to prevent home cooks from getting bored of their meals mid-week.

“We’ve done research that shows about 69 percent of residential food waste could have been eaten,” says Spacht. “Only 31 percent of what was discarded in our study was comprised of generally inedible parts like pits, bones and rinds. That means there are many million tons of food waste that could be avoided—on the order of 15 million to 20 million tons—if we could get all households on board with better planning, storing, portioning and using up the food they bring home.”

In April 2016, the Ad Council and NRDC partnered to launch the Save the Food Campaign, a national public service campaign to combat food waste from its largest source—people in their own homes. The initiative aims to raise awareness about the economic and environmental impacts of wasted food and encourage Americans to make simple lifestyle changes.

“We want consumers to know that small steps in our daily lives—from the grocery store to the kitchen—can add up to big savings. And we want to empower them take those steps,” says Wedel.

According to Spacht, preventing food waste is the most preferred means of managing waste.

“If we can prevent food from becoming waste in the first place, we don’t have to worry about processing it all,” she says.