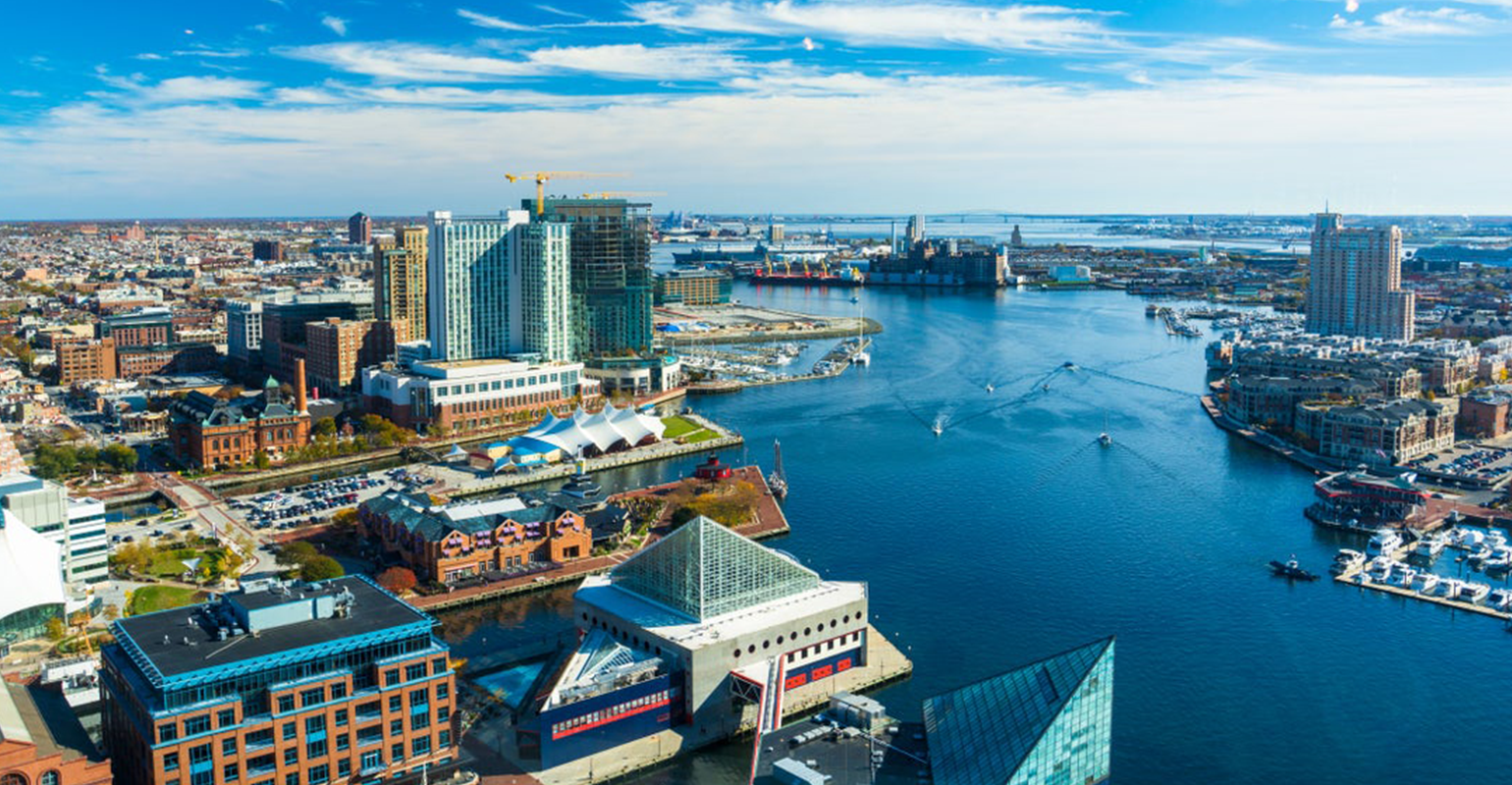 The Institute for Local Self Reliance (ILSR) an advocacy organization that works to empower local communities, helped support a compost cooperative in Baltimore, MD in 2016, planting a seed that would be the start of something bigger.

Ultimately all the players are creating a slow, steady ripple as this urban region reaches for the federal government’s target of 50% food waste reduction by 2030.

Sophia Hosain is the Institute for Local Self Reliance’s lead for Baltimore’s Composting For Community Initiative. She tells the story of the early compost cooperative and what has since come from it.  She was a large part of the story, having started the compost cooperative at one urban farm in Baltimore and later coming on board at Baltimore’s Office of Sustainability where she worked a one-year fellowship. She leveraged her relationships to help see that project grow.

“We took food waste from community members who dropped it off for free, and in return volunteered to maintain the compost site. From there we built a network that has grown to 13 sites around Baltimore City, with a collective capacity to process 200,000 pounds of food waste every six months,” Hosain says.

ILSR provides funding and technical support to the 13 network sites. And it teaches staff and volunteers how to compost.

“We train these network members to build and use three-bin compost systems, and we hope once they are trained, they will keep building compost systems across the city,” Hosain says.

In addition to supporting the composting network, ILSR partners with Baltimore’s DPW to do on-line home composting training with residents.

These activities fit in with other work that DPW does, working alongside the city’s Office of Sustainability.

“Residents already come here to drop off other items. We hope they will start thinking about food waste and take advantage of this new offering,” says Kristyn Oldendorf, chief, Office of Support Services, Baltimore City Department of Public Works.

This new resource expands on another program that quickly gained traction, where residents leave their food scraps at farmers markets. The farmers use them to feed animals or to make compost.

DPW is also looking to partner with ILSR and more local organizations that have composting on site, or experience with compost, to do workshops where residents can go there to see what composing entails.

“We are trying to start with awareness of what residents can do, and outreach is a big part of that,” Oldendorf says.

This year Baltimore started Trash Talk Tuesday, which is videos on DPW’s Facebook page, including those highlighting food waste reduction practices such as composting and food donation.
A department recycling newsletter gives tips on ways to reduce food waste at home. And Oldendorf and her team hand out a pocket guide at events on similar topics.

DPW, along with ILSR, also facilitates a food waste reduction working group of universities, hospitals, and composters to jumpstart work at large kitchens. Participants share ideas and discuss their efforts so they can collectively work to cut into the food waste problem at commercial and institutional levels. The working group focuses on topics like guidelines around safe food donation and how to audit waste to determine where it comes from, how much of it is food, and why it gets tossed.

“We also work with the Natural Resources Defense Council [in partnership with ILSR] who connected us with other cities doing food waste reduction work. This has been informative, and NRDC has supported Baltimore with funding and technical support. We have been fortunate to have a lot of good partners who are helping us reach our goals,” Oldendorf says.

Malcolm House is one of the 13 sites that are part of the Baltimore compost network. Workers deliver meals to homes and do curbside drop-offs, literally leaving off meals in neighborhoods on the streets.

“We recover thousands of pounds of food each week that would otherwise have gone in the trash. And we feed about 600 to 700 people in that timeframe,” says Ausar-Mesh Amen, Malcolm House’s lead coordinator for Food Distribution and facility manager for Composting.

“What is not of quality for human consumption goes to compost for our orchard – about 400 pounds of food scraps every couple of weeks –with some going to the community,” he says.

The plan is to reach a capacity to provide compost at larger scale in Baltimore.

Returning to DPW’s intentions: the agency has completed an operational plan with recommendations for waste reduction into the future, including around food waste. Some of the long-range suggestions are large scale, such as building compost facilities and doing curbside food waste collections.

“We are still in the planning stage. But we are moving forward on some of the shorter-term plans, what we can implement now that’s easier, like the community outreach and some smaller scale infrastructure [the drop off sites],” Oldendorf says.

“We are excited about the future of food waste reduction and composting in our city.”