What's Next in Refuse Fleet Electrification 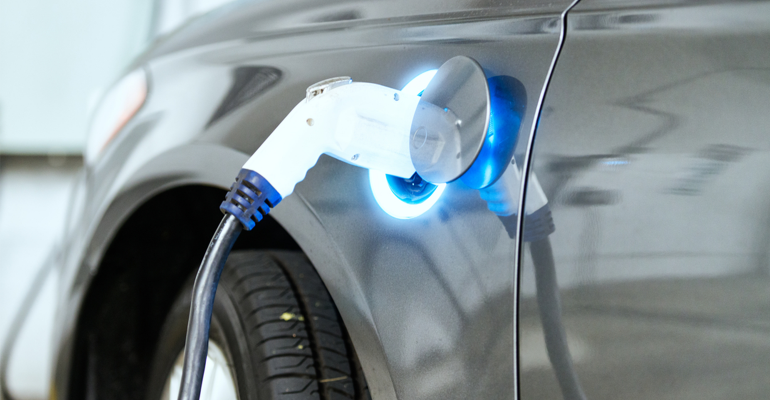 The solid waste industry has made great strides in recent years in converting trash trucks from diesel to natural gas. Now, electric vehicles appear to be the future. Where does the industry stand on the issue? Officials discussed “Future Steps Toward Refuse Fleet Electrification – What Comes Next,” at a session at WasteExpo.

The solid waste industry has made great strides in recent years in converting trash trucks from diesel to natural gas. Now, electric vehicles appear to be the future. Where does the industry stand on the issue?

Officials discussed “Future Steps Toward Refuse Fleet Electrification – What Comes Next,” at a session at WasteExpo.

New York City has ordered seven electric waste trucks that are expected by the end of the year, said Spiro Kattan, deputy director, Bureau of Motor Equipment, New York City Department of Sanitation. The city used a test truck in 2020, and “it met all expectations.”

The seven trucks also are capable of snow plowing, which in New York City is essential. “It will be the solution for our fleet (about 2,000 trucks) if successful,” he said.

One of the challenges will be the chargers. The city estimates it needs 177 on one network, and it will have to fit for a city often operating in tight spaces. “How much battery do you need?” Kattan said. “It’s connected to performance.”

Perhaps the biggest challenge in converting to electric waste trucks is infrastructure, and specifically, the garages. The city approached the issue trying to address all the issues up front, said Marty Munch, who’s in charge of those matters for the Department of Sanitation. “We only get one chance to get it right and keep it much cheaper,” he said.

The garage selected has been determined to be adequate for EV (electronic vehicles), is fire resistant and won’t require many upgrades, Munch said.

One major concern though is electrical service. The facility now provides 1 megawatt; it will need eight, Munch said. Consultants currently are looking at upgrading backup generators. The city considered solar for additional power but space is limited. The city is still pondering how many and what type of EV chargers to get. “If we continue to work as a team, we will bring it to bear,” he said.

The second largest city in the United States also is going down the electric route along with the nation’s largest city. Los  Angeles long has been aggressive environmentally, and 86 percent of its fleet currently runs on liquefied natural gas, said Robert Potter, sanitation solid resource manager II, Los Angeles Sanitation and Environment. The city began looking at electrification. “We were working on solutions, but then it became a goal.”

Now the city intends to convert its entire fleet to electric by 2035. That’s a challenge for a city that can have as many as nine separate trucks on the road any day because of recycling, Potter said.

The department started by reaching out to vendors. “The challenge was battery capacity,” Potter said, to minimize having to make more trips out. The conversion had to be one electric truck for one gas truck, not more than one.

Like New York, Potter saw the infrastructure as “the stiffest challenge. Now we have to upgrade the facility. And the planning needs to happen earlier with infrastructure because it will take longer.”

There were some fails as the city experimented. Los Angeles needed to pick up 1,000 cans and run trucks 100 miles a day. The city came up with total power capacity of 396 kilowatts, which should be enough to power a small neighborhood, he said. Now the hope is for the first electric trucks to be in service by the end of the year.

A city with quite different challenges is the Dallas suburb of Plano. The city started going green several years ago with natural gas trucks, and it recently went with one of the first hybrid waste trucks in Texas, said Michael Ellis, fleet services manager for the city. Currently Plano is experimenting with a fully electric truck, and officials hope to put it in service a year from now, with a second truck in October 2023.

“We hope to gain in this area, but we’re never going fully electric,” Ellis said. “Texas is a big oil state. We don’t have the infrastructure; it’s all now in one facility. This is a huge cost to the organization. There’s a lot of scalability issues.” The city is hoping for some government funding.

One of the bigger advocates of the conversion to electric waste vehicles is the Electrification Coalition. With most of American transportation dependent on oil, “We’re vulnerable until we can rely on home-grown electric,” said Will Drier, policy manager for the association.

The EC has a support program for states with about $7.5 million available for electrifying fleets. And nationally there is about $350 million available from the federal government. There are also tax credits. “An opportunity is there,” Drier said.

In an instant audience poll taken with the app Slido, 40 percent of the group felt that significant electrification of waste fleets would “definitely” happen in the next five years. And 61 percent said they thought the issue was “very important” to politicians.

In the audience question period, the New York City team was asked about driver feedback on the EV truck. Kattan said the city made sure the union was brought in early and part of the process.  The drivers asked for white noise to be added so the trucks can be heard down the street.

Asked if the EV trucks are quiet enough to run at night Kattan said that is possible. But Potter pointed out that a waste truck has other moving parts that are still noisy.

Potter also said the body on their experimental truck is exactly the same as the existing trucks. “It’s just a different drive train.”