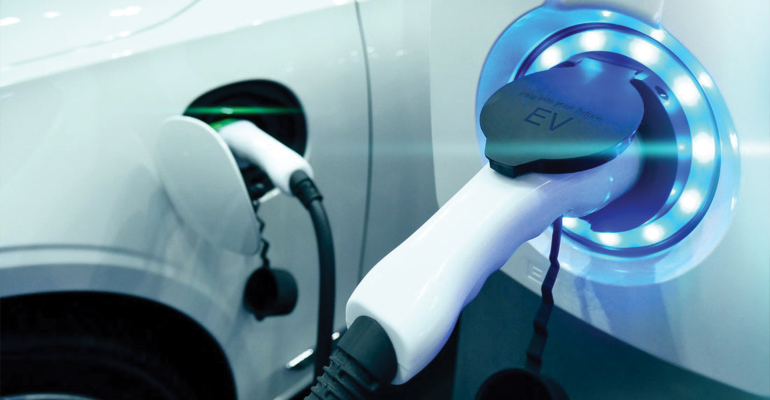 Transportation electrification is at top of mind for consumers and policymakers, and the shift to this technology will happen at scale in time. Electrifying federal fleets, the largest in the market, would accelerate the transition, helping to reduce oil dependency and greenhouse gas emissions while saving money.

Those are among main takeaways of a webinar of the Electrification Coalition and policy tech firm Atlas Public Policy, who jointly released a report that concludes 97% of buses and light-duty vehicles in the federal fleets could be replaced by electric vehicles (EVs) by 2030 at cost savings over traditional vehicles. Up to 40% could be replaced at savings by 2025.

The study focused on light duty and buses but not trucks because of a lack of good data on the latter, said Nick Nigro, founder of Atlas Public Policy. Though he said once good pricing information is available for trucks, the data can be plugged into the tool the researchers used to figure out how electrification would pencil out.

An open-source app was leveraged to do a vehicle-by-vehicle analysis comparing conventional vehicles with EVs. The study authors focused on federal fleets, which total 315,000 light-duty vehicles and buses, excluding the U.S. Postal Service.

“We looked to see what total cost of ownership looks like for electric. We looked at fuel costs, pricing of vehicles, maintenance. … We were looking to see at what point electrification makes sense,” Nigro said.

One particularly compelling high-level stat was, if all vehicles were electric by 2030, savings would translate to $1.18 billion. Though total transition by 2030 is not realistic; there is work to do around infrastructure, and economics are improving but need to improve more.

Some of the conversation centered on benefits that could come from  electrification of the U.S. Postal Service (USPS) fleet alone. With 192,000 vehicles, it runs the largest federal agency fleet in the country.

“Having them move toward electric fast will have a benefit from an awareness and economic stand,” Nigro said.

USPS could run EV fleets cheaper than conventional by 2025, and potentially save $2.9 billion.  By 2030, USPS could save $4.6 billion, according to the study.

Besides the agency’s size and the resulting potential for impact, it was pointed out that USPS has a fitting set up to advance infrastructure –centralized depots for battery charging stations. Space and other resources for charging have been a large hurdle in scaling EV.

Ohio Congresswoman and Democrat Marcy Kaptur who has advocated for moving the needle on electrification said that with this technology comes a need to retrain the workforce and address a labor shortage. Now auto dealers do not have enough mechanics to repair vehicles, and electrification will drive demand for even more of them.
“We need a section to create retraining programs including to bring in new employees … We have to adapt, invest, and promote new vehicles but also remember the people who do the work,” Rep. Kaptur said.

“People talk about cars but not the people who run them and the systems and tools required to do this. We need to think about this.”

Rep. Kaptur also called out the importance of having multiple stakeholders work with the industry, including private sector, mayors, and transit authorities “who could be strong voices for electric vehicles at the federal level, and work nationally to build a coalition.”

She suggested Congressional constituents meet with local auto dealers to learn of their needs and work with SAE (formerly the Society of Automotive Engineers) to further support the transition to electrification.

Rep. Kaptur, like other speakers, also broached the proposition of making USPS the lead agency in the electrification space. They are ideal recipients of money from the federal infrastructure bill to set up charging stations at scale she said, further commenting, “They already own the property. And think about if you add the Department of Defense to be a leader in electrifying vehicles. They could be showcasing [what] the future [can look like].”

For now, the markets for both light-duty and heavy-duty trucks are small but growing rapidly as battery costs decline. Nigro said to anticipate acceleration, predicting that the truck numbers are “likely to look good in the near term.”

The conversation moved to greenhouse gas emissions. The report concluded that by 2025 the number of cost-competitive electric federal vehicles that could be on the road [excluding USPS] would cut 3.2 million metric tons of emissions over EV’s life span. At the potential scale by 2030, that number would jump to a 7.6-million-metric-ton- emissions reduction. Looking only at USPS ICE vehicles, there is potential to cut emissions by 12.8 million metric tons by 2025.

Ripping [out] drive trains and replacing them with electric is expensive, Nigro pointed out. But like Di Filippo he projects a positive future. He said as manufacturers mass produce the industry is seeing better price points, particularly in the medium- and heavy-duty space.

Nigro noted that as federal fleets pave the way, private fleets will be able to move quickly. They will not have to go through the same processes to change operations.

“There is a lot of work upfront to ensure we can deliver power to big sites, but the federal government is a great institution to demonstrate how to do that,” he said.

Electrification Coalition Executive Director Ben Prochazka echoed this message in a statement. “The sheer scale of the federal fleet represents an enormous opportunity for progress on all these fronts. And because the federal fleet is such a heavyweight consumer in the vehicle market, electrifying the fleet would stimulate EV manufacturing and sales in the United States.”