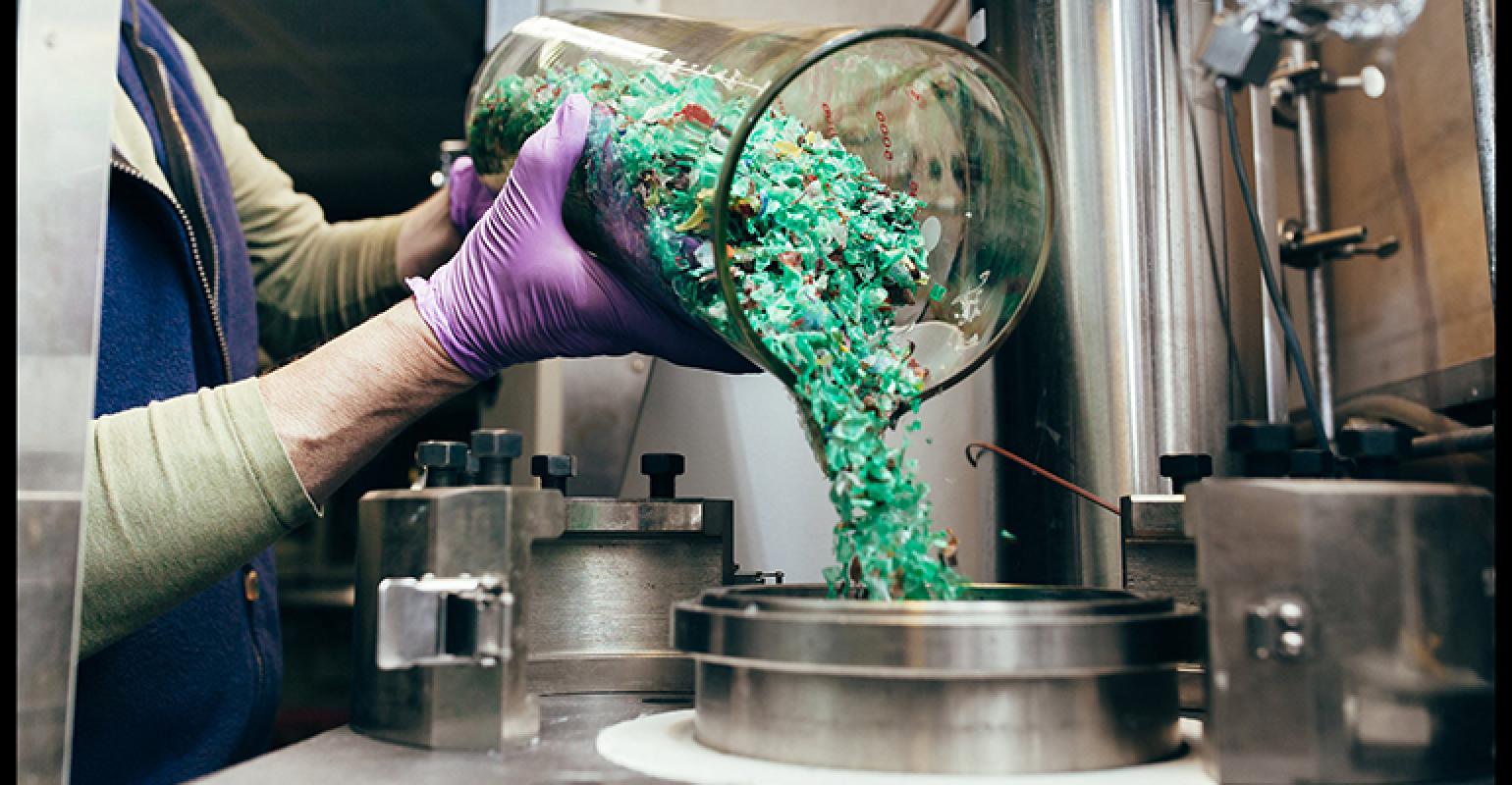 In 2015, plastics generation was 34.5 million tons in the U.S., which was 13.1 percent of municipal solid waste generation, according to the U.S. Environmental Protection Agency. Polyethylene terephthalate (PET) plastics, those commonly used in food packaging and polyester clothing, made up a good part of that number and were recycled at a rate of only 29.9 percent in 2015.

To transform plastic and increase recycling, San Francisco-based IBM has developed a new technology called VolCat, a catalytic chemical process that can turn PET into a renewable resource through a combination of chemicals, heat and pressure. Short for volatile catalyst, VolCat is a chemical recycling process discovered at IBM Research-Almaden that selectively digests PET, the plastic used in consumer goods labeled with the No. 1 recycling label in the U.S.

“VolCat begins by heating PET and ethylene glycol in a reactor with the catalyst. After depolymerization is complete, the catalyst is recovered by distillation from the already heated reactor,” says Greg Breyta, senior technical staff member for science and technology at IBM Research-Almaden in San Jose, Calif.

The reaction solution is filtered, purified and then cooled, and the solid monomer product is recovered by filtration. The recovered liquid, along with the catalyst, is then reintroduced back into the depolymerization reactor in an energy-efficient cycle. The monomer produced by the process is used to make new PET, which can then be recycled again after its use.

PET-based plastic bottles, containers and fiber are collected, ground and combined with a chemical catalyst in a reactor set to above 200 degrees Celsius. With heat and a small amount of pressure, the catalyst is able to selectively digest only the PET plastic, and the process separates contaminants from the material that is the starting point for new PET. This material, called monomer, takes the form of a white powder, which can be fed directly into a polymerization reactor to make brand new food-grade PET. 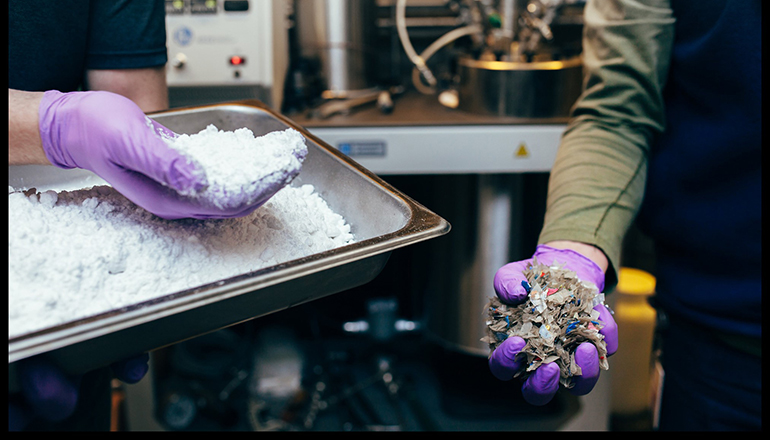 “The team of researchers behind VolCat imagine the system being used at recycling and polyester manufacturing plants worldwide,” says Breyta. “Currently, polymerization of polyesters like PET use ingredients derived from petroleum. With VolCat in the future, recyclers could minimize or cut out the fossil fuels by simply attaching a VolCat system between the recycler and the polymerization facility to make new plastic directly from the old.”

According to Breyta, the goal of this technology is to make PET recycling more technologically and economically feasible.

“VolCat can make plastics recycling more efficient and more versatile in treating unsorted, dirty, mixed plastic waste than its predecessors,” he says. “Unlike traditional mechanical recycling, VolCat can break down both colored and clear plastics, as well as dirty and clean containers, producing a high-quality final product that is 100 percent recyclable.”

VolCat is moving from the lab phase to the pilot phase.

“We are currently in conversations with industry and academic organizations about potential pilots and welcome additional members of the community interested in collaborating with us to further develop this process,” says Breyta.

This technology is part of IBM's annual "5 in 5" predictions detailing five innovations that will help change our lives in the next five years.

According to IBM Research, the other predictions released this year, which all focus on transforming the food supply chain, include advancements in farming data, blockchain to prevent food waste, mapping the microbiome to protect from bacteria and artificial intelligence sensors to detect foodborne pathogens.