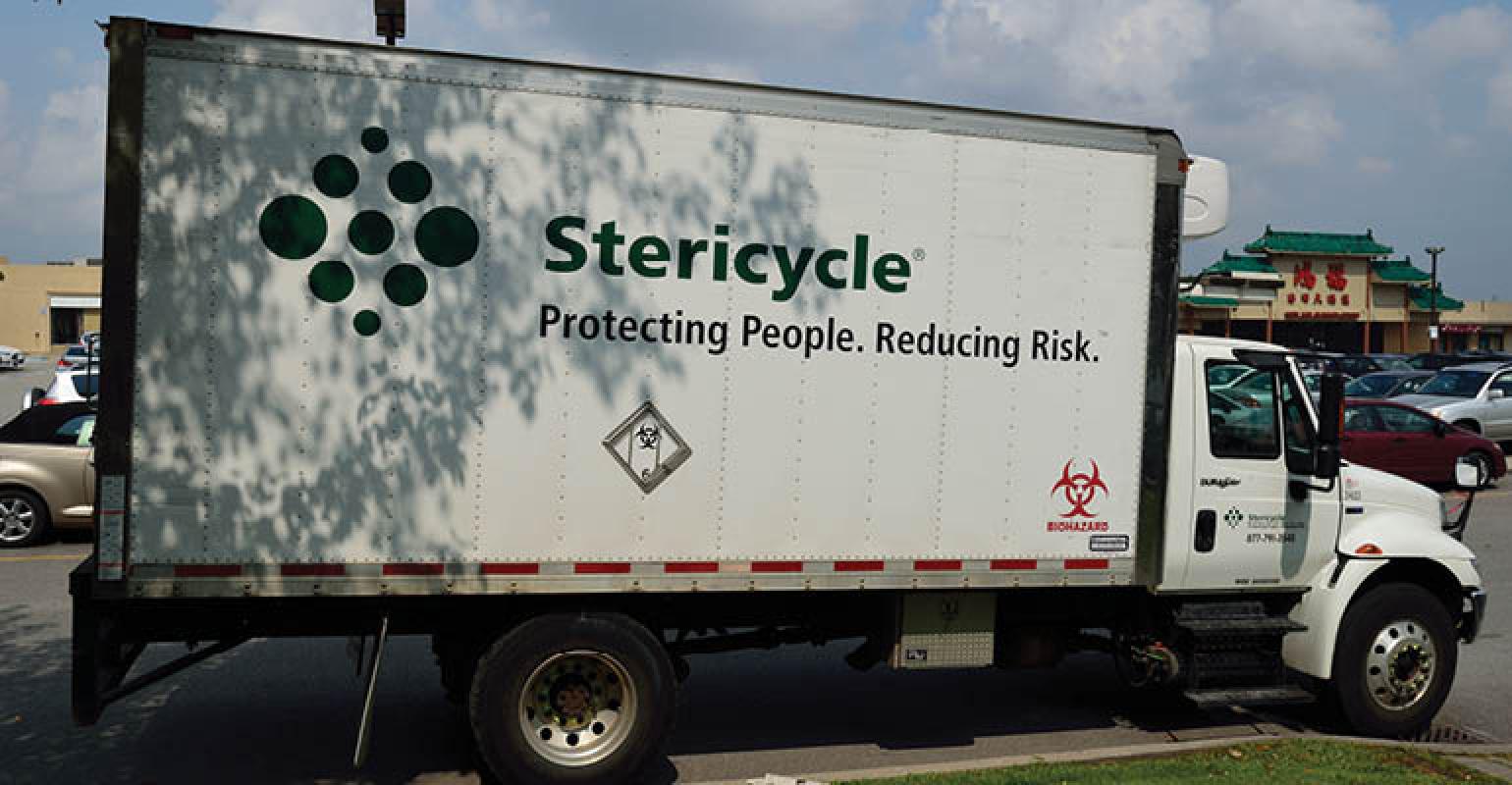 How Stericycle Improved its Fleet Performance

Well before talk of key performance indicators, or KPIs, that would be used for a major routing and dispatch improvement project at Stericycle that's gone on through the 2010s, there was a lot of attention to the project's underlying framework. That's a key to the project's success, and part of what the project improved was the accuracy of data being measured in the first place.

The goal of the project was to move upward from the about 95% of on-schedule pickups that was already the case at the company in 2010. Stericycle is based in Lake Forest, IL and provides document shredding and medical waste removal across the country, among other services, and chose to focus first on the latter for performance gains.

"The health care side of our business is mostly pickup and disposal of biohazardous waste," explained John Shalaby, vice president of continuous improvement for Stericycle Compliance Services. "We dispatch around 1,200 trucks a day to do those services in the United States."

The basic target for the performance-improvement project was to come up with better routing, boosting customer service and Stericycle's own bottom line in the process. And it had to include getting buy-in from all levels of the organization, Shalaby said, for several reasons.

"You have to make sure it's important" to the company, he noted, and that senior leadership is on board with the idea. Mid-level management such as regional vice presidents was just as important, since those execs would be in charge of facility operations and accountability, implementing and seeing to various changes.

But to really get at routing, Stericycle very particularly involved its drivers. "We had to get that front-line buy-in," Shalaby told Fleet Owner. "We really wanted to get the drivers involved in the feedback of route plans. What we tried to do is say, 'Alright, here's your plan that we came up with; tell us what works and what doesn't, and we'll take a look at it.'"

So the company worked to bring "everyone into the process," he said, and also put together a group of "the smartest people from around the organization — those who are really logistics- and transportation-focused" to help drive the performance improvement project. Before any new technology was brought in as part of the equation, though, another imperative was to standardize processes like data capture, driver check-in and dispatch across all Stericycle facilities.

"We did a lot of prep work before we even started talking about KPIs," noted Shalaby. From there, not surprisingly, technology also would play a critical role.

All adds up to time

The tech tools Stericycle turned to in driving the project were Omnitracs' Roadnetrouting, dispatching, tracking and data analytics products. And it was now time to bring in those KPIs — though that was another reason the underlying project structural work was necessary.

"All of our KPIs were actual vs. planned," noted Casey Crawford, director of logistics at Stericycle. "So if you don't have a good plan — like we say our route is 12 hours and it's really eight — it doesn't do anybody much good.

"We wanted KPIs to help us make our route plans appropriate," he continued. "We had KPIs at a high level, but we weren't moving the needle yet. We wanted to get to the driver level to see who was performing and who was not performing, and also to see how the route plans we were creating were."

Ultimately, the performance measures needed all boil down to time. To make larger, overall gains, an efficiently operated pickup-and-disposal-type fleet needs to identify and squeeze out all the idle and wasted minutes it can find.

One measure was route hours, which is the time from when drivers depart a facility until they return, or time on the road. Route mileage was key in reducing distance and fuel consumption as much as possible. Stericycle also rolled in late starts, or drivers leaving even a little later than planned.

"People may not think of that very much, but if a driver gets out 15 minutes late, it may cost 45 minutes or more on the road in traffic," Crawford explained. On a related note, the company examined "AM-PM time," or how long it takes drivers to arrive at work and then get on the road on duty and subsequently arrive back at a facility and punch out.

"You might be able to save 10-15 minutes per driver, and when you add that up to 1,200 drivers on our health care side [of business], that's a lot of minutes every day that might just be being wasted just because you don't have a process in place," Crawford said.

Still another KPI Stericycle honed in on was "brake-to-brake time," he noted, and that's a driver's time at a stop providing services. It's a major part of the equation and amounts to about 50-60% of total route time, according to Crawford, and Roadnet's tools allowed the company visibility into when each truck stopped and started moving again.

"The brake-to-brake aspect, our focus on that, has been tremendous for us," Crawford said. "We can put together better route plans and we know what our head count should be," he added, instead of planning for too many or too few routes.

The results from the program have been eye-opening, but didn't happen overnight. After measuring the selected KPIs over 18 months, Crawford said, Stericycle saw a 38% improvement in that brake-to-brake time. The company cut down the number of late starts from about 18% to half that. Overall mileage was reduced by 62%, and stops per hour — an overall efficiency indication Stericycle sought to maximize — increased by 80%.

But with those mileage and efficiency gains, Crawford added, "some of that is improving data integrity, and some is real gain." So it's difficult to pinpoint at first how much of the improvement is better data and data capture and how much is due to better routing and changed driver behavior.

And that will be an ongoing journey that includes expanding better routing and processes to other portions of the company's business, Shalaby pointed out. "As long as we're driving this thing, we're going to continue to look for ways to do things best and be the best in class," he said. "That's our mission."