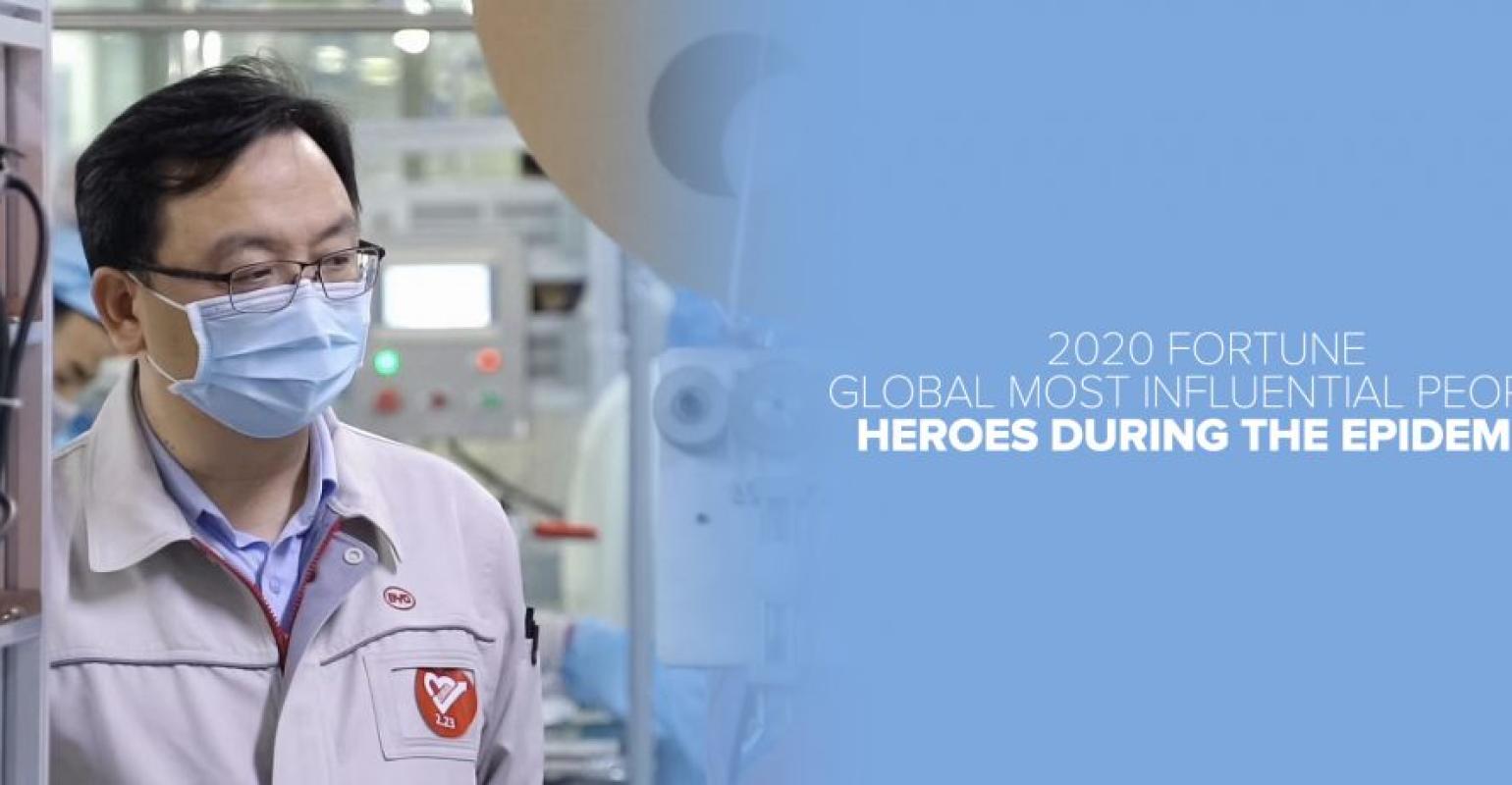 Fortune Magazine Named BYD Chairman to Its “Most Influential People: Heroes During the Pandemic"

BYD, which stands for Build Your Dreams, the world’s leading electric vehicle company, announced that its chairman was named to Fortune magazine’s “Most Influential People: Heroes During the Pandemic” list.

"Wang Chuanfu was one of the first business leaders to move quickly to produce anti-epidemic materials," the magazine notes. “Wang Chuanfu set up a special working group to design and build a production line to manufacture much-needed masks and hand sanitizers. The Shenzhen-based electric vehicle manufacturer has become the world’s largest maker of medical masks.”

In a note about its list, published April 21, 2020, Fortune Global, a partner of Fortune Magazine, said the nomination process focused on those who “stood up at the moment that determined the destiny of mankind and fought for the well-being of all people in the world.”

As soon as it became clear that COVID-19 could become a public health crisis, BYD began retooling its manufacturing so it could produce much needed Personal Protective Equipment (PPE) for health care workers. In a matter of weeks, BYD became the largest mask manufacturer in the world.

In the United States, BYD has pledged to donate $1 million in necessary supplies to first responders, essential workers and others in need throughout California.