Home>Fleets & Technology
Waste Expo
BROUGHT TO YOU BY 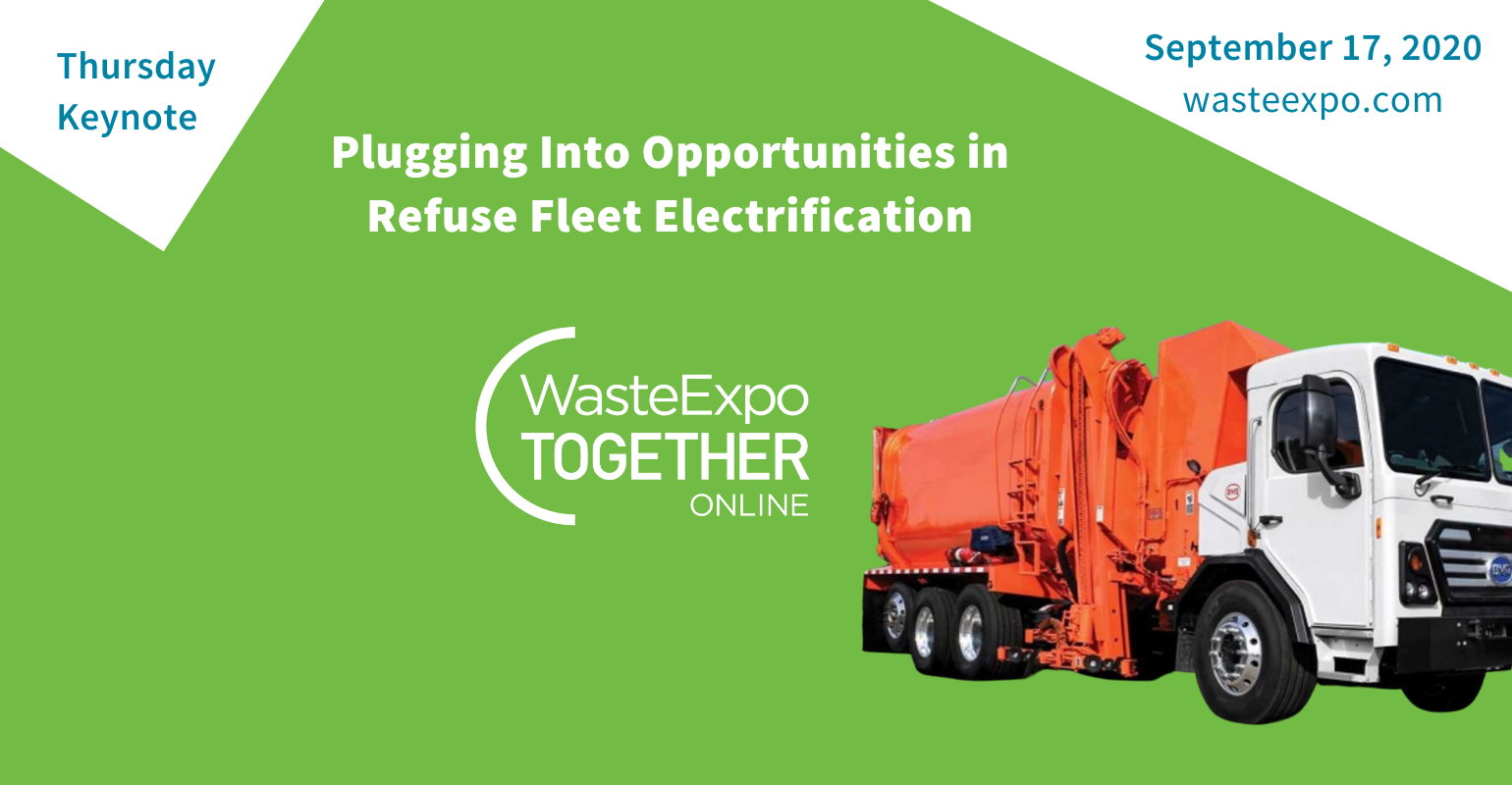 Electric power for refuse trucks is a wave of technology that promises to drive the waste industry into a greener future— both in terms of increasing sustainability and reducing vehicle operating costs.

Private haulers and municipalities, along with their blended partnerships, are already excited about what benefits electrifying their trucks may deliver. But there’s a lot to think about and learn about. On the one hand, battery-charge limitations management and driver training requirements need to be addressed when shifting to electric. On the other hand, electric drive ushers in emission-less operation that also is quieter and may allow for less elaborate maintenance.

In the WasteExpo Together Online keynote session on September 17, executives from two of the nation’s largest city sanitation operations and top representatives of several refuse-truck builders discussed some of the opportunities and the challenges that come with switching to electric power:

Kicking things off, moderator Andy Campbell, supplier development supervisor for Sourcewell, a contract-purchasing organization based in Staples, Minn., pointed out that while the panel included “representatives of two of our nation’s largest cities, the content they will be sharing is scalable in nature. Scale may be different, but all elements and aspects discussed today are transferrable.”

New York City’s Rocco DiRico and Los Angeles’ Robert Potter both noted that specific carbon-neutral and electrification goals set by the mayors of their respective cities are driving their adoption of this technology. Los Angeles Mayor Eric Garcetti has set an overall goal for city operations to be carbon-neutral by 2050, said Potter, and “LASAN itself has a commitment to run an entirely electric fleet by 2035.”

DiRico advised that Mayor Bill DeBlasio’s OneNYC 2050 strategic plan includes the goal of achieving a 40% reduction from a 2005 baseline by 2030. What’s more, the mayor also issued an executive order with the goal of New York City fielding “an all-electric carbon-neutral fleet by 2040.

“It’s nineteen years away, but 2040 is only three lifecycles away for us and we want to replace the entire fleet [with electric trucks] in those three cycles. That’s why DSNY is already engaged in testing battery-electric refuse trucks. “We’re looking forward to testing the new 72,000-pound rated Mack LR Electric.” He said that the department will be closely studying charge times for the battery-electric truck and praised the vehicle for being “so quiet you have to add noise in to make it safe [operating on city streets].”

DiRico said he will be testing the LR on plow duty this coming winter to see if available charging infrastructure will allow the range needed to complete a 12-hour shift clearing the roads. “Charging infrastructure is a major challenge. You need 480 volts coming into the garages to charge trucks quickly. I only have a handful of those now; we need grant money to help with the upgrading costs,” such as having large enough piping to run higher-voltage lines into the garages.

“Initially,” he continued, “we can solve the problem [of not enough charging] with pre-charged batteries that we can swap out after a shift. And we will need space to store the batteries. “Still, I don’t think infrastructure will be a permanent obstacle. We will be sweating it on the way there. But it is a must-do. There’s no question we will attain the 2040 goal.”

Speaking of the march of time, Potter said to think of electric trucks as part of the “long-term sustainability of using renewable fuels.” He noted that with 86% of the LASAN fleet now running on compressed natural gas, it already has extensive experience with sustainable fuels.

John Gerra recommended seeking a “turnkey solution” to charging. For example, he said BYD Motors will “work with a fleet’s local utilities to determine the optimum way to bring enough energy into a facility to charge the vehicles there. In addition, we will help select the charging infrastructure and software for ‘smart’ charging at the site.”

He noted that beyond concerns about charging infrastructure, training drivers should be top of mind. “Maintenance is less than for a conventional engine, but drivers need to be brought up to speed on how driving an electric vehicle is different. Once that happens, they find they like the smooth operation, nice power and torque delivery, and clean, quiet operation” of electric drive.

Mack Trucks’ Jonathan Randall said “electric power makes perfect sense for refuse applications. You have a closed-loop operation and heavy stop-and-go use that takes advantage of regenerative braking,” which uses the electric motor as a generator to convert kinetic energy lost when decelerating into energy stored in the truck’s battery pack.

He pointed out that in addition to reducing emissions, sales points for electric trucks include giving refuse operations “the opportunity to save on maintenance costs, provide a better working environment for the driver, and allow for less social impact.”

While manufacturers of course strive to continuously expand their product offerings to meet market needs, Don Ross of New Way observed that the refuse truck builder specifically “got involved with electric based on two customers who had existing collection contracts that required battery-electric trucks.

“These types of government mandates help drive new innovations and the technology is then improved by suppliers as demand for it increases,” he continued. “While historically compressed natural gas has been the go-to sustainable choice, now both those customers and those who never adopted CNG are looking now to go to battery-electric trucks.”

As to how to get the electric ball rolling, LASAN’s Potter offered what he called “timeline advice.” He said to “start by piloting the technology first; work with a manufacturer to study one or several trucks in your operation-- you want to work out any bugs.” And since you won’t get there overnight, he stressed the importance of “allocating funds in the budget ahead of time, so you can take a phased-in approach.”