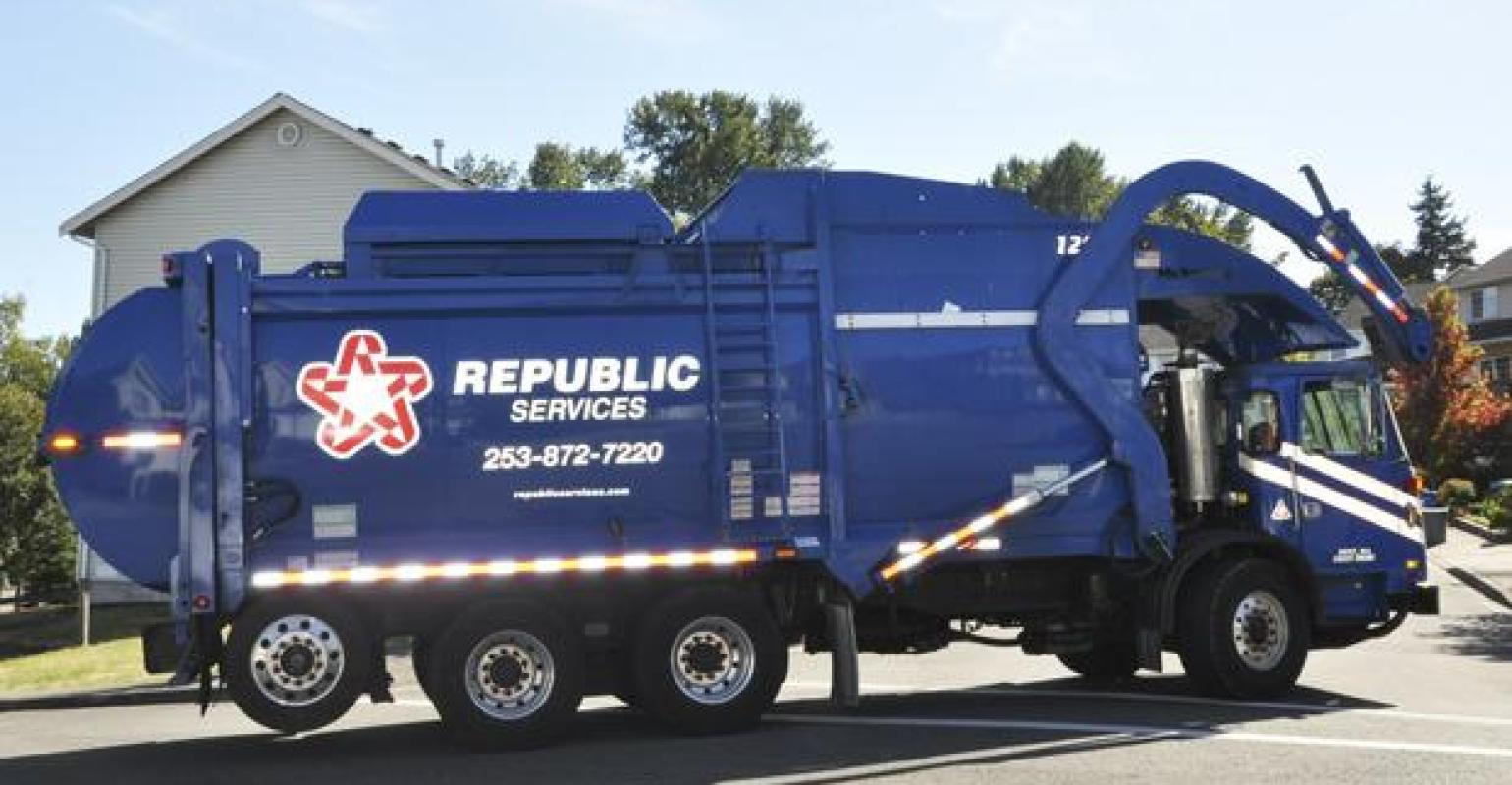 During a call with investors, Republic addressed its sanitation strike in the Northeast and provided a preliminary financial outlook for 2020.

"We are pleased with our third quarter results. The team's continued ability to tightly manage costs and capitalize on favorable solid waste trends enabled us to price in excess of cost inflation and expand underlying EBITDA margin by 60 basis points. During the quarter, we invested $275 million in acquisitions, further strengthening our leading market position and increasing the scale of our operations," said Republic Services CEO Donald W. Slager in a statement. "We now expect to outperform our original 2019 full-year adjusted EPS [earnings per share] guidance and achieve the upper end of our adjusted free cash flow guidance range. The momentum in our business and stable economic backdrop position us well for continued growth in 2020."

During an October 30 call with investors, Slager noted that in Q3, the company continued to see additional weakness in global recycling commodity markets and further declines in U.S. rate counts and drilling activity.

“Despite these macro headwinds, the business is performing ahead of plan. As a result, we are raising our full-year adjusted EPS guidance from $3.28 to $3.30, and we expect to achieve the upper end of our free cash flow guidance range,” he said. “In the third quarter, we generated $372 million of free cash flow and approximately $1 billion of cash flow year-to-date. We believe investing our free cash flow in acquisitions is the best way to increase long-term shareholder value.”

“Our acquisition pipeline remains robust. For the full year, we are on track to invest approximately $550 million and believe 2020 could be another strong year of acquisitions,” added Slager.

In addition, Republic Services was recently certified as a Great Place to Work for the third consecutive year. During the October 30 call with investors, Slager congratulated the team for this acheivement.

“We believe an engaged and diverse workforce is the greatest indicator of our success. This is yet another recognition of the inclusive culture we are building at Republic, one where the best people come to work,” he said.

During the Q&A portion of the October 30 call, one investor asked Republic about the sanitation workers currently on strike at Republic Services in Marshfield, Mass., who extended their picket line to Seattle earlier this month. The striking workers, members of Teamsters Local 25 in Boston, began their strike on August 29 after claiming Republic refused to agree to a contract “with a livable wage and affordable healthcare.”

In response, Slager explained that this strike has been “incredibly narrow.” “This is one business unit in the Northeast, and we are bargaining in good faith; our team is doing a great job. We hope to get back to work soon. There have been a couple of one-day strikes in a handful of markets, but the good news is customers are not disrupted. We are getting the recycling and garbage off the ground, given those minor disturbances. From a cost standpoint, it has been nominal for the quarter.”

During the call with investors, Slager said, “Given the predictability and consistency of our business, we are providing a preliminary outlook as we have in prior years.” Here is Republic’s preliminary financial outlook for 2020:

"We expect current business and economic conditions to continue into 2020, positioning us well for another year of strong pricing, positive volume growth and continued EBITDA margin expansion,” said Slager in a statement. “Additionally, our acquisition pipeline remains robust, and we believe 2020 could be another strong year of investment, similar to 2019."