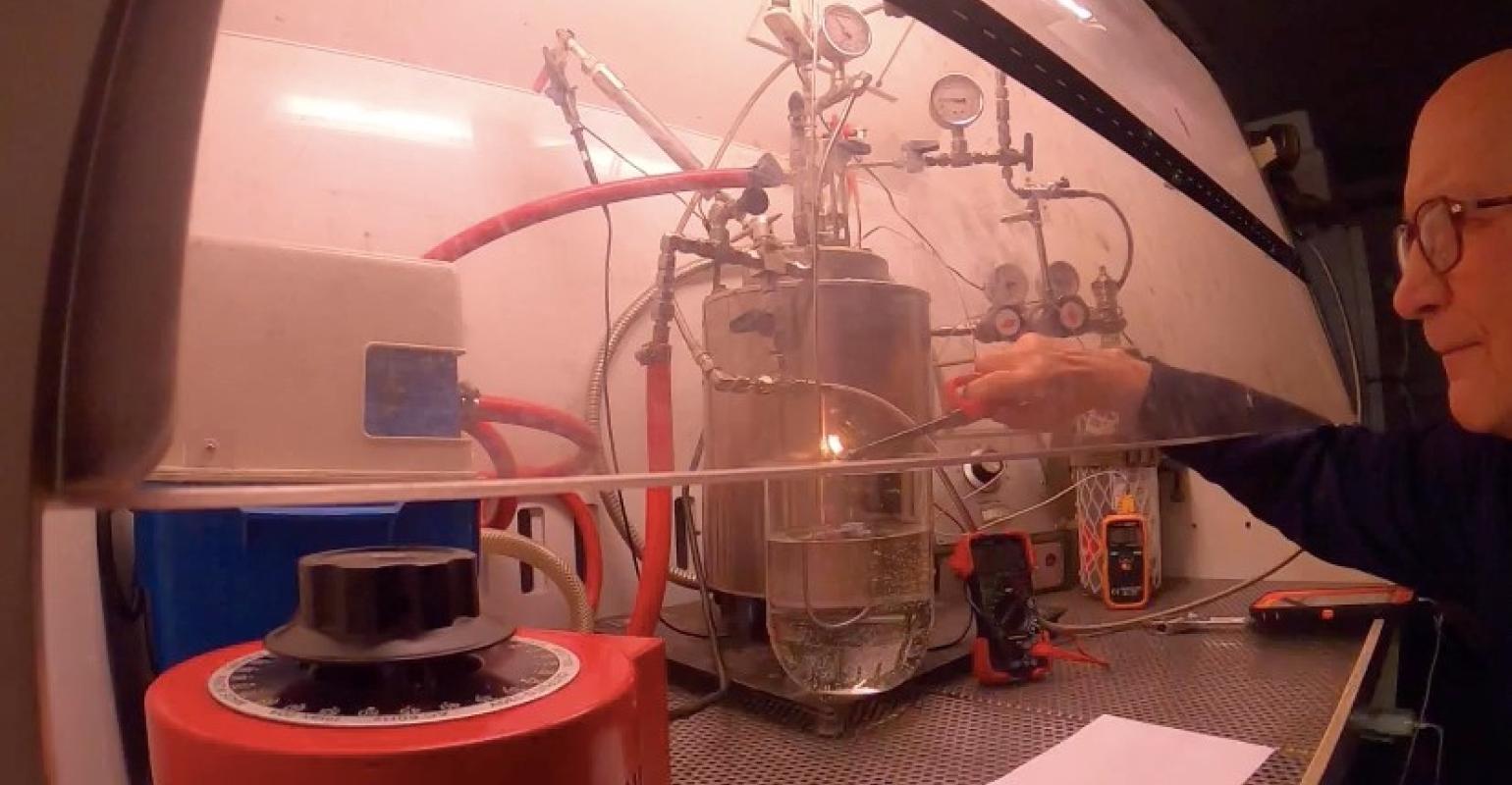 Standard Hydrogen has developed a thermal technology to produce hydrogen transportation fuel from municipal solid waste (MSW), which the Baca-Raton, FL-based company says is cheaper and cleaner than alternative methods to make this fuel. The company is pitching it as a way to divert and make use of solid waste, as well as to efficiently manage hydrogen sulfide (H2S), which is a common contaminate in oil and gas refineries.

“Other techniques include steam reformation of methane, natural gas, or syngas, which creates greenhouse gases and is expensive.  Our process entails taking hydrogen sulfide gas and splitting it into high-purity hydrogen and sulfur.

The hydrogen would be used for fuel and the sulfur can be sold or reused for other applications, such as fertilizer and pharmaceuticals,” says Alan Mintzer, CEO of Standard Hydrogen Company.

He says he can produce hydrogen at a low enough cost to be competitive with diesel and gasoline, while using low heat, low pressure and creating zero emissions.

It’s a two-part method: the first part entails processing MSW to include food, tires plastics, paper and mattresses among materials, and converting them to hydrogen sulfide.

The second part entails splitting hydrogen sulfide into hydrogen and sulfur, which is what sets the technology apart from others. Hydrogen comes out from one outlet in the reactor and sulfur comes out another. Some of the hydrogen is channeled from the reactor into a fuel cell that makes electricity from the gas to power the reactor. 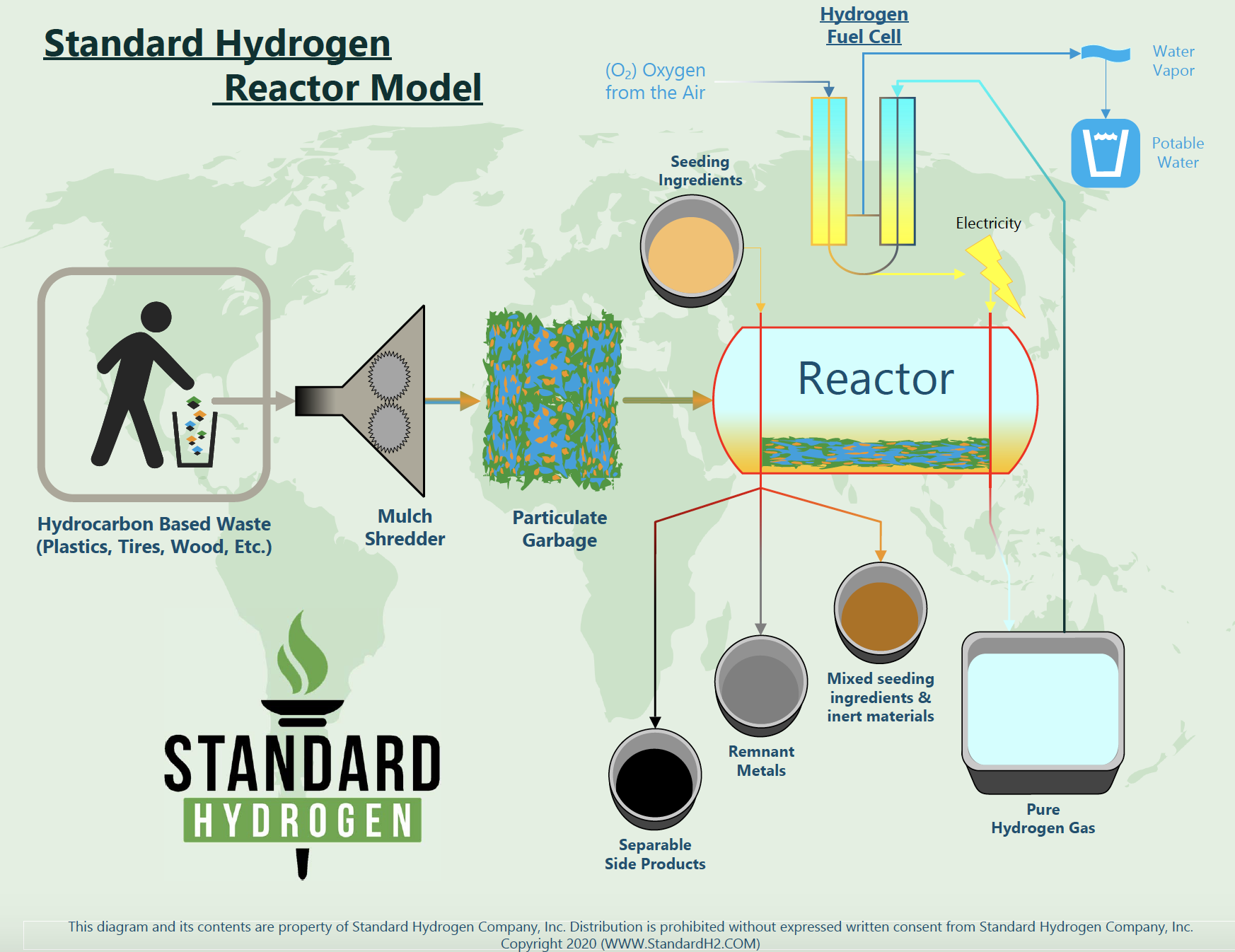 Mintzer is shooting to price his product, which he has not yet commercialized, at $4 per kilogram (kg) wholesale and $5 per kg retail.

“Currently the price of hydrogen for transportation fuel is $16 per kg in California where they are trying to roll out infrastructure for this fuel type. That would be $100 to fill a 6-kg tank.  We know we can get the price of hydrogen down to $4 to $5 per kg with our business model,” he asserts.

The plan is to charge a tipping fee for waste, which he says will offset his costs. The reactors would be deployed at waste sites with no startup costs to clients.

He is eying refineries as potential customers, who must manage their toxic hydrogen sulfide waste, which can’t be dumped into air ground or water. Now refineries typically use a process that costs tens of millions of dollars to bring on site and maintain, and it only recovers sulfur, not the hydrogen, according to Mintzer.

Currently, Standard Hydrogen is in discussions with seven government and privately owned groups around the world to form joint ventures where these entities would provide feedstock, mitigating their waste issues. Sources would include landfills, tire dumps, oil refineries and other sites where waste is accumulating.

Chaac Technologies, based out of Salt Lake City, UT, is among the early interested parties. The company invented a water and power cogeneration system and is considering using Standard Hydrogen’s technology as a fuel source to drive the process that makes water and electricity.

“We liked that hydrogen is renewable and Standard Hydrogen’s method is probably the cleanest we’ve seen,” says Sam Kimzey, co-founder of Chaac Technologies.

“We could put diesel fuel in the system, but we wanted a cleaner way. The fact that this can produce hydrogen while processing trash is a natural fit,” he says.

Kimzey is considering installing the equipment to make hydrogen for his system while also benefiting his customers who are primarily in advanced agriculture, such as greenhouse operations. They could divert their trash to Chaac to power Chaac’s system.

“The technology addresses decomposition of a toxic gas, hydrogen sulfide, that is a common contaminate in natural gas wells. Because of its high concentration, many wells are capped and are not serviced. It would be great if there was a method to remove the hydrogen sulfide from these wells so that the natural gas and hydrogen can be used as a clean energy source,” says Hall.

In one experiment of particular interest to him he observed the igniting of the output from the reactor; but saw no flame.

“Subsequently, [the researcher] put his hand over this invisible flame, and got burnt. Therefore, I was a witness to the generation of hydrogen in reaction as I observed the invisible … hydrogen flame burn his hand. This simple decomposition reaction … is a nice and simple reaction to purify contaminated natural gas wells and to produce a clean-burning fuel,” says Hall.

Mintzer projects the research and development phase will culminate later in 2020. Already he has shown he can obtain hydrogen from hydrogen sulfide. Now he is identifying materials to make components for the reactors. The next step is the reactor engineering and design phase, with eventual plans to build plants to manufacture the technology.

The plan is to deploy reactors at pilot sites later this year.

“We will scale up as we go,” says Mintzer.