HomeCollection & TransferCommercialThe Future of Franchising
Waste Expo
BROUGHT TO YOU BY

The Future of Franchising 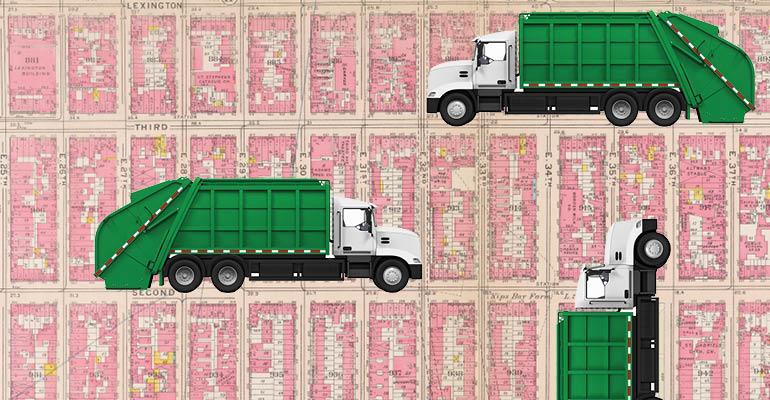 During this WasteExpo session, Advanced Disposal Services’ Bob Pfister will expound on the pros and cons of franchising, where it stands and where it's headed.

Franchising has been a hot topic in the waste industry for years, and the topic grew even hotter last year when China upended the world's markets by halting its importation of most recycled waste. China's door slam has since reverberated across the globe, but its impact on franchising—and specifically on the sway that franchising will or won't hold on the U.S. waste market in the future—has yet to play out.

Amid this backdrop, WasteExpo 2019 includes a session titled "The Future of Franchising" in which Bob Pfister, municipal marketing manager of Advanced Disposal Services, will expound on the pros and cons of franchising, where it stands and where it's headed.

Waste360 recently spoke with Pfister about the current and future role of franchising in the waste and recycling industry.

Waste360: What do you see as the most important issue currently shaping franchising in the waste industry and why?

Bob Pfister: On the residential side, the biggest issue that the municipalities and the industry are facing is the China crisis and making sure that recycling programs continue. There has to be some cost sharing between the industry and the municipalities for this process because it's getting outrageous. You've seen the bids that have come out for some of the cities. Some of them are completely eliminating recycling. That's not a good thing. It's hard to get recycling started up again once you stop.

On the commercial side, we've been watching what some of the big cities like Los Angeles and New York have been doing with franchising. When you do a commercial franchise, you put the small guys at a disadvantage because of the capital that's required for the containers and trucks. That's an issue with the NWRA's [National Waste & Recycling Association] smaller members. They've built up a commercial client base in a municipality, and then it gets taken away from them because the town wants to commercially franchise. That's a big issue from a commercial standpoint; it takes the freedom of choice away from the business owner.

Waste360: What are the crucial questions that need to be answered before a decision can be made on franchising versus not franchising?

Bob Pfister: The first one is: Why is the municipality franchising? Is it because the businesses asked for it? Is it that the city wants to eliminate truck traffic? That's a key question: Who's asking for it—the business community or the municipality?

Another important question is: What's the purpose of franchising? It may be so that the material can be flow controlled to a processing facility or to a certain landfill. You see some of that happening in Minnesota, in Missouri—mainly in the Midwest.

Waste360: What, in your view, are the keys pros and cons of franchising?

Bob Pfister: The pros: Less truck traffic. You don't have five trucks going down the alley five days a week. Also, you could potentially get a lower price initially—but then when it comes up for renewal, the incumbent is the one who has the advantage because he's already got the equipment and the capital invested. It's very tough for somebody else to come in, especially the little guy. Also, the municipality can have service standards written into the contract, or they can write a certain type of billing that includes a franchise fee in it or they can put some type of administration fee in it in order to administer the program. Those are some of the pluses.

On the downside, the businesses lose their freedom of choice regarding who they want to use. They lose their ability to have service on a given day or at a given time. Then, there's the issue of individualized equipment, individualized service—you get a one-yarder once a week, a two-yarder twice a week, that type of thing. If somebody needs specialized equipment, that's at an extra charge. You can't do that.

Waste360: Do you think franchising is here to stay in the waste industry? Do you see it growing, stagnating or shrinking?

Bob Pfister: I really don't know at this point, given the situation with China. At last year's WasteExpo, we had a panel discussion on franchising, and the China crisis hadn't really hit yet. I think it's still too early to tell whether franchising is here to stay. It has to do with how the franchises are going in Los Angeles and some of the other cities to see if they will stay. But I'm at a loss to say at this point because of the China situation.

Waste360: What types of takeaways can attendees expect from this WasteExpo session?

Bob Pfister: The main questions we're going to look at are: Is a franchise good for your community? Does it align with your community's goals? What are the pros and cons, from both the industry's and the municipality's standpoint? That's what I think the main takeaways are going to be.