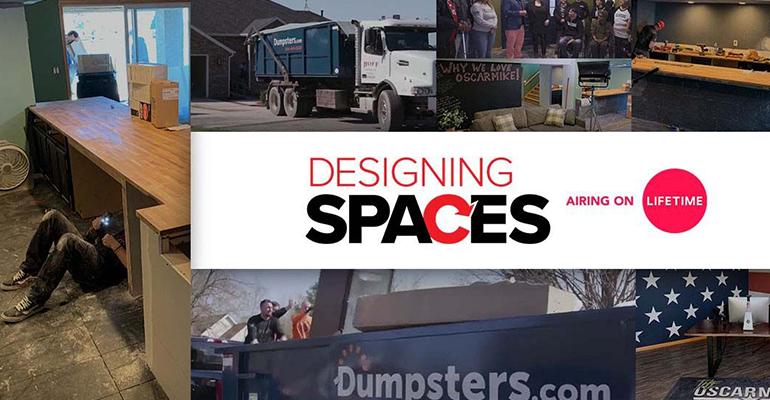 The Oscar Mike Foundation provides funding for injured vets who want to participate in adaptive sports with the goal of keeping them on the move.

Dumpsters.com announced it is supporting The Oscar Mike Foundation, a nonprofit organization with a mission to keep veterans active, through a partnership with the television show "Designing Spaces," which renovated the foundation's facility.

The Oscar Mike Foundation provides funding for injured vets who want to participate in adaptive sports with the goal of keeping them on the move—known in the military as Oscar Mike. The compound in Rockford, Ill., features 17 beds, an adaptive weight-training room and an outdoor sports court. From March to October, the Oscar Mike facility hosts veterans every week as they participate in rigorous activities adapted to their capabilities.

To support this mission, the “Designing Spaces” miniseries "Spaces of Hope" worked with a variety of charitable partners, including Dumpsters.com, to update the 9,000-square-foot compound to be completely handicap accessible, improve fire safety and add a new heating and cooling system.

"It was not so long ago our idea of getting the Oscar Mike compound completely accessible for all of the disabled veterans that we bring in was only a dream. But with the generosity of companies like Dumpsters.com, it became a reality. Our gratitude is immeasurable—thank you," said Noah Currier, the founder of The Oscar Mike Foundation, in a statement.

Throughout the renovation, Dumpsters.com provided two 30-yard dumpsters to help clear away more than 10 tons worth of debris.

"We're thrilled to support this project, which will help Oscar Mike provide important opportunities to veterans," said Michael Sancin, vice president of marketing at Dumpsters.com, in a statement. "We're dedicated to giving back to communities we serve, and there's no better way to do that than by supporting those who have served our country."

The renovation project spans three episodes of “Designing Spaces” airing on Lifetime. The series premiered June 6 with additional episodes on June 13 and June 20.