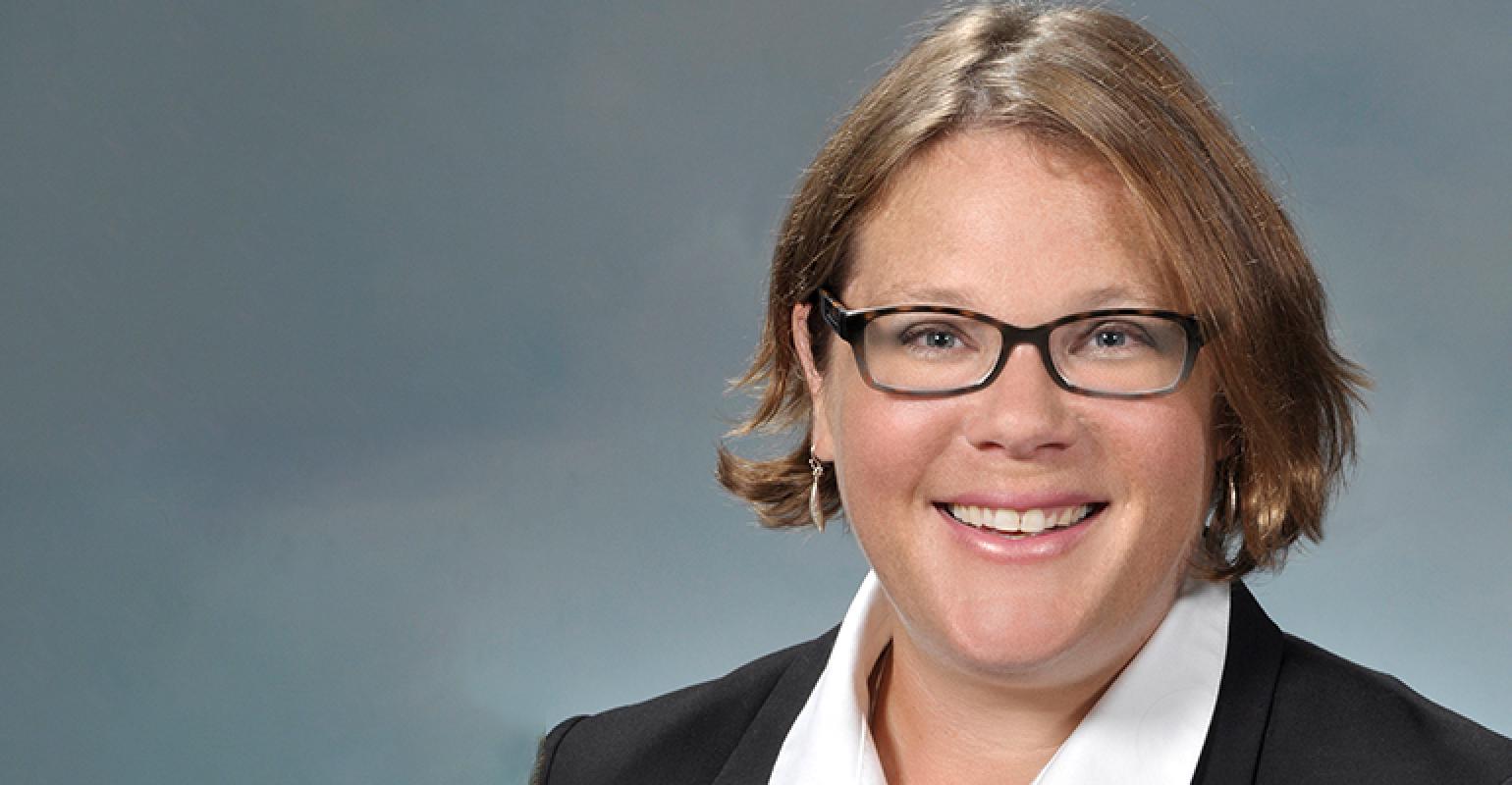 For Glance, Onondaga County is an example of intermunicipal cooperation and shared services that has made recycling right a top priority across its municipalities.

The Executive Director for the Onondaga County Resource Recovery Agency (OCRRA) in Syracuse, N.Y., Dereth Glance has had the opportunity to travel across the states and provinces along the northern boundary of the U.S. and into Canada. And so far, during her tenure as the head of OCRRA, Glance hasn’t seen another community that has made it so easy to recycle as Onondaga County.

Glance, who is originally from Michigan and moved to Indianapolis after graduating from Michigan State University, has been with OCRRA since September 2016. She has lived in Upstate New York since 2001, after moving from Indiana, where there was little-to-no recycling while she was there.

“I was just blown away at how easy [recycling] was, and I wanted to make sure I was part of maintaining and preserving that system because I was so impressed with it,” says Glance of her move to Syracuse.

Glance comes from an environmental and conservation policy background, and before taking over OCRRA, she worked for a citizens-funded advocacy organization focused on clean water, sustainable energy, smart solid waste and open-space preservation for about a decade. She became particularly interested in conversations around single and dual stream recycling in the early 2000s and was subsequently appointed to the OCRRA board by the Syracuse mayor in 2004.

Glance served two terms on that board until 2011, when she joined the Obama administration working on international water issues between the U.S. and Canada for the International Joint Commission. Then, wanting to stay closer to home for her school-aged children, Glance applied for OCRRA’s executive director position. She landed the job and took over the agency in September 2016.

OCRRA oversees all the trash generated in Onondaga County’s 33 member municipalities. Glance referred to the county as a “flow-control community,” explaining that the onus is on the local government to ensure garbage is not left on the streets at the end of the day. The county knows exactly how much waste is generated among its municipalities, which allowed OCRRA to bond out and build a waste-to-energy (WTE) plant nearly 25 years ago.

Although the county has neighboring landfills, Glance said the local community supported the WTE facility because residents wanted to prevent long-distance hauling. The WTE plant has given the county the opportunity to reduce significant volumes, generate electricity and recover metals. 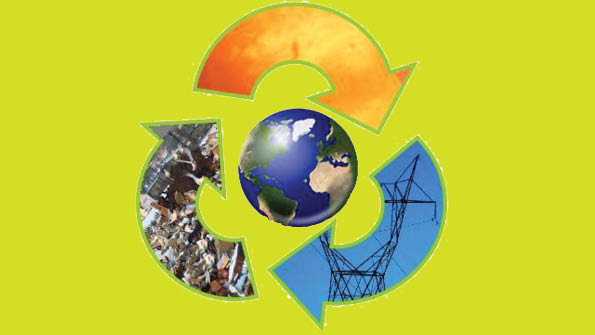 The county also houses a resource recovery facility that is co-owned by OCRRA and partner Covanta. It manages more than 360,000 tons of solid waste annually and recovers between 10,000 and 12,000 tons of metal annually. Plus, it generates electricity for roughly 30,000 homes.

“You really want to make sure you understand what’s in the waste stream and that it’s managed as properly as possible,” explains Glance. “So, we set a goal at a minimum to have 40 percent of what would otherwise be considered garbage to be recycled. We’ve had that since the beginning of this program.”

“I think we are a really great example of intermunicipal cooperation, shared services and ensuring the reliability of the full cycle of all the things we use as citizens,” she adds. “We have a recycling rate that is in the order of more than 50 percent at a minimum on an annual basis. We work collaboratively with our curbside program and recycle food waste; we have the largest municipal food waste composting facility in New York State that we invested in.”

In addition, OCRRA works with partners at the Rescue Mission and Salvation Army to promote as much textile donation and recycling as possible. The county also has a strong recycling program that complements the WTE piece, as well as a strong household hazardous waste program.

“We have beautiful water resources in Upstate New York and folks protect those and value those very much,” emphasizes Glance. “So, we don’t want to have anything going down the drain or getting into waterways that shouldn’t be there. We have a contract with Environmental Products and Services of Vermont located in Syracuse. They have a place where folks can make appointments at no cost and drop off their household hazardous waste. We make sure that we keep all of that out of the waste stream from the very beginning.”

As a result, every year OCRRA receives clean WTE plant emissions. OCRRA recently invested $15 million into upgrading its continuous emission model, and as a result, the county sees emissions statistics for mercury and dioxides drop every year.

“We are making a pretty big dent,” Glance points out. “Our motto is to save the world a little each day. By working with our engaged public, we are able to do that. We are a county of about half a million people. [OCRRA] has 10,000 followers on Facebook who actively engage with OCRRA and the news and information we put out. We have thousands of people subscribing to our direct email list, so we have a really engaged and caring public. Our staff for communications is astounding. OCRRA.org is a widely used and useful core source of information. Our residents want to do the most environmentally responsible thing, and we want to make it easy for them.”

At times, however, volatility in global recycling markets has made it difficult to build the kind of resilience OCRRA has enjoyed. Since the implementation of National Sword, OCRRA has been particularly careful not to add materials as acceptable recyclables unless there is a strong and durable market for them. For instance, Glance says the county never went to No. 3-7 plastics in residential bins.

“We have had a really strong and persistent commitment to public education, so our residue rate is incredibly low; it is consistently under 5 percent, and we’re really proud of that,” she explains. “The people who recycle here recycle really well, and we have just been doubling down on that quality effort to make sure that we stop any wishful recycling to make sure that they recycle right.”

A WestRock paper mill is also just a few miles down the road from OCRRA, and the mill takes in roughly 860,000 tons of cardboard a year and turns it into new cardboard. Glance also notes that the county has strong metal partners as well as strong domestic outlets for plastics.

But even with all its available resources, mixed paper has been one of the biggest challenges in the wake of National Sword.

“It hit us pretty hard because it’s 50 percent of our weight in the blue bin,” says Glance. “Being able to invest in sustainable solutions locally and building out those markets is in everybody’s interest … We can have blips in the market, we survive that stuff, but it’s when we have that rollercoaster crash that it shakes everything up. I think it really forces us to realize where those connections are in industry, academia and local municipal recycling programs that all work together to make sure we strengthen the loop and that we have something that is more local and less reliant on long-distance transportation.” 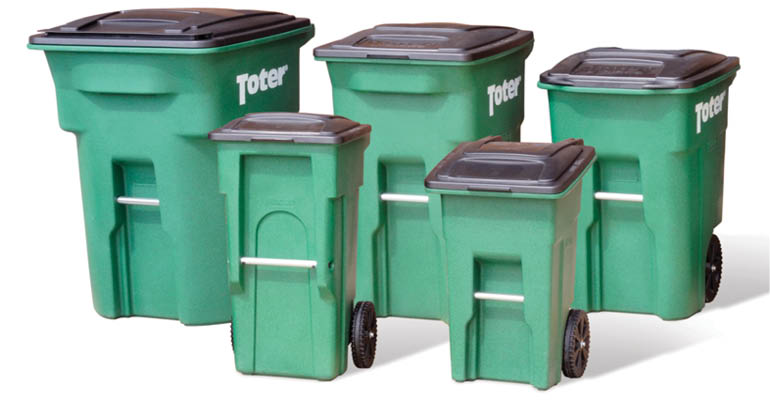 In an effort to further promote recycling, some of the municipalities within the OCRRA system have transitioned to larger recycling carts, or toters. Glance notes it has been a great way to recover more materials.

In addition, Onondaga County is one of snowiest communities in the U.S., and those toters help reduce contamination by keeping materials clean and out of the elements.

“Transitioning more and more of our community toward larger covered carts is really the direction that we would like to see as much as possible,” says Glance. “OCRRA doesn’t do collection, but we support a robust, competitive hauling community here. We have private haulers here, so we really promote as much competitiveness for a strong and robust hauling community as possible.”

For decades, the county had a yard waste ban since that organic material could not be processed at OCRRA’s WTE plant. The county had initially managed yard waste by creating mulch from grinding it, but in 2005, after conducting a waste quantification and quality study, OCRRA found that roughly 15 percent of the waste stream was food scraps.

OCRRA ended up investing a significant amount to install an aerated, static piled composting system in its facility. The system is designed to process a maximum of 10,000 tons of food waste a year. From that system, OCRRA is able to produce a Seal of Testing Assurance-certified compost that Glance explains is highly desirable for local residents and brownfield revitalization cleanup programs.

OCRRA also designed an institutional food waste program, in which residents can drop off household organic waste if they choose. Also, New York Gov. Andrew Cuomo recently adopted an organics ban into law, ensuring that producers generating food waste will not be able to send source separated organics to landfill.

“This will help support building and investment in further infrastructure in anaerobic digestion and composting or other technologies to manage food waste more sustainably, while also promoting reuse and donations of food to folks in need,” explains Glance.

And it’s initiatives like these, plus the team Glance works with, that help keep her motivated in her daily work.

“I think one of the most important things is that we do what we can,” she says. “How can we make the world a little bit better every single day in our own way? Everybody can recycle, and being part of an agency that makes that happen is really inspiring.”

Her experience working in so many different levels of policy has also helped Glance learn that just because something is obvious from one person’s perspective, doesn’t necessarily mean it’s something others thought of. She explains that she feels one of her greatest achievements in her career so far has been bringing people together and being an intervenor to help bridge the gaps to drive well-informed and smart policy.

But in order to achieve what she has, Glance points to the many people who helped pave the way for her.

“I am so fortunate. I just want to thank every single person and mostly all the women who have come before me and have really blazed a path that makes it pretty helpful for me to just keep walking in my strong, oblivious manner,” she quips. “For my entire career, I have actually been able to work for really strong women who have shaped me in even more ways that I can even possibly articulate. And I hope I get to do that for all the other women and men I work with on a daily basis.”