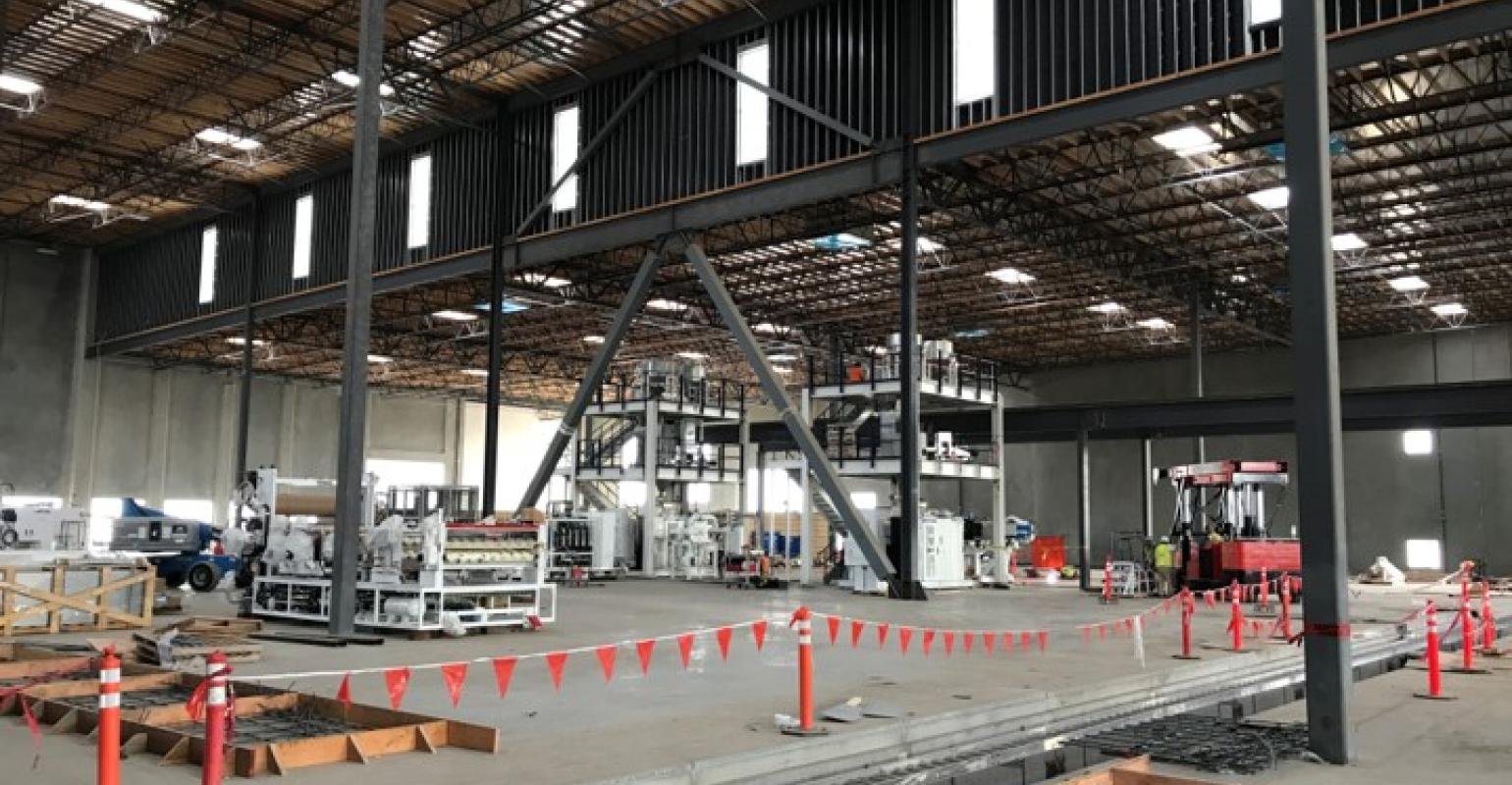 The facility will make about 75 million pounds a year of two product types from 100 percent recycled PET.

A new plant owned and operated by green tech company rPlanet Earth will launch this August in Vernon, Calif., to make about 75 million pounds a year of two product types from 100 percent recycled polyethylene terephthalate (PET). The facility will produce forms to make both beverage containers and food packaging. And it will combine several processes normally done in a few facilities under one roof, cutting emissions and, potentially, cost for finished products.

rPlanet will make preforms for beverage containers, and it will make thermoforms for containers for produce, deli, bakery and other ready-to-eat foods.

Traditionally, PET bales have been sorted, ground and washed at one facility. From there, flake typically goes to another company that decontaminates it and turns it to pellet, bringing it to the Food and Drug Administration’s required specs, whether for food containers or bottles. Then, material would typically have gone to another location, either a plant to make preforms or a plant to make sheet for thermoforms, says Robert Daviduk, co-CEO of rPlanet Earth.

“These intermediate transportation steps create greenhouse gas emissions and mark up between facilities, adding to the cost of materials,” he says. “But we take the process from raw material through to preform or thermoform under one roof for the lowest carbon footprint possible.”

At rPlanet there are two paths. Along one path, the material is conveyed to a sheet extruder. From here, rPlanet can take sheet and convert it into thermoform in a separate machine that presses and molds it to make different forms for different applications.

“For preforms, it goes into an injection molding machine. So, the two paths enable us to make two different products,” says Daviduk.

The postconsumer bales of PET will be run through optical sorters to ensure that what comes out is 100 percent pure PET.

The plan is to prove out the first line and then install a second parallel line, both in the 300,000-square-foot Vernon plant. A later goal is to build three or four similar plants across the U.S., concentrated in the Midwest, Northeast/mid Atlantic, Southeast and Texas.

The company has secured a long-term supply of raw material with businesses that collect containers through deposit programs or curbside clients.

Developing the project was a five-year endeavor, from idea inception through design and planning, to setting up with equipment manufacturers, to installation.

“What we learned through the process is that we have a lower carbon footprint. And we learned different ways to take what are now manual paths to automate in order to make the plant efficient and increase output capacity,” says Daviduk.

Customers will be those in foodservice, retailers and possibly pharmaceutical, healthcare and cosmetic companies.

One key feature of the operation is optimization of the thermal process involving heat, which will reduce carbon footprint, saving energy.

“Other plants put flakes in a silo and transport it to buyers who heat it to melt it and extrude it to make plastic. But we are taking it out of the decontamination reactors and putting it directly into the manufacturing equipment that makes preforms and sheet,” says Eric Carlson, senior vice president of Woodard & Curran, who built and designed the system. “It comes out just below its melting point, so it’s not cooling and heating.”

He says there are several processes incorporated under one roof that have never before been done that way.

“There are boilers providing steam, compressors providing compressed air and cooling water to cool equipment [among functions],” says Carlson. “The flow of these utilities needs to be maintained without interruption. There are a lot of integrated workings to make this all happen.”

John Standish, technical director of the Association of Plastic Recyclers, says rPlanet will create a demand for enormous volumes of existing post-consumer bottles. Only 30 percent of PET in bottles and jars is recovered in the U.S. now.

“It is great that there are new companies coming online that will recycle PET bottles. But we need to be working as an industry in parallel to increase recovery of those bottles,” says Standish. “It starts with convincing consumers to put them in the recycling bin and encouraging communities to have the infrastructure.”