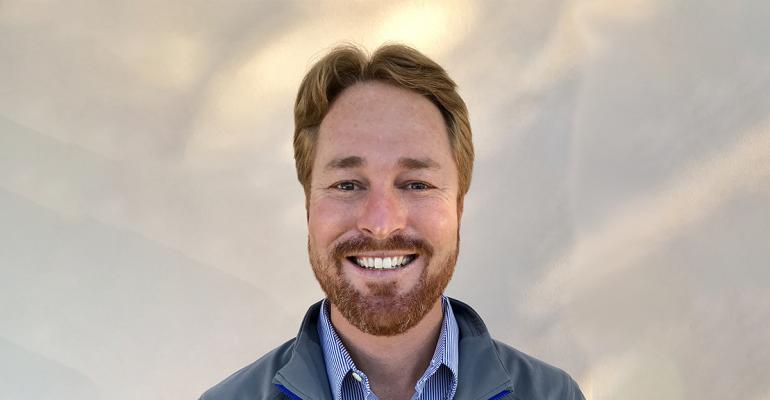 The Waste360 40 Under 40 award recipient discusses his most unique and invaluable on-the-job experiences.

Nathan Mayer doesn’t stop moving—or learning. He began his career as a consultant for CDM Smith and later shifted to the public sector at the Solid Waste Authority (SWA) of Palm Beach County, Fla., quickly ascending the management chain on up to his current position: director of land management for SWA.

Over time, Mayer, a 2019 Waste360 40 Under 40 award recipient, has moved from engineering design work to operations. He has traveled the United States and as far as Vietnam, becoming empowered by the insight he’s gained at each stop along his journey.

“Nate is a charismatic yet humble leader. He is easygoing and personable. He is very capable of talking technical design details and quickly shifting to talk big picture, which has made him a good mentor and has enabled him to provide strong support in the development of long-term sustainable solutions in our industry,” says Tobin Knight, who has gotten to know Mayer networking at Solid Waste Association of North America (SWANA) Florida Sunshine chapter events and SWANA International events.

Transitioning from design and construction to operations has provided Mayer a chance to learn a lot about what works and what doesn’t, which is something he finds exciting. We recently sat down with Mayer, who also told us why it’s equally exhilarating to empower others to seize opportunities to help solve some of the industry’s most challenging problems. He also discusses a huge project he diligently worked on that was eventually put on hold, but tells why, even though it may never materialize, it was among his most unique and invaluable on-the-job experiences.

Waste360: How did you end up in solid waste management and get to where you are now?

Nathan Mayer: When I started college, I was interested in water and wastewater treatment and took a wastewater internship with CDM Smith. But I also got involved with solid waste projects there. And I happened to be very influenced by Dr. Tim Townsend, one of the leading solid waste researchers in the world.

After graduation, I joined CDM Smith and got involved in solid waste projects throughout Florida.

I later shifted from engineering consulting to the public sector at the Solid Waste Authority of Palm Beach County. I started as the utilities manager, involved in the operation and maintenance of utility systems.

In 2016, I was promoted to my current position as director of land management and am responsible for the day-to-day operations of SWA’s active Class I and Class III landfills, post-closure management of its closed landfills and grounds maintenance for its transfer stations.

Waste360: What was one of your early, notable jobs in waste management?

Nathan Mayer: My biggest, most notable job early on was one I did while working as a consultant with CDM Smith. It was for the Solid Waste Authority of Palm Beach County. We were tasked with permitting and designing a 2,000-acre, 100-year capacity landfill site. We were looking at four different properties, and I was responsible for site layouts, phasing plans and cost estimates, site access and roadway improvements, among tasks. We compared costs and benefits of each site and recommended the best one to the county.

The county eventually put the project on hold to design and build a $672 million, 3,000-ton-per-day mass burn waste-to-energy facility, the first U.S. facility of its kind to be built in more than 15 years.

While the landfill project may never materialize, it was significant in that we had the opportunity to design and develop several sites from scratch. To get to work on a new, large greenfield project is unique. Most solid waste professionals don’t get that opportunity in their entire careers, let alone straight out of college.

Waste360: Tell us about your travels while you were at CDM Smith. What were you doing, and what experiences most impacted you, particularly while you were overseas?

Nathan Mayer: I worked on projects across the United States and traveled to Vietnam to work on a World Bank project called Coastal Cities Environmental Sanitation Project. I focused on the solid waste component, which included closure of an old, unlined landfill; construction of a new, lined landfill; and a leachate management system.

My experience in Vietnam put things in perspective. I realized how easy it is to take for granted that you put garbage on the curb, someone picks it up and it’s gone; you don’t think about it. In Vietnam, residents put garbage on the streets. It was washed away by stormwater and eventually made its way to the ocean. The garbage that was collected streetside previously went into an unlined valley fill and was not managed in an engineered, environmentally friendly way.

We were working on a full-scale environmental sanitation project, trying to transform this community into a developed town with proper water treatment, wastewater treatment and solid waste management to improve residents’ lives and attract foreign travelers to the beautiful area.

I also had the privilege to work on a job in DaNang, Vietnam, which had been a U.S. airbase during the war where Agent Orange was stored. I helped with a project to thermally remove Agent Orange residuals from the soil.

When you work on these types of projects, you see the good you are doing, and you feel something powerful.

Waste360: What were some differences you saw from region to region during the years that you traveled before taking a staff position at SWA?

Nathan Mayer: I have worked on several solid waste facilities in Florida, Louisiana, New Mexico and Vietnam. Stormwater and leachate management is the biggest difference between the regions. In New Mexico, it rarely rains, but when it does, it can be heavy. Florida and Louisiana are similar to each other; it can rain every day in small amounts, and there are distinct wet and dry seasons.

I learned that there is no cookie-cutter approach to design. You have to look at each location separately and make plans according to local conditions.

Nathan Mayer: Just shifting to a staff position was a meaningful landmark in my career. While previously working as a consultant for SWA, I was involved in permitting, design and construction, working on new landfill cells, closures, leachate collection systems, gas collection, etc.

I was now operating the systems I was involved in designing and constructing. It’s interesting to be part of a project on both ends—going from planning, design and construction to actually operating the systems. You learn a lot about what works and what doesn’t. And you discover what and how you would change things in the future. You get to learn from your mistakes and improve.

Waste360: Tell us about a big problem you had to help solve and how you did it.

Nathan Mayer: As a consultant, I was involved in research on biogeochemical clogging of leachate collection systems to determine how it happens, why, how to clean the systems and prevent it from happening again.

When I joined SWA, it was a headache. We had master’s and Ph.D. students working on this problem and several vendors. From the time I started at SWA, it took about a year to figure out and get the system flowing again.

We knew from other projects that the blockage was primarily calcium carbonate, from supersaturated calcium in the leachate. And we knew we could clean it with chemicals and high-pressure water jets. But chemical cleaning is only effective if the acid is moving through/within the blockages.

You have to constantly flush fresh acid through the blockage, which I’d learned as a consultant. So, based on prior experience, we developed a solution—high-pressure jetting to introduce fresh acid to the problem areas, which eventually created a hole in the blockage, so the acid could flow through.

Troubleshooting involved long hours and a lot of money. Once we got flow through the system, it was a major weight off our shoulders. We currently use water to dilute leachate and bring down the saturation of calcium to help prevent this from happening again. We haven’t had another blockage since 2013.

Waste360: What is your ultimate goal as SWA’s director of land management?

Nathan Mayer: My goal is to optimize landfill operations, improve efficiency and help SWA plan for the future to accommodate county growth.

I work on a landfill depletion model, looking at population projections, recycling projections, waste-to-energy operational efficiencies, waste densities, etc. All of these components translate into how many tons go to the landfill, how much volume is consumed each year and how long the landfill will last.

Our landfill has capacity until 2050, but we are trying to take that further out. We will utilize projections I mentioned to determine what projects need to be built between now and 2050 and how landfill cell construction and closure will be phased.

Waste360: You manage 40 staff. How do you keep communication going? And what is your overall management style?

Nathan Mayer: I try to lead by example. I trust employees to do their job and reward those who go above and beyond. And I try and stay present by having personal relationships with each of them.

I like to communicate to staff how their day-to-day job affects the overall operation and long-term planning of Palm Beach County. It helps them see how they fit into the big picture.

Waste360: I understand that you spearheaded the development of SWANA’s International Solid Waste Student Design Competition, where students try and solve “real-world” industry problems. How did you get involved and what is it about?

Nathan Mayer: When I was in college, I was involved in a competition at the Florida Water Environment Association Conference, where our student team designed a wastewater treatment plant expansion and later presented before judges and a large audience. It was an amazing experience.

Among my involvements at SWANA, I am on its Young Professionals (YP) Steering Committee. At SWANA, we have always talked about how to get young professionals interested and involved in the solid waste field, so we decided to develop a similar competition to engage students and (hopefully) attract them to solid waste management careers. We have had great success with the program, sparking new interest in the solid waste field and a surge in new SWANA student and YP members. In 2015, we started with four teams, three of which were in Florida. This year, we have 10 teams all over the U.S. They are working on a problem involving calculating recycling rates.

Students have to write a report, develop a poster and give a presentation on it at WASTECON, where we bring in a panel of judges. The presentations are fantastic, and it’s exciting to watch. Students are asked detailed questions by the judges, and they have to think on their toes. It’s a great opportunity for them to showcase their skills and, ideally, help them find a job when they graduate.

Waste360: What changes have you seen in the industry that you see gaining traction?

Nathan Mayer: The Solid Waste Authority of Palm Beach County is nationally recognized for waste-to-energy and is looking at beneficial ash reuse and advanced metal recovery from ash. I think that will continue to be a big part of the future of the solid waste management industry at large, especially in terms of recycling efforts.