Keep Calm and Recycle On: The Sky Isn’t Falling 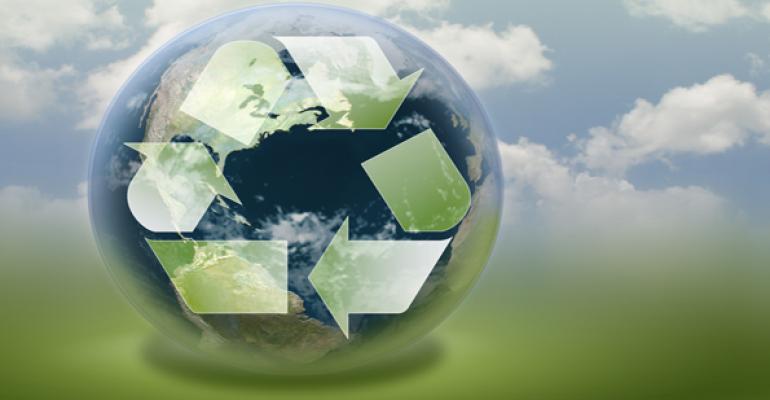 Recycling is a dynamic process forced to change as products evolve and markets fluctuate.

Recycling is in the news and not in a good way. Newspapers and television news shows are full of stories about its apparent death. If they are right, then recycling is doomed in this country. The good news is they are wrong.

Yes, municipal recycling programs are facing serious problems. Clearly this latest crisis will not be resolved overnight. Instead of panicking, however, we should take a deep breath and calm down. Recyclables are just another raw material whose prices fluctuate. The light is clearly shining at the end of this tunnel. It’s a long tunnel, and the train is moving slowly, but I see no reason to panic.

Let’s look at one “fact” I keep hearing over and over: the idea that the Chinese have banned all recyclables from their country. This is not the case. The government has indeed banned a number of recyclables including unsorted mixed paper and mixed plastics. Those two are the mainstays of municipal recycling programs and we lack sufficient domestic markets, so we do have a problem.

But let’s put this in perspective starting with paper. Residential mixed paper is part of the recyclable paper we send to China. We ship far more old corrugated cardboard (OCC) to China than “unsorted” mixed paper. Those boxes are not banned but they are not home free. Like all imported recyclables, they must meet a 0.5 percent contamination requirement.

That is a high barrier. However, commercial source separation programs should be able to meet those limits. In fact, American Chung Nam, the primary recycled paper supplier to Nine Dragons, the largest Chinese user of American wastepaper, recently announced it had won the contract to buy used boxes generated by Walmart from New York, California and three other states. Clearly, it believes those boxes will meet the new limits. Those boxes still face uncertainty over inspection and enforcement procedures. When that uncertainty is resolved, that paper should flow to China as steadily as it has in the past.

Unfortunately, the size of the American papermaking industry has shrunk in the last two decades. While mills still exist that want those raw materials, they are not big enough for all of the paper generated at the curbside and commercially. Cleaner commercial paper and residential paper from dual stream programs are in a better position than single stream paper. Processors with mill contracts also are better positioned than those relying on spot markets.

Nonetheless, hope is on the horizon. Two new mills designed to use this paper have already been announced. Pratt Recycling, the biggest U.S. consumer of residential mixed paper, is building a mill in Ohio. Green Bay Packaging announced in June that it will be replacing its 71-year-old mill with a larger, state-of-the art mill. It, too, will use residential mixed paper and OCC as a raw material. It probably won’t be open until late in 2019, but it represents the reality that entrepreneurs see opportunity in this crisis.

Plastic recyclers also have reason not to abandon hope. Prices for PET and colored HDPE bottles have slowly improved. Consumer products companies are increasing demand because they want to increase their use of recycled content. In addition, two new mixed plastic recycling processing plants have been announced. One will be in Alabama and the other in South Carolina. They will produce pellets for export to Chinese manufacturers.

Shortly after the announcement of these new facilities, the Chinese government confirmed that flake and pellets made from recycled plastics are not subject to the ban. What that government is saying is simple: do the “dirty” work of processing your recyclables in your country and send the end product to manufacturers in our country.

The media also seems to think this is the worst price collapse ever to face recycling. Not true. In the summer of 2008, markets took a stunning six-month dive as a result of the closure of Chinese factories to ensure clean air for the Beijing Olympics and the (unconnected) Great Recession. At the beginning of 2009, prices began an equally stunning rise. That summer they were higher than before the collapse.

Perhaps more relevant to this latest crisis, in 1990, markets collapsed after the dramatic explosion of curbside recycling programs. Yet then, as now, entrepreneurs saw their opportunities and invested in new domestic recycling end markets. We’ve also seen a number of smaller downturns since municipal recycling restarted itself in 1968. We’ve survived every one.

Don’t get me wrong, we will see low prices for the next 12 to 24 months. The trade war our country is blundering into could easily exacerbate these problems. But I expect markets to return as domestic capacity expands.

Nonetheless, the question remains: Why do we always panic when prices go down? Why don’t we learn from previous downturns? In 1998, after a relatively minor price downturn, the White House hosted a Conference on Recycling. Virtually every solution I’ve heard for saving recycling today was discussed at that conference. We forgot them when Chinese paper mills entered the market and prices rose.

Recycling is not dying. Recycling is a dynamic process forced to change as products evolve and markets fluctuate. Recycling will successfully cope with these latest, very challenging, changes. But this time, can we learn from the past so that I don’t have to recycle this column in response?