Hitchcock Levels Up at Waste Industries 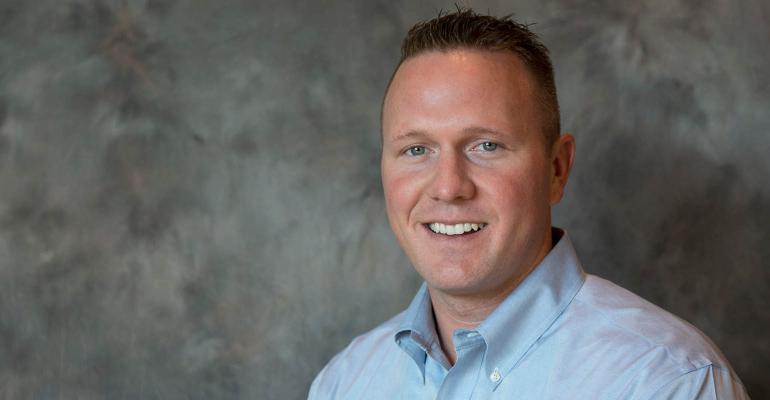 The Waste360 40 Under 40 award recipient discusses the importance of leadership training and mentorship and why he thinks Waste Industries excels in the industry.

Travis Hitchcock, regional vice president at Waste Industries, oversees hauling and landfill operations in 14 locations in North Carolina, Virginia and Tennessee. In this interview, Hitchcock, who was recently named as a Waste360 40 Under 40 award recipient, discusses his career path, the importance of leadership training and mentorship and what he thinks makes Waste Industries special.

Waste360: How did you start your career in the waste management industry?

Waste360: Had you worked in the waste management industry before you joined Waste Industries?

Travis Hitchcock: Yes, I had worked for a hauler, Casella Waste Systems, for a couple of years. I was in an operations management role.

Waste360: What are some things that you brought with you from that position to Waste Industries?

Travis Hitchcock: I went through Casella’s version of the management development program. I had to obtain my CDL [commercial driver’s license] and be able to operate vehicles as part of the program.

Travis Hitchcock: The support I have received throughout my career has been amazing. I have had great leaders that I have been mentored by. Advancing quickly through your career, sometimes you wonder what everyone thinks of you. Overcoming some of those challenges and having a support system there to keep me motivated and keep me on track has been really pivotal for me in my career.

I have had great leaders, from when I worked at Casella continuing on to Waste Industries. At this point, I have great senior management that I can look to for guidance.

Waste360: What might you say to young people who might overlook the industry to give them a reason to give it a second look?

Travis Hitchcock: I would say that the people in this industry are just genuine. They are not people who are looking for a whole lot of credit because the type of work that they do is not seen. A lot of our business is operated behind the scenes. We go out and pick up waste, and our ultimate goal is to be there and gone without you even knowing it.

If you are someone who is not looking for fame, or anything along those lines, this is definitely an industry to get into. Even if you don’t want to stay in the industry permanently, you get so much knowledge from all of the different responsibilities that you could take on. You can go in a lot of different directions.

Waste360: What would you say that Waste Industries really excels at; what is your niche in the marketplace?

Travis Hitchcock: I think we are one of the most efficient companies because of the type of equipment that we have access to, the support that we have out of our home office and our IT [information technology] and GIS [geographic information system] teams for routing purposes.

We also are very responsible with our landfill operations. I think we run some of the best-looking and cleanest landfills I’ve seen in the industry. We do a really nice job there, especially partnering with local governments and municipalities to help them manage their landfills.

On the personal side, Waste Industries has a fantastic leadership development program in place, where they pull local managers who are exceling at their jobs and put them into private training sessions with third-party vendors and our senior managers to further develop our future leaders, and also to determine who is qualified enough to move up the ranks. I had the opportunity to go through that a few years ago, when I was the general manager of the Raleigh facility, and I think that really helped accelerate my ability to move up in the company.

Waste Industries is also a community partner. We are not just there to provide the service; we are there to be involved with the communities that we serve. We do that through our program called the Full Circle Project.

Our customers are allowed to vote in the markets that we service and share with us feedback on where they would like to see us making contributions in their community. We are relying on our customer base to say where they would like us to focus donations—it could be anything from children’s hospitals to cancer research, and it really lets us connect to our customers and the municipalities we serve by having that offering. I think that is very unique.