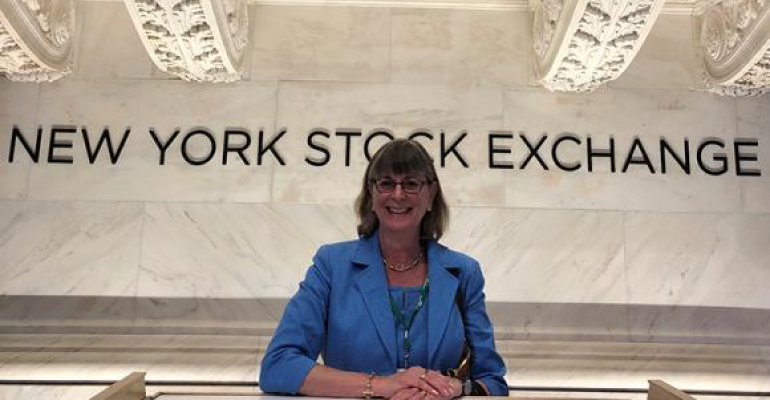 The Solid Waste Association of North America (SWANA) hosted its first virtual SWANApalooza from June 22 to June 25. In this month’s edition of Business Report, we present highlights from several sessions we “attended” on various topics of key interest to the solid waste industry.

News from the Front

In the first keynote presentation, David Biderman, Executive Director and CEO of SWANA, spoke with Kathryn Garcia, Commissioner of the Department of Sanitation, New York City (DSNY). As the initial epicenter of the coronavirus pandemic, Garcia talked about the substantial impact to solid waste and recycling operations in New York City (NYC). Although at one point fully 25 percent of DSNY workers were out sick, the garbage got picked up, albeit with some delays in certain areas, and on longer shifts with more overtime. The transfer and disposal system proved to be robust. She noted that commercial waste was down anywhere from 70-90 percent, not unexpectedly, but still a shocking number. Ironically, at odds with other parts of the country, where residential waste was initially up on average 25 perccent, NYC’s residential waste was actually down 7 percent in April, as people left the city in droves, particularly in Manhattan, though interestingly, recycled volumes rose in the same timeframe.

Given the “fiscal cliff” confronting NYC, Commissioner Garcia has had to make budget cuts, not only to the workforce, but notably in the suspension of curbside organic and e-waste services, as well as in litter sweeping. The expected request for proposal (RFP) for commercial franchise zones in the city has been indefinitely postponed, pending further reopening phases and depending on how businesses recover. As she noted, it is not fair to ask haulers to bid on commercial business that unfortunately may or may not return.

A number of sessions focused on various aspects of per- and polyfluoroalkyl substances (PFAS). In the PFAS keynote, Dr. Morton Barlaz, Professor at North Carolina State University, noted that the percentage of PFAS from landfill leachate that ends up in publicly owned treatment works (POTWs) is generally relatively small, but that the variation can be very wide depending on the size of both of the respective landfill and POTW.

Additionally, PFAS do appear in the ambient air above landfills, but any study of that PFAS aspect is in the very early stages. The Environmental Research and Education Foundation (EREF) is obviously very focused on PFAS research and has funded several grants.  The first is to study whether existing landfill liners are robust enough to protect the surrounding environment—can they contain the PFAS-- which is currently believed to be the case. Additional EREF grants include studying the pretreatment of leachate before discharge to a POTW. The presence of PFAS in leachate is much greater than in drinking water generally (26,000 ppt on average), and leachate in general is much too nasty to put through standard drinking water treatment technologies such as granular activated carbon (GAC) or ion exchange as is—it must be pretreated – by as many as four stages in some cases.

It was stressed that communication between landfill owners and POTW operators is very important, as the two are often intertwined, and it is important to determine at which point and where — at the landfill or the POTW – is the best place to mitigate and treat for PFAS. It is believed that a number of pretreatment technologies/methods are pretty close to commercialization. Another grant involves research on potential PFAS destruction technologies. Current technologies are only transformative, or result in concentrate, that must be re-landfilled, incinerated or injected into deepwells. Even incineration is not believed to destroy PFAS—the temperatures required are higher than a typical waste-to-energy plant (WTE), and controversy has erupted over the practice, given the recent findings at the Norlite facility in upstate New York. Incineration is also expensive – $1-$2 per gallon. Deepwell injection is cheaper, at $0.15 to $0.20 per gallon, but the permitting issues are formidable. Future technologies are expected to be key to destruction, and any cost-effective commercial applications are probably three to five years away.

In light of the aforementioned lack of cost-effective destruction capability, there is great interest in understanding just how effective the landfill is in sequestering PFAS, as right now, management through landfill appears necessary. Samuel Nicolai, VP, Engineering and Compliance at Casella Waste Systems, discussed the results of his work attempting to estimate the ability of landfills to sequester PFAS, though as he admitted, it is very theoretical and requires quite a bit of estimation!

Bottom line, however, he looked at the incoming mass (to the landfill) in a 2018-2019 study, where 95 percent of the samples contained PFAS—anywhere from 50 ppt to 2000 ppb, with the resulting average being 23 grams per day coming in. Then, he looked at the mass output — leachate — which on average contained one to two grams per day, based on six compounds. Thus, he was able to estimate that the vast majority, more than 90 percent, remains sequestered  in the landfill, based on this data.

Recycling In Need of Systemic Change

In the recycling keynote, “Overcoming Recycling Challenges and Taking Advantage of New Opportunities”, Elizabeth Biser of The Recycling Partnership noted that 32 percent of what could be recycled is lost to disposal—20 million tons. Participants agreed that systemic change was needed, from more leadership from the federal government and the Environmental Protection Agency (EPA), to better design from the consumer brand companies to enable more packaging to be recycled, to more technology investment at the material recovery facility (MRF) and to further development of end markets.

Education also remains paramount, as nationwide contamination rates were still estimated to be between 17-20 percent. Yet, it was also emphasized by a number of participants that it has become much clearer as a result of the pandemic that the U.S. economy needs the material supplied from recycling—which was particularly notable in certain paper shortages and the impact on recycled PET and aluminum supplies resulting from the temporary suspension of redemption activities in bottle bill states. As a result, several participants were actually more hopeful than they have been for some time that we will see more legislative and policy action on the federal level. Extended producer responsibility (EPR) and landfill bans were controversial among the participants, while the call for greater recycled content in packaging (to spur end markets) was more generally agreed upon.

The State of Solid Waste and Steps to Recovery

Michael Hoffman, Managing Director at Stifel, presented “The State of Solid Waste: The More Things Change, The More They Stay the Same”.  He discussed the solid waste industry before, during and after COVID-19. Bottom line for the “during” COVID-19 portion, he noted that things generally did not get as bad as feared. Landfill tonnage was down 20 percent, while commercial collection was off between 10-15 percent, and they appear to have bottomed and are now recovering week by week. Residential waste had been reported up as much as 25-30 percent but now seems to have settled into being up about 10-15 percent. Hoffman believes the industry players generally exited the second quarter better than expected when they reported first quarter results in the first week of May, while noting that more than three quarters of the customer base are NOT in retail trade, accommodation and food services, or arts and recreation.

He also believes that the pandemic fallout on residential waste is a call to reprice and restructure municipal contracts, similar to what began in recycling in the wake of China’s National Sword. In terms of recovery, both for the economy and the industry, he stressed that the key item to watch was housing — it is the canary in the coal mine for both consumer sentiment and ultimately waste volumes. On other topics, he noted that industry price discipline appears to be, and is expected to remain intact, while merger and acquisition (M&A) activity is expected to restart after a pause during the lockdowns.

In the final keynote presentation, “COVID-19: Steps to Recovery”, participants were asked to discuss what they saw as continuing into the new normal out of what was seen or learned during the pandemic. Work From Home (WFH) appears to be a trend that is expected to continue, as well as higher reliance on technology. Given the need for social distancing, in particular, the push to automated trucks (and away from two to three man trucks) and greater recycling automation technology was noted. And of course, it was reinforced that taking care of your people and adhering to best operating practices were key!