Family Behind Burney Disposal Builds on Its Industry Legacy 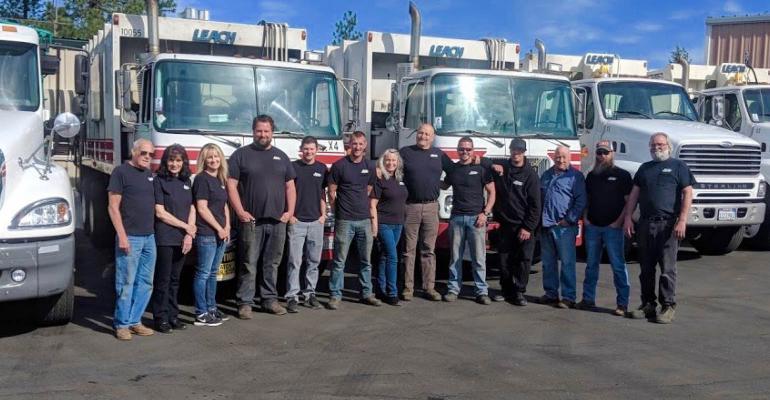 The company’s legacy dates back to 1906, when one family member helped launch Sunset Scavenger.

The company, with a team of about a dozen employees, manages collection for the greater Shasta County area in Northern California. The family-owned business provides residential and commercial waste and recycling services, in addition to managing the two transfer stations in the rural area.

When asked why they chose the waste management industry, both Tyler and her father, CEO and owner Tom Ghiorso, had the same thing to say: It was in their blood.

As the story goes, in 1906, Giovanni Ghiorso, a 17-year-old Italian immigrant, started a garbage collection business in San Francisco with a loan that he used to buy horses and a wagon. Just four days after starting his business, a catastrophic earthquake destroyed his wagon and his horses ran off (to be eventually recovered). According to the family history, Giovanni and a group of local garbage men joined together to create Sunset Scavenger, which still exists under the name Recology. 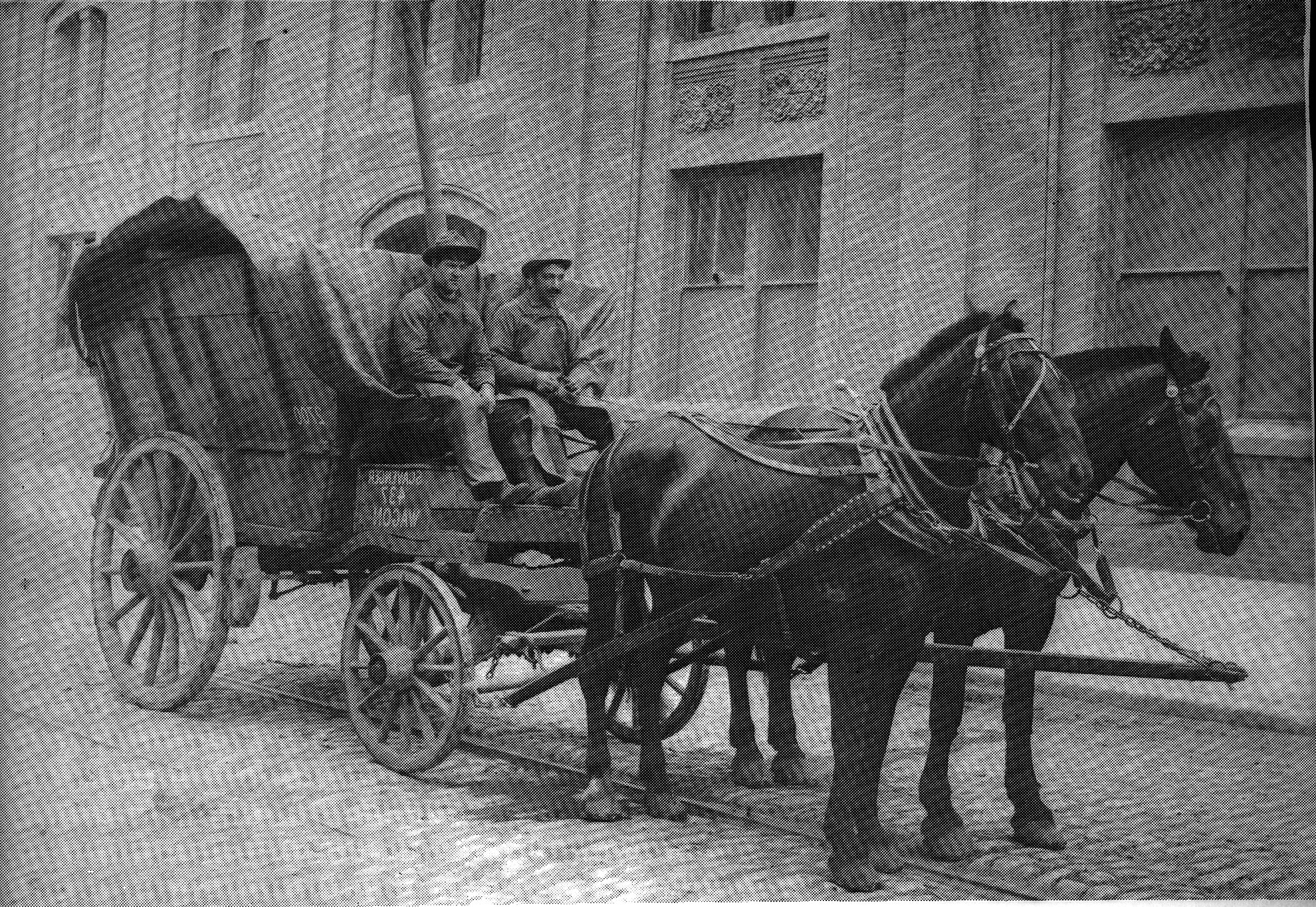 A few years later, Giovanni moved to the Santa Clara, Calif., area, where he started Santa Clara Scavengers, and trained his son, John, in the business. Giovanni retired and sold the business, and John, who served in World War II, took on another career. In 1977, when John was looking to invest in a business, he considered buying Burney Disposal. He asked his son, Tom, if he wanted to run the small-town garbage company. Tom, who was 27 at the time and living in Nevada, agreed. “It was like finding your calling,” he says.

In the beginning, the company was a one-man shop. “I was doing collection, I was doing the maintenance on my truck and I was doing the billing,” says Tom. He met and married his wife, Gwen, who became the company’s vice president, and they continued to grow the business. 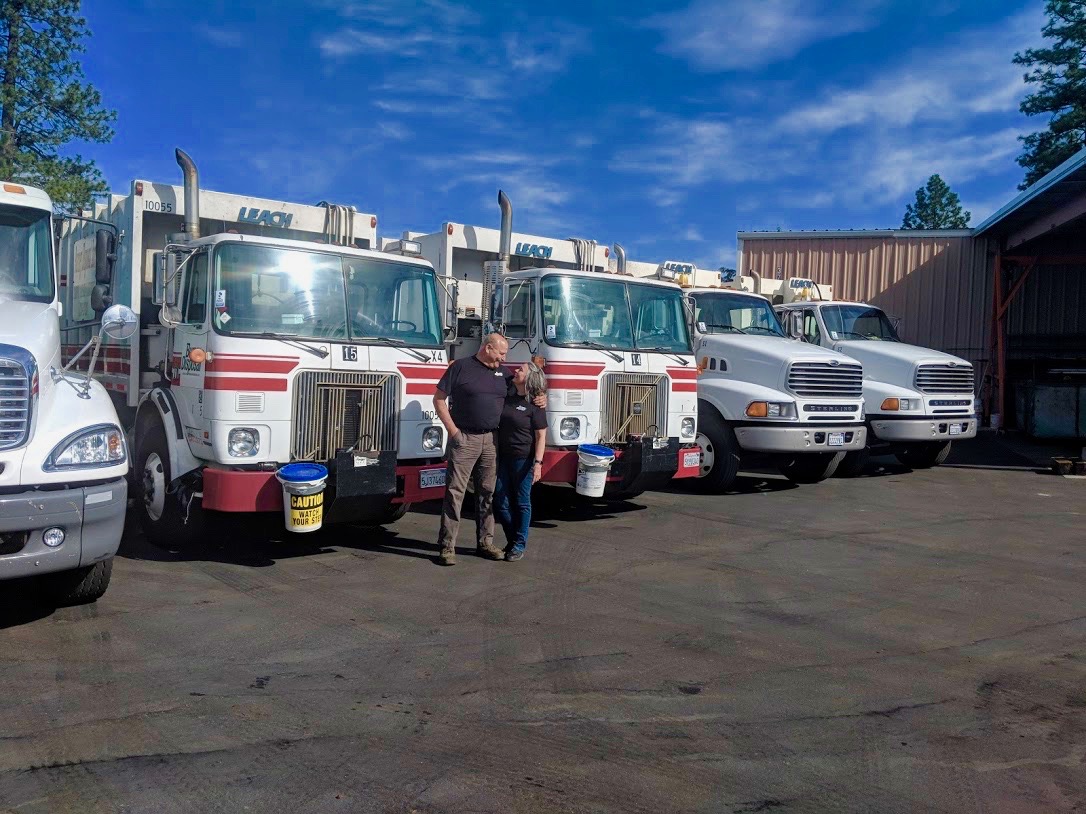 Today, the company manages about 3,000 residential accounts and 100 commercial accounts. It prides itself on being safety-conscious and providing good customer service, including taking the time to deodorize bins with a spray that Tom developed.

For more than a decade, the company has worked with neighboring Trinity County during fire season, from July to October. It manages waste for the camps that pop up to house firefighting teams. Burney Disposal allocates two roll-off trucks with two drivers, including Tom, and they stay on call day and night.

“We come in, we set up bins, we talk with logistics and we set up a collection regiment for that base as if it were a small city,” says Tyler. “The way we run it, we’re on call 24 hours a day. If they need a bin and they call us at 4:00 a.m., we dispatch a driver at that moment. Sometimes, one fire will have four or five bases with up to three or four bins, including recyclables. So, when you’re running two trucks with two guys, three hours one way in, for one bin, that becomes a logistical situation. The team has received commendations for their dedication and hard work from CAL FIRE and the US Forest Service. 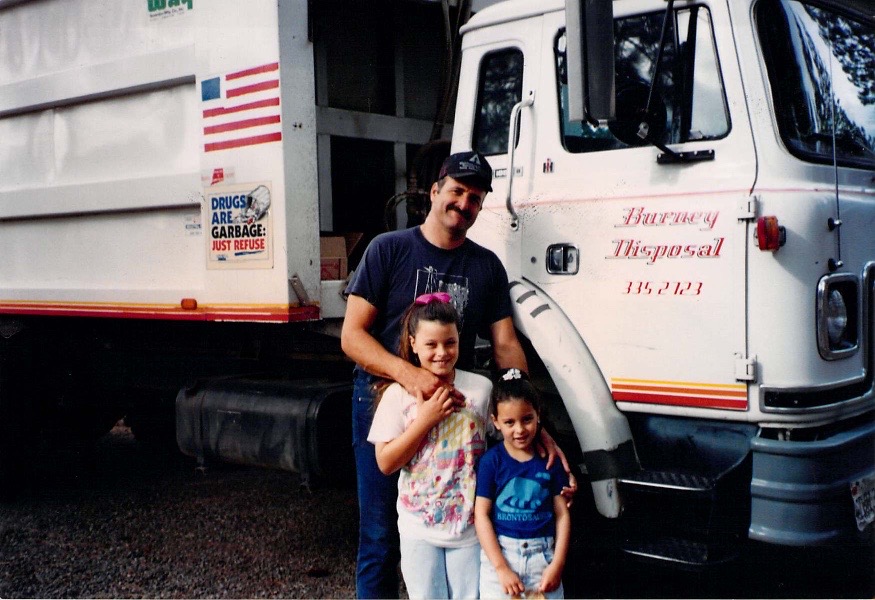 From its start as a one-man operation, the company has now grown to being one of the largest employers in the area. “We provide the best living wage in our area, and I think our customers are extremely happy,” says Tyler.

Together, the team has carried on the family legacy by providing what they call good old-fashioned service that focuses on being “careful, capable and courteous.” The three words had been used to describe Tom’s grandfather’s business, and now the phrase serves as the company’s motto.

“It was good then, and it’s still good now,” says Tom.