Home>Recycling>Business
Recent
Part 2: Curtain Call for Early PFAS Compound
May 07, 2021
Southern Company Gas Assumes Control of Meadow Branch Renewable Natural Gas Facility
May 07, 2021
Trash Collection Team Finds Wedding Ring Accidentally Thrown Away in Trash
May 07, 2021
NWRA Announces 2021 Industry Leadership Awards
May 07, 2021
TJ Troiano Drives the Family Business Like a Taxi Cab for Waste
May 07, 2021
How Intel Keeps E-waste Out of Landfills
May 07, 2021
New York City Department of Sanitation Unveils All-Electric Street Sweeper
May 06, 2021
GFL Revenue Up Nearly 30% (and a 37.6% increase in Adjusted EBITDA and a solid update on acquisitions)
May 06, 2021
Special Report: Recycling
brought to you by

Facing the Reality of Recycling Economics 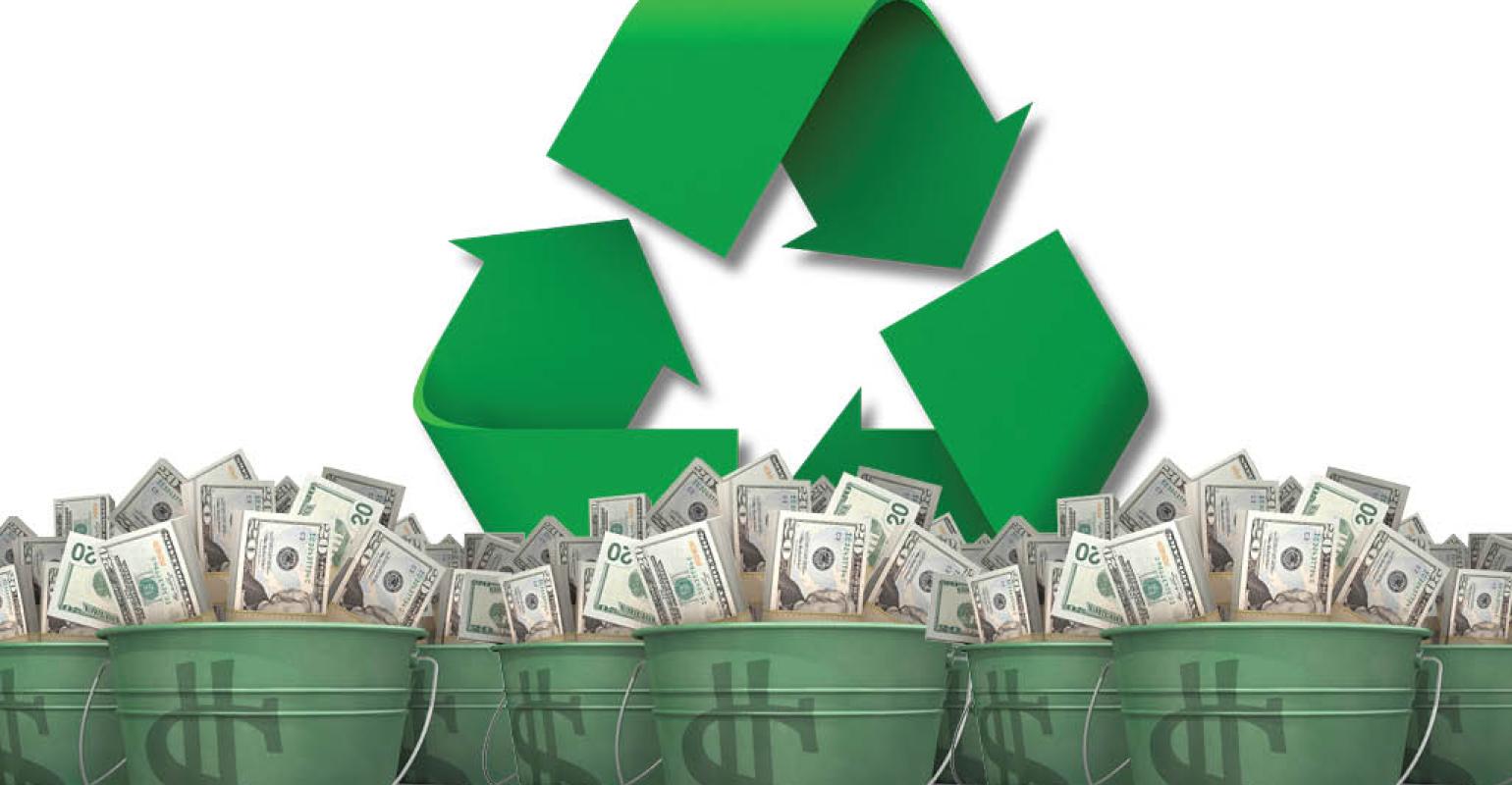 The myth of “free” recycling was conceived by outside interests motivated by economic gain to push for local government collection programs.

In a "no holds barred" indictment, last year the leaders of the largest waste and recycling corporations launched a discussion on problems inherent in the nation’s recycling collection and processing system. At the forefront of that conversation was an issue, in which at many levels we are all complicit: the misrepresentation of recycling economics.

Curiously, this dilemma did not originate with local government or the recycling industry. For years, however, it has been their headache. In an ongoing game of cat and mouse, each side continually tries new ways to shift the greater portion of the financial risk onto the other. Depending on the circumstances, it is safe to say that, over time, each side has been equally guilty of taking advantage of the other.

How and When Did This Happen?

The myth of “free” recycling was conceived by outside interests motivated by economic gain to push for local government collection programs. As early as the 1950s, mayors of major cities were complaining to Congress about the cost of handling a growing waste stream resulting from increased product packaging. To avoid the looming threat and associated costs of extended producer responsibility legislated initiatives were driven by the beverage industry with the purpose of creating the first organized municipal recycling programs.

By promoting recycling over the previous container deposit system, producers were able to shift the responsibility—and the expense—for recovering containers and litter cleanup to local governments. One major beverage concern reported an immediate 50 percent reduction in bottling and distribution costs within a year of the switch to non-returnable containers. Of course, those costs were absorbed by local governments.

From the very onset, cities questioned the wisdom of abandoning the deposit/return system. Surveys showed no consumer dissatisfaction with that process. Officials expressed concerns that consumers would reject paying to recycle items that previously offered a monetary incentive to return. To assuage those fears, producers promoted the value of the glass, steel, aluminum and eventually plastic container overstating their ability to cover the new program costs with total disregard for fluctuating market conditions. Legislators accepted the theory. Voila’ the fallacy of “free” recycling was born.

Since then the subsidies required to support the recycling operating system continue to be hidden in taxes, grants or bundled into waste collection and disposal fees. Because in few cases is recycling a standalone cost to residents, the myth was perpetuated.

When prices for recycling commodities influenced by China’s economy escalated beyond expectations, generous revenue sharing mechanisms built into municipal contracts became the norm. Processors responded favorably. Many fell over themselves proactively offering highly attractive rates to secure long-term relationships. Static rebates unrelated to market conditions were offered by some. In other instances, sliding scales and commodity indexes typically established the rates, while contracts set the percentage of market revenue paid to local governments.

Profits that may result from recycling hinge on the volatility of the commodities market. In pure revenue sharing models, the system implodes when the contractor cannot realize a profit and/or when municipal officials are unprepared for the high potential risk of revenue loss and increased expenditures.

Another factor in recent play is the rapidly evolving ton. The economic impact of sudden and ongoing changes in the composition of the material stream is a new phenomenon for which the industry was largely unprepared. It has the same effect as dramatic price shifts. Profit projections for single stream processing facilities were turned upside down by the influx of plastic over paper.

The disparity between the value of the materials and the full program cost has widened in recent years. For some materials the gap is greater than for others.

No longer willing to sustain these losses companies are renegotiating existing contracts, insisting on more favorable terms and conditions in new contracts, introducing higher rates for less marketable materials, or simply divesting of recycling operations in unprofitable markets. Waste Management, Casella, Republic and ReCommunity have been candid about their intentions. Likewise, costs for public sector services are also under greater scrutiny.

Tensions run high in cities and towns of all sizes when put on notice that the game is changing. In the past 12 months, cities like Houston, Denver, Greensboro, N.C., Decatur, Ill., Harrisburg, Pa., and Sioux City, Iowa, were in the headlines. Each saw significant rate hikes or were presented with differential prices or alternative options for handling glass. With much public comment and media attention, councils were faced with some difficult decisions regarding cost versus local expectations. It is safe to assume this scenario will be repeated.

The goals of well written service specifications and contractual agreements are to stimulate fair and competitive pricing, to minimize the need for bidder speculation, and to reduce later disputes. In long term contracts, release valves for unforeseen composition, market, fuel, and regulatory changes are crucial.

The drama laden attempt at contract renegotiation currently playing out in the Midwest between ReCommunity, Ann Arbor and overflowing into Toledo is painful to watch. It is a sad twist in a long term relationship during which the entire market has flipped upside down. Now in litigation, the situation is a classic example of “we said - they said.”

Regardless of which party wins the argument, both sides have taught us something about communication, mutual trust and contractor relationships. You can’t write that into a contract, but you can foster it by providing clarity in both the bidding process and continually reinforcing what’s expected during the service period.

Michele Nestor is the President of Nestor Resources Inc., based in the Greater Pittsburgh area, and chair of the board of directors, of the Pennsylvania Recycling Markets Center, Penn.