Home>The Business
Recent
Unique Industry Council Aligns on First Milestone for Unlocking the Pathway to Circularity for Packaging
May 13, 2021
Resilient U.S. Paper Industry Maintains High Recycling Rate in 2020
May 13, 2021
Australia's First Solar Panel Recycling Plant in Operation
May 13, 2021
Scientists Create Metal Free Battery that Breaks Down in Acid
May 13, 2021
53 Percent of Boulder’s Waste Recycled, Composted or Reused
May 13, 2021
New Ventilators Tossed in a Miami-Dade Landfill
May 13, 2021
Secure E-waste Export and Recycling Act Introduced
May 13, 2021
Industry Experts Call for Tougher Rules on Recycling
May 13, 2021 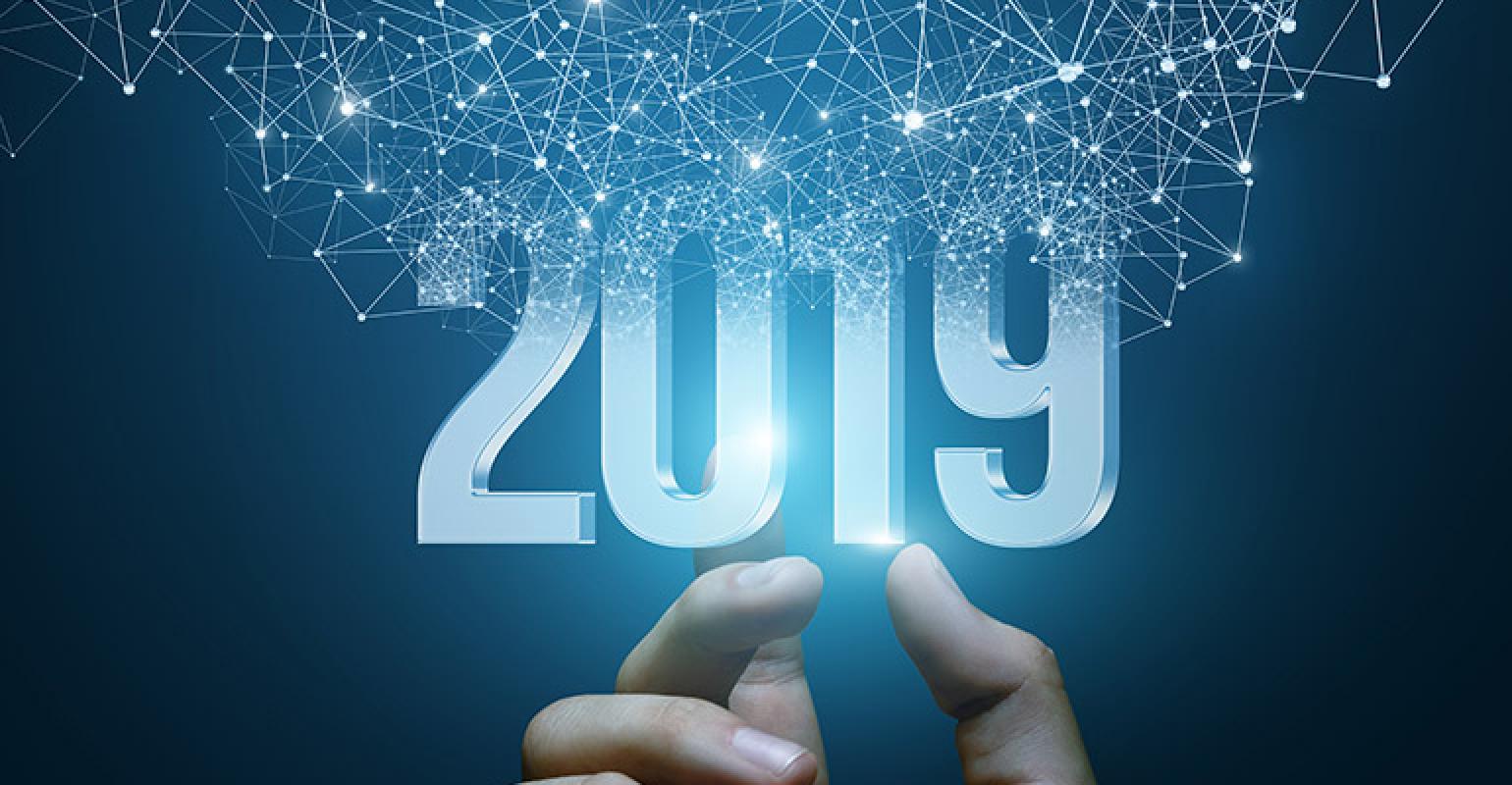 In this month’s edition of Business Insights, we share our thoughts on the outlook for the key drivers of the solid waste industry.

The publicly-traded solid waste companies are on the verge of reporting their 2018 year-end results and presenting their 2019 outlooks. In this edition of Business Insights, we continue our tradition of sharing our thoughts on the outlook for the key drivers of the solid waste industry.

All companies are expected to focus on pushing and improving pricing in 2019. This is being driven by the need to cover cost inflation and the desire to boost margins, but it is underpinned by capacity constraints, cost pressures on private haulers (and thus their pricing participation) and what is still expected to be a supportive macro environment.

Waste Connections (WCN) is expected to lead the charge, with price expectations in the 4 to 4.5 percent range. Casella Waste Systems (CWST) stated that it will target 3.5 percent, while Advanced Disposal Services (ADSW) is also likely to target around 3.5 percent. Republic Services (RSG) has noted it needs about 2.5 percent price to cover inflation, and it will push toward 3 percent, in a range of 2.5 to 3 percent.

Despite Wall Street handwringing about a slowing economy, it is much more likely that, again, all the companies will speak to underlying strength in their end markets, with no sign of weakness (at least as yet). Housing remains a concern among industry analysts, but, in general, the percentage of revenues tied to the residential construction market is much smaller than in 2007, prior to the Great Recession. Underlying solid waste market volume should be pegged between 1 and 2 percent but with quite a bit of variation among the individual players. Waste Management (WM) is likely to lead the pack here, with expected volume growth closer to the top end of the underlying macro range, while RSG has largely shed its “non-regrettable” broker business and should target 1 percent-plus volume growth. Similar levels are expected from CWST, despite the closure of its Southbridge landfill. The only company whose volumes may remain modestly negative is WCN due to continued culling of underperforming business and the loss of New York City transfer volumes, but it is much more likely to end up flat to modestly up as well.

Recycling Turns into a Tailwind, While Fuel and E&P Waste Look Neutral Despite Oil Price Swings

The bane of 2018, recycling, looks to turn into a tailwind in 2019. We use old corrugated cardboard (OCC) as a proxy for overall recycled commodity prices and RISI’s monthly “Yellow Sheet” for price data. Although technically pricing is down 9 percent from the 2018 average to the January 2019 level, the hit is all contained in the first quarter. OCC bottomed and stabilized in May and June 2018 at around $66 per ton, and since then has basically ranged within $1 of $70 per ton in each remaining month of 2018.

As per January’s “Yellow Sheet,” it now stands at around $69 per ton. The stabilization in pricing should ameliorate the headwind all the companies suffered in 2018, and individual company actions to fix the business—initially and most typically enforcing contamination standards and imposing contamination fees—should turn recycling into a tailwind by the second quarter, barring no significant downdraft in OCC pricing.

On its third quarter conference call, and in subsequent meetings, WM has stated it expects recycling to be a $40 million to $50 million EBITDA increment in 2019. Generally, all the companies prudently use current pricing as a baseline to forecast recycling results for the year, which may provide the potential for an upside surprise this year—diametrically opposed to last year! Recycling industry sources have pointed to recent import permits granted by China, in which the tonnages are up materially over 2018 levels, and there is chatter that China may ease some of the various import permit restrictions on OCC—NOT the contamination standard but other barriers—such that tonnage exported to China may be back up again in 2019. Couple that with domestic mill capacity potentially coming online in the second half of 2019, and we have the makings of an uptick in pricing late in 2019!

Despite the rise in oil prices beginning in the second quarter of 2018 and the plunge at the end of the fourth quarter, fuel looks surprisingly benign overall for 2019. As of January 2019 levels, diesel is down 6 percent from the full year 2018 average and down 11 percent from October 2018 highs. The flip side of fuel costs—exploration and production (E&P) waste revenues—also looks to be largely neutral for the companies. Shale drilling companies’ capex and expected production for 2019 are generally being trimmed back but not dramatically thus far. Also, the company most exposed to shale activity—WCN—now has much less exposure—5 percent of revenues versus 15 percent following its R360 purchase.

At the time of the third quarter conference calls, cost inflation looked suddenly acute, eating into company margin results, and if sustained, would have pressured margins in 2019. However, during the course of the fourth quarter, that has subsided, in large part due to falling fuel costs, which should help alleviate some of the third-party freight and subcontractor costs that surged in the third quarter. Spot freight rates have since declined. That said, labor pressure has not eased, and labor costs are likely to be up 4 to 5 percent for all the companies. All in, though, we would now expect modest EBITDA margin expansion, ranging between 10 and 50 basis points. RSG has already staked out expectations of a 30- to 50-basis point EBITDA margin improvement, and WCN anticipates a 30-basis point improvement in 2019.

Perhaps somewhat contradictory to perceptions and fears of a slowing economy (and likely analyst expectations), capex levels are likely to remain elevated and generally above historical ranges that tend to coalesce around 10 percent of revenues. Company collection operations are essentially operating at full capacity, while volume growth is still anticipated. Further investments—in fleet, fleet and information technology, optical sorters and robotics at materials recovery facilities (MRFs) to lower contamination and speed lines despite the poor economics, and in employees and employee facilities—are expected across the board. RSG noted that it anticipates spending $75 million on fleet and employees in 2019, which is an incremental $50 million to the 2018 spend on those items.

As we detailed in last month’s Business Insights, “The M&A Landscape,” merger and acquisition (M&A) activity is also likely to remain elevated due to a combination of motivated sellers, higher strategic valuations and fear of a potential tax law change. All the companies are anticipated to announce above normal amounts of tuck-in acquisitions. Nothing makes this clearer than CWST’s recent opportunistic stock offering, the proceeds of which are certainly earmarked for potential M&A!

Earnings and Free Cash Flow Push Me Pull You

Although earnings and free cash flow are expected to be up across the board, growth rates for both will slow dramatically from 2018 levels as the turbocharge from tax reform anniversaries. That said, once guidance is set, the 2019 forecasts ultimately may have more upside potential than downside risk, given what has been noted with regard to M&A and recycling, barring a significant and sudden deceleration in the economy.