Why Co-locate Compost and Anaerobic Digestion? 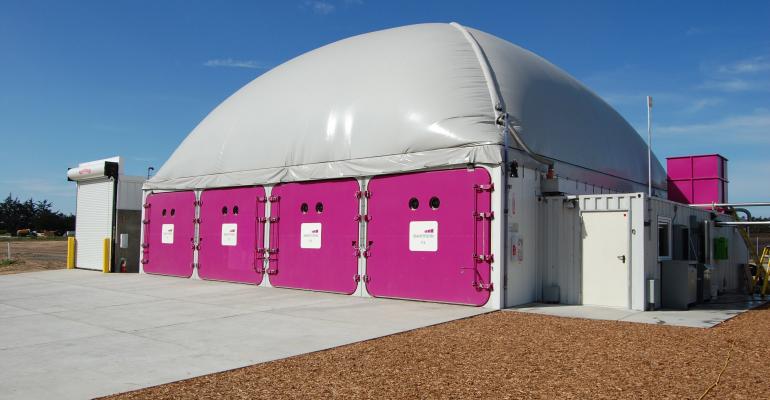 Although not many waste operations are currently co-locating AD and compost, some are looking into it, recognizing the potential benefits.

Six years ago, North Monterey County’s landfill not only became the first California site to set up a dry anaerobic digestion (AD) plant but the first landfill to co-locate AD and composting in one place. It had been composting for more than two decades by that point.

Co-locating meant it could better manage organic waste while making a new product. But the district took somewhat of a leap of faith knowing that several companies would have to work well together to implement multiple intricate processes, says Tim Flanagan, general manager of the Monterey Regional Waste Management district. Not too many waste operations are doing this, due to these considerations, among others. But some are looking into it, recognizing potential benefits.

North Monterey’s fairly small project, processing about 40,000 tons of source separated yard waste and more than 6,000 tons of food waste, is panning out.

“We’d been working with food waste, ensuring that the material was clean for years. Plus, we’re in a rural location, which is ideal for both operations,” says Flanagan.

Conceptually, co-locating compost and AD operations makes sense, says Jim Miller of J.R. Miller & Associates. He explains that in addition to biogas, AD produces high volumes of digestate, which is usually separated into dry and liquid material, with the dry component ideal for composting.

“Put yourself in a developer’s place. They have tons of digestate on their hands, and if they compost it, they have another marketable product. That’s why some [stakeholders] are starting to look at integrated facilities,” he says. 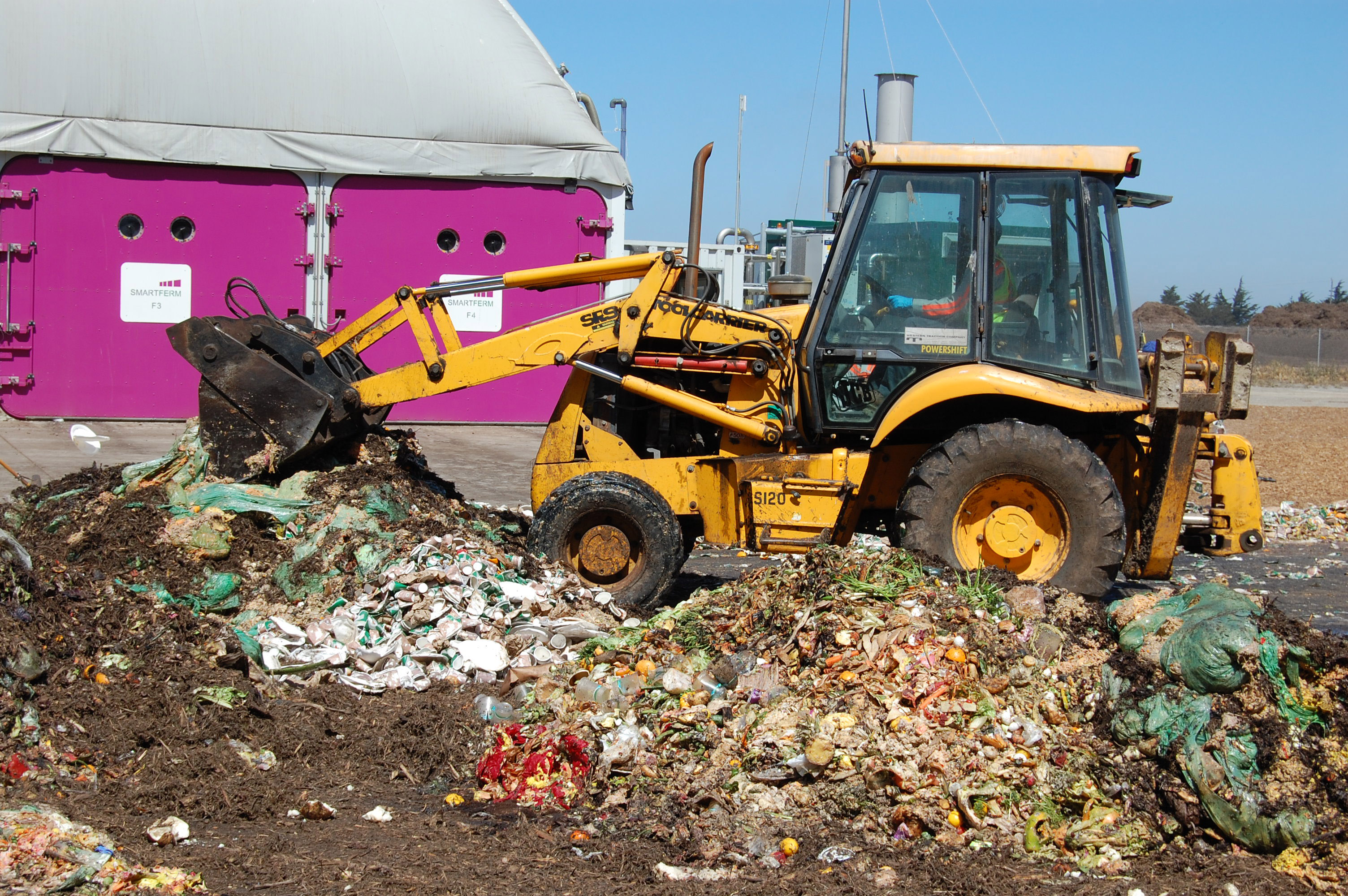 At an integrated facility, organic waste would begin in the digester; bacteria consumes the carbon and converts it to biogas. Remaining material with nutrient value may work as soil amendment as is, or it can be divided into liquid and dry digestate, with the liquid component working as fertilizer and the dry material blended with raw green material for compost.

But it’s not a simple endeavor; there are complex, technical considerations involving many specialists.

“There are processing steps and byproducts to deal with. Since digestate can’t be composted without being blended, it may be necessary to bring in a green waste operation. And there are other operations such as removing and sorting recyclables and hazardous waste in the stream,” says Miller.

Monterey County’s addition of AD is a joint venture between the district and Zero Waste Energy (ZWE), headquartered in the San Francisco Bay area. ZWE owns and operates the AD plant, and the district pays the company for electricity.

The power made through AD is sold to a sewage treatment plant, and the compost products are given to the composter, Keith Day Company, in exchange for the company managing the process.

“Co-locating two facilities allows for capture of methane for renewable energy as well as provides a means to produce finished compost onsite. It comes out of the digester and goes into the windrow 4 yards away, reducing emissions and saving costs,” says Flanagan. 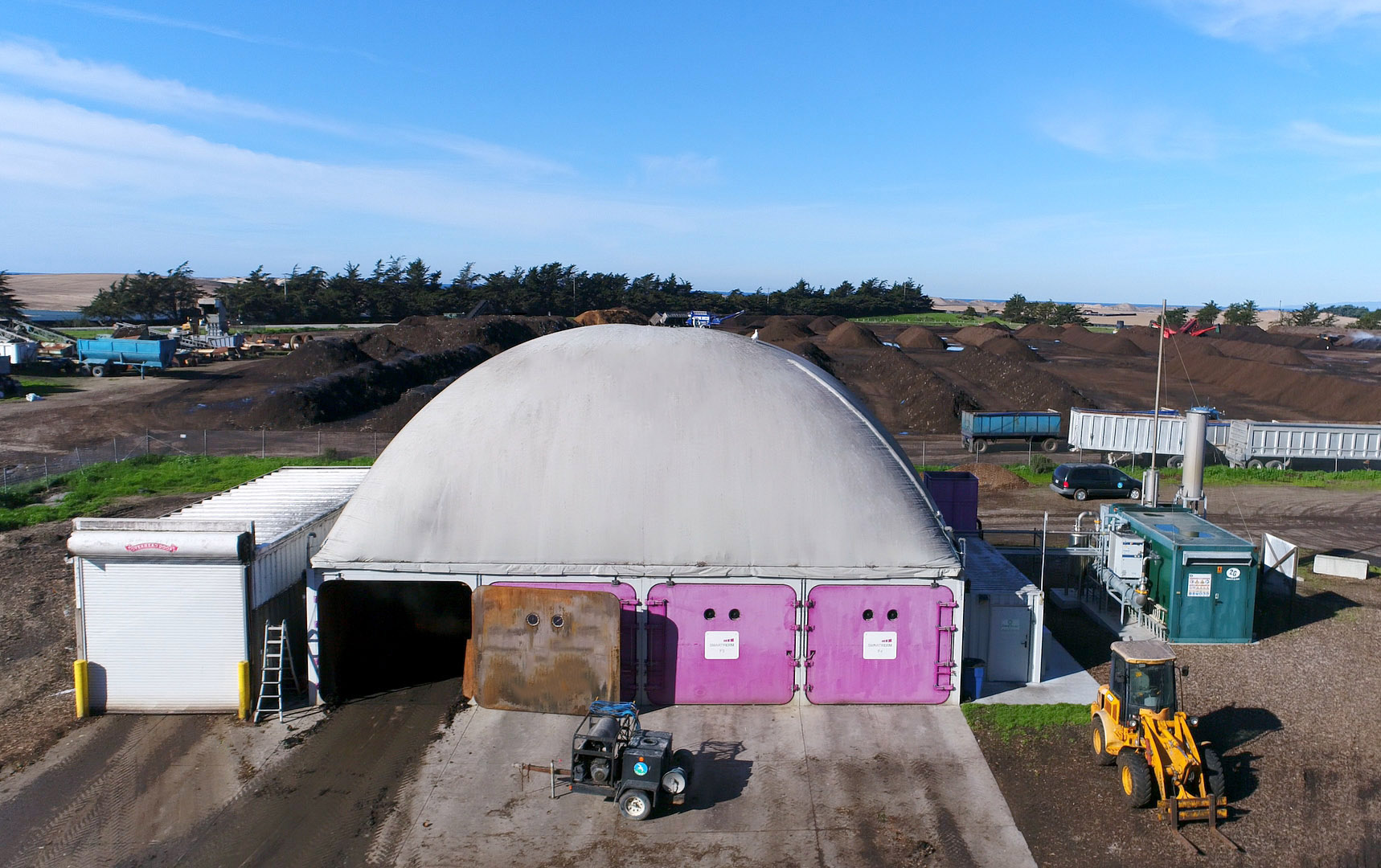 The scenario Cotton speaks of is the one that Zero Waste Energy Development Company (ZWED) finds itself in. The San Jose, Calif.-based company is permitted to do both dry AD indoors and composting outside. But there were challenges with the windrows, and the city of San Jose requested that ZWED do no outdoor operations due to potential odor concerns.

So, AD and some processing of digestate are done onsite, then material is hauled 35 miles to a compost facility in Gilroy.

“Our ultimate goal is to do both at one place, as having to send it elsewhere is a challenge for three reasons,” says Emily Finn, director of business development for ZWED. “There’s the transportation cost, the operation’s carbon footprint and our capacity is double counted. Feedstock is counted at our facility and again when digestate is sent for composting.

“Our goal is to continue working with San Jose and to see if in the future we can retain digestate compost onsite. If we could co-locate, we could process more organics,” adds Finn.

Some developers believe tightening food waste reduction regulations—such as California’s mandate of 75 percent organics diversion by 2025—may drive more of these operations.