HomeThe BusinessBusiness OperationsEREF Elects 2020-2021 Board of Directors Executive Officers
Recent
Machinex Upgrades West County Resource Recovery in California
May 27, 2022
EREF Hosts Record-Breaking Charitable Auction, Proceeds Directly Support Scholarships and Scientific Research
May 27, 2022
This Week in Waste: Top Stories May 23 - May 28
May 27, 2022
Landfill Emissions Measurement: What We Know, What We Need to Know
May 27, 2022
POLL
SWANA & Oceans Caucus Foundation Host Congressional Briefing on Recycling
May 27, 2022
Collaboration Leads the Way in Connecticut to New Extended Producer Responsibility Law for Management of Discarded Residential Gas Cylinders
May 27, 2022
An Uber-Style Service for Curbside Recycling
May 26, 2022
S&B Selected as Contractor for New Hope Energy’s Advanced Plastics Recycling Unit
May 26, 2022
Need to Know
brought to you by 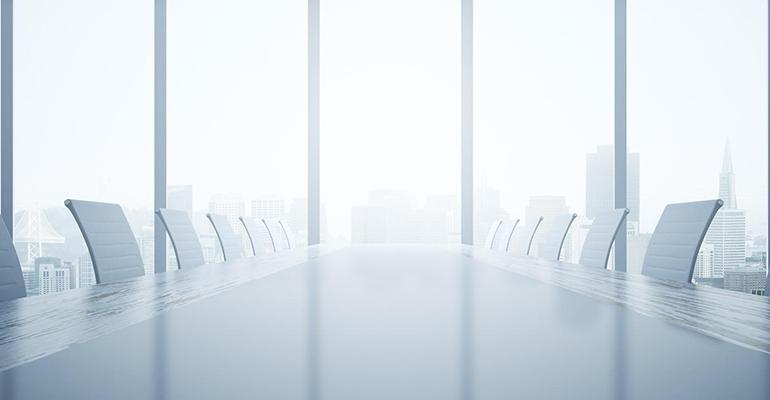 Executive officers are Pat Carroll of ESG, Ven Poole of GFL Environmental’s Board of Directors, James Little of Waste Connections and Past Chair Jim Dowland.

The Environmental Research & Education Foundation (EREF) is beginning the new decade with a change in leadership on its Board of Directors.

Carroll has been president of ESG since 2010. ESG, whose corporate headquarters is in Chattanooga, Tenn., is a combination of Heil Environmental, Marathon Equipment Company, 3rd Eye, Soft-Pak Software Solutions, Curotto-Can Company, Parts Central and Bayne. Prior to this role, Carroll was the president of DE-STA-CO (a Dover Company) for five years. DESTA-CO is a global company focused on industrial automation components with manufacturing locations in nine different countries in the U.S., Europe, Asia and South America.

Prior to his role at DE-STA-CO, Carroll was with Terex Corporation for five years, four years as president of the Telelect Utilities business and one year in business development at the corporate headquarters. Prior to his role at Terex, he spent 12 years with Ingersoll-Rand in its construction and mining business, where he held several positions with increasing global responsibility in sales, marketing, new product development and business unit management.

“This is an exciting time to serve as EREF’s board chairman. With its recent growth, both from a programmatic and staffing perspective, the foundation is in a prime position to lead scientific discussions surrounding all aspects of solid waste,” said Carroll in a statement. “Expect to see a lot of crucial data and information coming from EREF this year.”

Poole currently serves on the Board of Directors of GFL Environmental Inc. Prior to its merger with GFL in 2018, he served as chairman and CEO of Waste Industries for 10 years. Prior to becoming CEO, Poole served as vice president of corporate development for seven years, director of support services for five years and director of risk management for six years. Prior to joining Waste Industries, Poole was a senior engineer with Martin Marietta Orlando Aerospace. He has more than 28 years of experience in the solid waste industry. In addition to being on the board of EREF, Poole serves on the North Carolina State University Board of Trustees and the St. David’s School Board of Trustees. In 2019, he was inducted into the National Waste & Recycling Association Hall of Fame.

Dowland is a registered professional engineer and has spent the last 40 years in the solid waste industry, 19 with Browning-Ferris Industries followed by 18 with Waste Management, Inc. During his last 10 years with Waste Management, he served as corporate vice president of disposal operations, retiring from this role in 2018.

Further, Dowland has served on EREF’s Board of Directors for nearly 13 years and during his tenure has chaired the projects committee, which is quite active and serves a critical role that drives EREF’s research program.

“EREF is fortunate to have a board comprised of remarkable individuals who are passionate about the work we do and who take a hands-on approach to ensure our success,” said EREF President and CEO Bryan Staley in a statement.