How Detroit Zoo is Converting Manure, Food Scraps to Energy 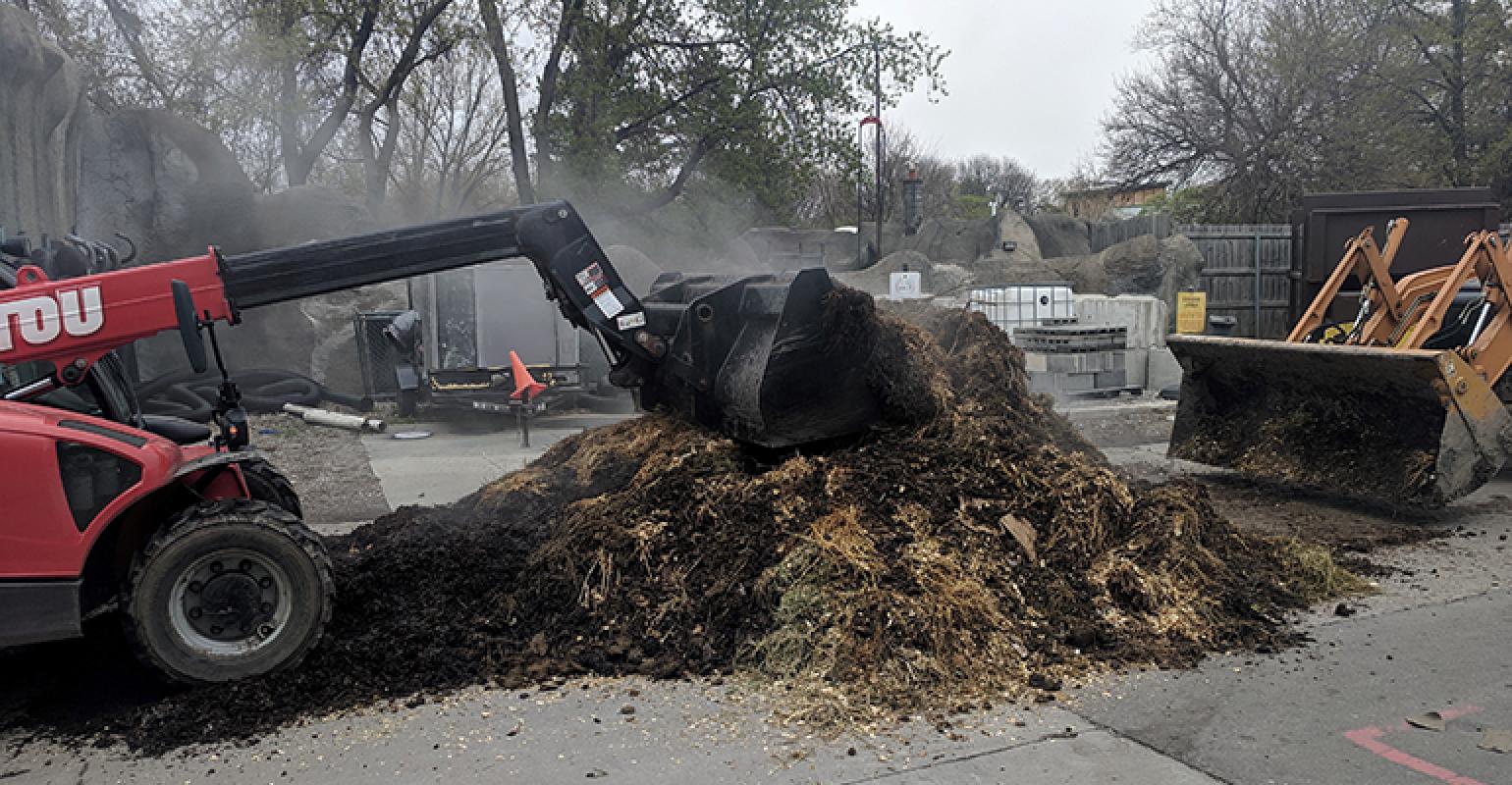 The Detroit Zoo has become a main attraction, not just for its exotic animals but for what it’s doing with the animals’ manure. Staff there divert more than 500 tons a year of this material, which goes into an onsite anaerobic digester (AD), along with pre-consumer food scraps and scraps left after preparing the animals’ food. The material is reduced by about a third of its original volume. About 500 tons of compost are made from what’s left after the AD process. And the methane generated powers the zoo’s animal health center.

Detroit Zoo has long been known for its sustainability work, but this $1.2 million project is among the most innovative and interesting endeavors it’s engaged in, believes Rachel Handbury, sustainability manager of the Detroit Zoological Society.

The compost is used at the 125-acre site, when before a lot of the material that goes into this product was landfilled; some was shipped to a local composter with a cost of $10,000 a year, and the zoo also had to buy the compost. 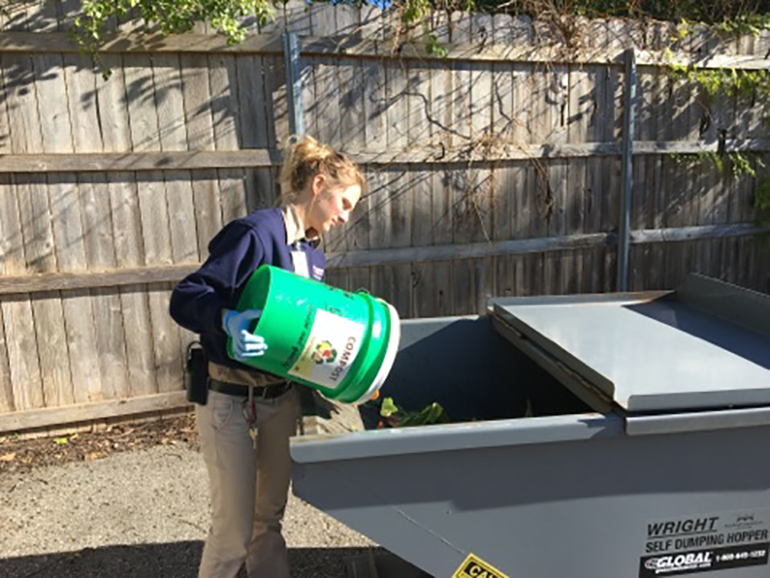 “That processing fee did not include transportation. Then, there were emissions. Now, we save in landfilling and processing, and we also sell some of the compost that we make ourselves to our guests,” says Handbury.

Detroit Zoo is not generating enough gas to provide 100 percent of the power to the animal hospital, but it is ramping up. Its goal is to be able to fully power the facility on renewable energy, which will save about $120,000 in electricity.

However, finances were not the main driver to launch this project. Rather, the zoo wanted to handle its own material, make usable products and educate guests, says Handbury, who teaches about the AD and how people can manage their own food scraps.

She and landscape supervisor Matt Lapshan run the digester.

Lapshan and his team collect the manure and food scraps, bring them to the AD, mix the materials and push them into the four-cell system. 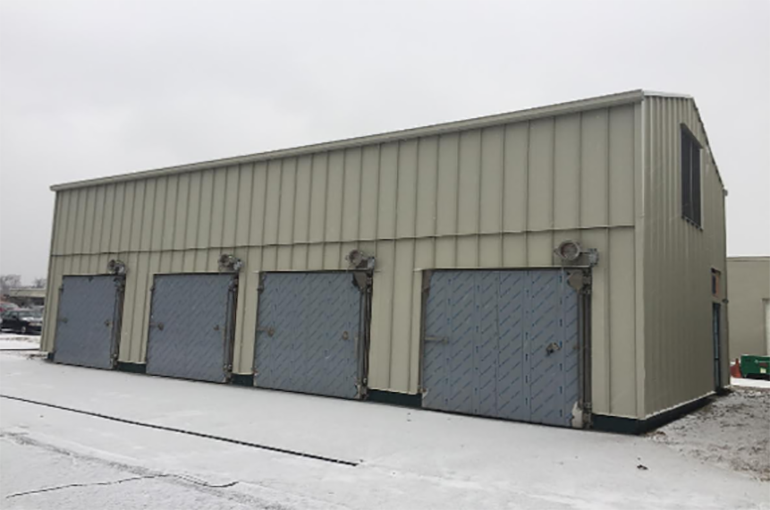 “When I interviewed for this job, I was told about this project and that I would be involved. I didn’t know how big a role I’d play. It’s been neat to follow while helping work through operational kinks and make improvements. It’s been a worthwhile endeavor, and one the zoo will see through to our end goal of fully powering the animal hospital and diverting as much waste as possible from landfill,” says Lapshan.

“It’s fairly automatic, but in general, each cell is heated to about 110 degrees Fahrenheit, and we spray leachate [liquid manure], which contains the microorganisms that break down the material. That leachate recirculates to help us generate methane faster,” says Handbury, whose background is in environmental consulting.

Michigan State University researchers determined how to design the system. 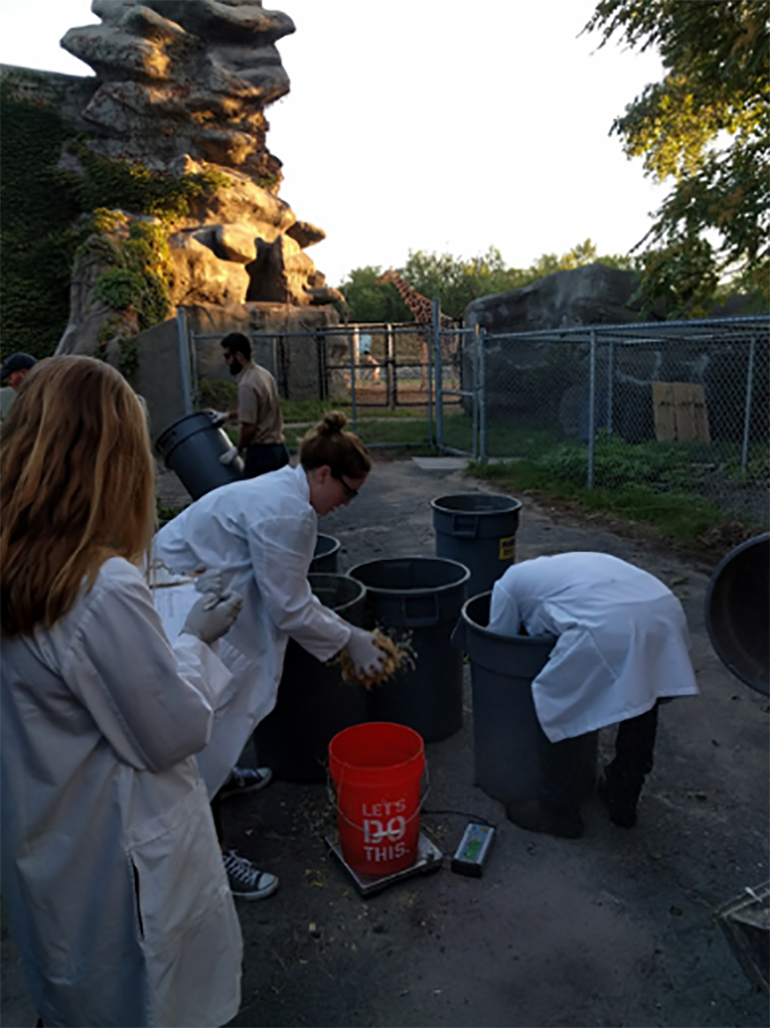 “We had to examine manure from different animal species and looked at over 30 species. We needed to consider moisture content and energy potential. Then, we did BMPs on 10 animal groups. Using that information with volume estimates, we could create a basis for design with regard to size and estimated gas production potential,” says Dana Kirk, assistant professor in biosystems and agricultural engineering at Michigan State University.

This was a particularly interesting project for the university.

“It’s not every day you see students walk in the lab carrying animal manure. It was a big learning experience,” he says.

Kirk anticipates that what they discovered will have more applications, though not necessarily in the U.S.

“What we learned is more applicable internationally, as these are exotic animals that are more prevalent in other countries. We will be able to use that data as we develop small-scale digesters in developing regions of the world,” he says. 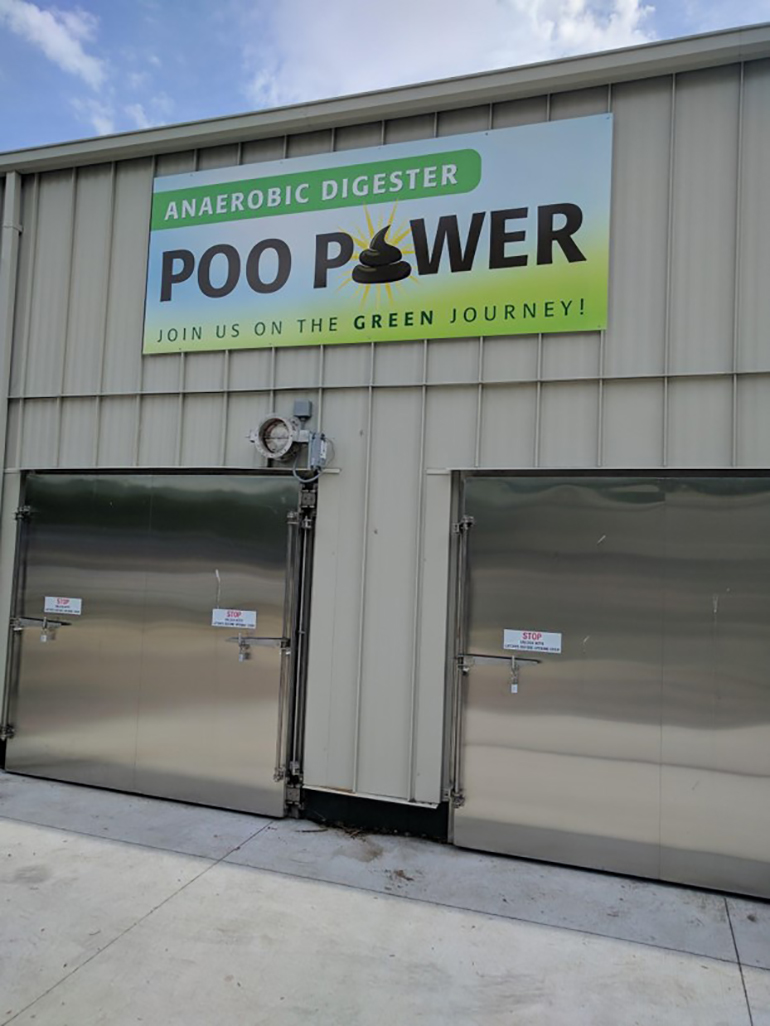 Brian Mooney, president of Integrity Building Group of Detroit, who built the system, says the only other one he’s aware of that processes exotic animal waste is in Munich, and this system was based similarly to that one.

One of his greatest tasks was figuring out how to make the cells holding the manure completely airtight.

“The gas produces pressure, which presses against concrete walls, doors and other building materials. You want to be sure gas can’t escape and oxygen doesn’t enter. And you want to keep gas where it should go to maximize production. So, you need an extremely strong sealant,” says Mooney.

And because this waste type tends to be more acidic, it can eat away at the sealant, making it difficult to get the cell to stay pressurized.

The project fits well with the zoo’s values. This community resource’s main pillars are animal welfare, sustainability, conservation and education.

“We consider where the animals we care for come from and the whole ecosystem they are a part of. And we feel it is our responsibility to protect ecosystems and the habitats within those ecosystems. Through projects like the AD, we can reduce our carbon footprint and have a reaching effect beyond the zoo to protect the animals that we celebrate,” says Handbury.