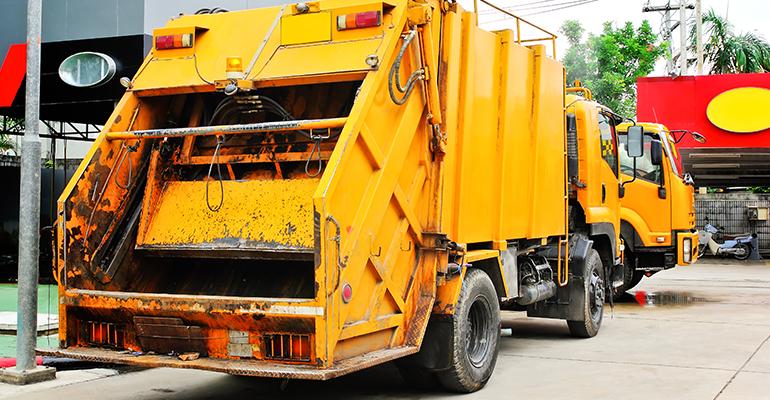 The Atlantic spoke with parents, kids, child-development experts and waste management professionals for their insights.

Why are kids so fascinated with garbage trucks? Is it all the moving parts of a truck? Because kids think smelly stuff is funny? Maybe it’s the men and women operating and riding on the backs of these trucks? Or, most likely, it’s a combination of all these things and more.

The Atlantic recently explored why for decades children have been fascinated by garbage trucks. The writer spoke with parents, kids, child-development experts, waste management professionals and the creator of a kids’ show about an anthropomorphized garbage truck for their insights. Together, they worked their way toward what the article calls “a unifying theory of why kids are so wild about garbage trucks.”

The Atlantic has more:

For Ryan Rucker, a dad in Vacaville, California, the weekly summons comes on Wednesday mornings, usually around seven. For Rosanne Sweeting on Grand Bahama island, in the Bahamas, it’s twice a week—Mondays and Thursdays, anytime from 6 to 8:30 a.m.—and for Whitney Schlander in Scottsdale, Arizona, it’s every Tuesday morning at half-past seven.

At these times, the quiet of the morning is broken by the beep beep beeping of an approaching garbage truck—and broken further when their kids start hollering, begging to be escorted outside to wave or just watch in awe as the truck collects and majestically hauls away the household trash. Rucker’s daughter Raegan, 3, takes her stuffed animals outside with her to watch the pickup. Cassidy Sweeting, 4, enlists her mom’s help to deliver granola bars and water bottles to the three trash collectors. Finn Schlander, 3, invited the neighborhood garbage-truck driver to his birthday party. (Ultimately, he was unable to attend, but the party had garbage-truck decorations nonetheless.)