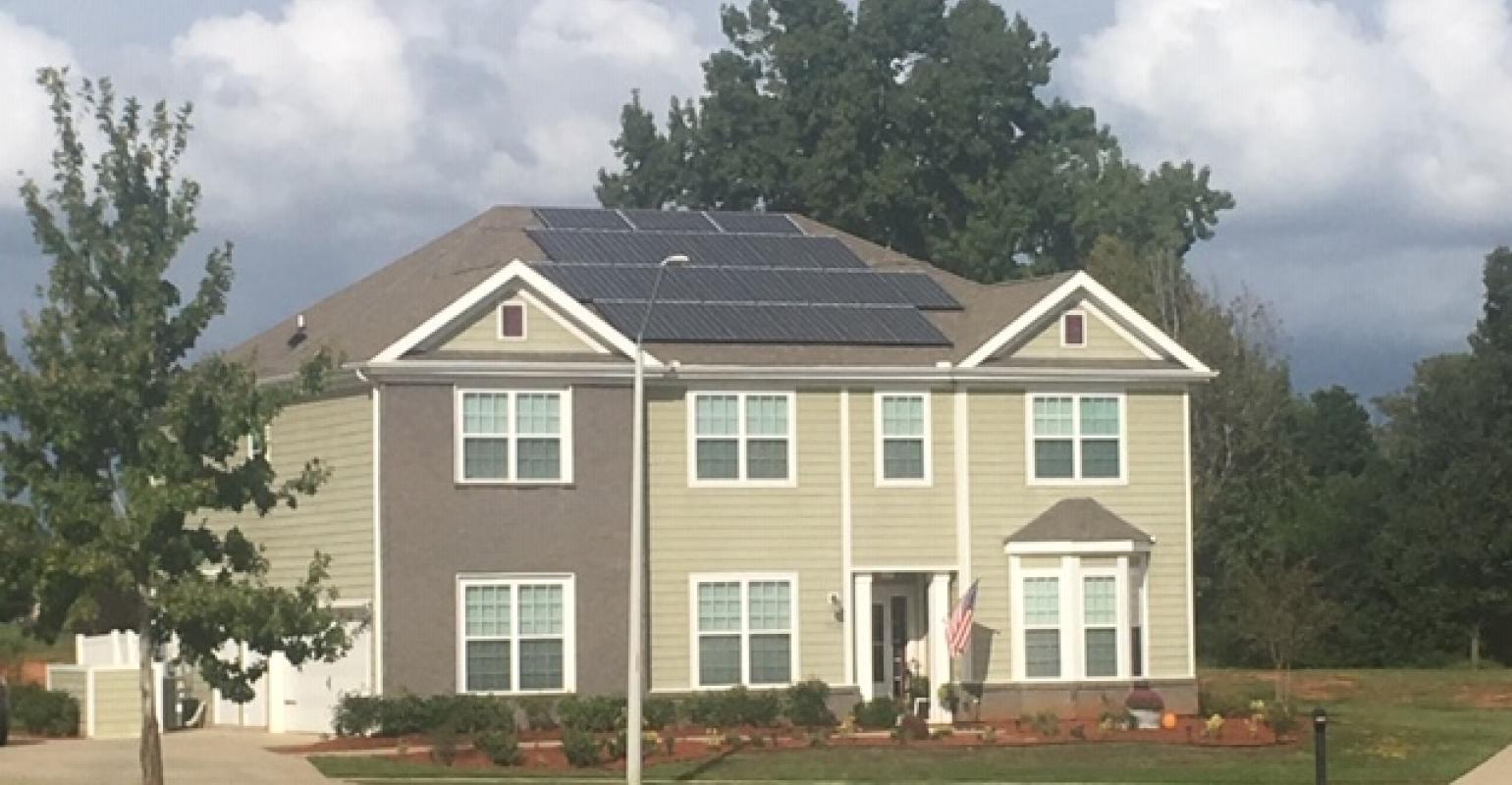 The project will equate to around 2.4 million kWh per year—the equivalent to recycling 648 tons of waste.

In all, 284 homes have received 5,865 solar panels, helping to offset approximately 40 percent of the total annual electrical consumption at Shaw Military Housing.

“We couldn’t be more excited about this innovative project at Shaw Air Force Base,” said John Hoyt, Hunt Military Communities vice president, in a statement. “Installing these solar panels will not only reduce our dependence on foreign fuels but will allow us to save money in utilities, money which will be directly reinvested back into housing. This is definitely a win-win situation.”

In all, solar energy production at Shaw Military Housing will equate to approximately 2.4 million kilowatt hours (kWh) per year. That amount is equivalent to removing nearly 400 cars a year or 648 tons of waste recycled.

The PV project at Shaw Air Force Base is a result of the collaborative legislation passed by South Carolina’s General Assembly in 2014, commonly known as Act 236. The law provided a framework for customers to install solar on their homes and businesses through strategic programs like the net metering incentive and rebate offerings.

“This is part of our ongoing effort to support the U.S. Air Force in meeting its long-term energy goals across the country,” explained Abe Weiner, Hunt Alternative Energy Investments, in a statement. “Working closely with the Air Force, Hunt Military Communities, Duke Energy and our funding partners, the Shaw Solar project exemplifies how public-private partnerships are able to greatly enhance energy sustainability and resiliency.”

Duke Energy’s Solar Rebate Program helped with the costs of the Shaw project and has provided more than $50 million in rebates as an extra incentive for customers who wanted to go solar across its South Carolina footprint.

“We are proud to be the energy provider for Shaw Air Force Base and Hunt and support growing solar energy in South Carolina through our Solar Rebate Program,” said Kodwo Ghartey-Tagoe, Duke Energy’s South Carolina state president, in a statement. “The new panels will bring economic and environment benefits to the base, its families and South Carolina—which is exactly what we envisioned from Act 236 and what we want to continue in the state going forward."

Shaw Air Force Base joins one of more than a dozen military privatized housing developments throughout the nation to add solar paneling to its homes.