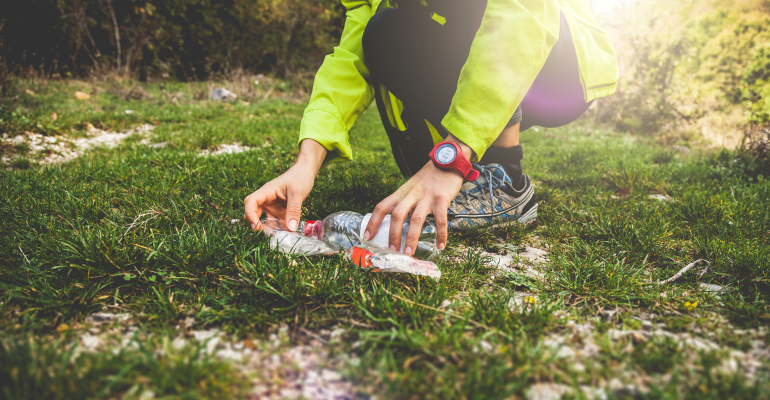 I love to hike. I often go to Rock Creek Park in the District or the Northwest Branch Trail in Silver Spring and enjoy an hour or two on the trails. In the past, I’ve always seen some litter, usually water bottles and other odds and ends. Since the pandemic began I’ve seen a surge in those bottles along with masks and gloves used to protect from the virus. Littering may be bad behavior and illegal in the parks, but that doesn’t seem to prevent it from happening.

I thought about that when I read the latest news story about another Congressional hearing on recycling. How to cure recycling is a hot topic on the Hill these days. We are told at these hearings that recycling is “broken”.  However, if we just adopt this policy or that policy or maybe this whole long list of policies, everything will be fine. After all, recycling isn’t rocket science. A tweak here, a new policy there, and the patient is cured.

They are right, recycling isn’t rocket science. Running a successful recycling program lacks the staggering complexity required to send humans to the moon and bring them home. By contrast, collecting recyclables is child’s play. It requires a truck and a crew and relatively simple technology.

Processing recyclables is definitely more complicated, but it isn’t rocket science either. Over the last decade we have seen tremendous strides in technological breakthroughs such as optical sorting, robotics and artificial intelligence. They are improving our ability to separate and sell what’s in our bins. Undoubtedly other breakthroughs are out there waiting to be discovered.

The real problem is that recycling is people science, not rocket science. Engineering people is always harder than engineering rockets. It involves the messy business of figuring out how to get 330 million Americans to recycle and to do it right.

We have some experience when it comes to behavior change and our trash. In the late 1800’s, cities across the country successfully launched garbage collection programs. They taught people to stop throwing their trash into the street or their back yard. Instead, it should be placed in garbage cans and put on the street on collection day. Americans quickly picked up this new social norm.

Recycling has proven to be a harder social norm to create. Separating materials from trash is harder than putting it all in one bag. Yes, most people say they want to recycle but our habits betray us. Maybe we are tired of all the behavior changes we are supposed to make in terms of waste and recycling. We are told to put the right materials in the right bins, to shop and cook smart to avoid food waste, to put the food waste we create in a separate bin, not to use straws, to buy less stuff, to avoid single-use plastics at all costs, to use reusable bags (oops, that one, unfortunately, is on hold in some places). Are we asking too much of people?

I’m not saying we shouldn’t enact new policies and set new goals. But let’s be smart about it this time. Let’s stop assuming that just because Congress or your state or city pass a new recycling law our behavior will automatically change.

Recycling will not grow until we create a social norm in which it is a natural and normal part of our behavior. That should be our most important goal. Yet Congress and state legislators seem to be curiously indifferent to the messiness of human behavior and far more interested in the theory of policy. Until we take human behavior seriously, all these new policies are doomed to failure.

As for me, the next time I go for a hike I might try “plogging”. Every now and then, I will clean up after my fellow hikers. I know better than to expect them to be perfect.