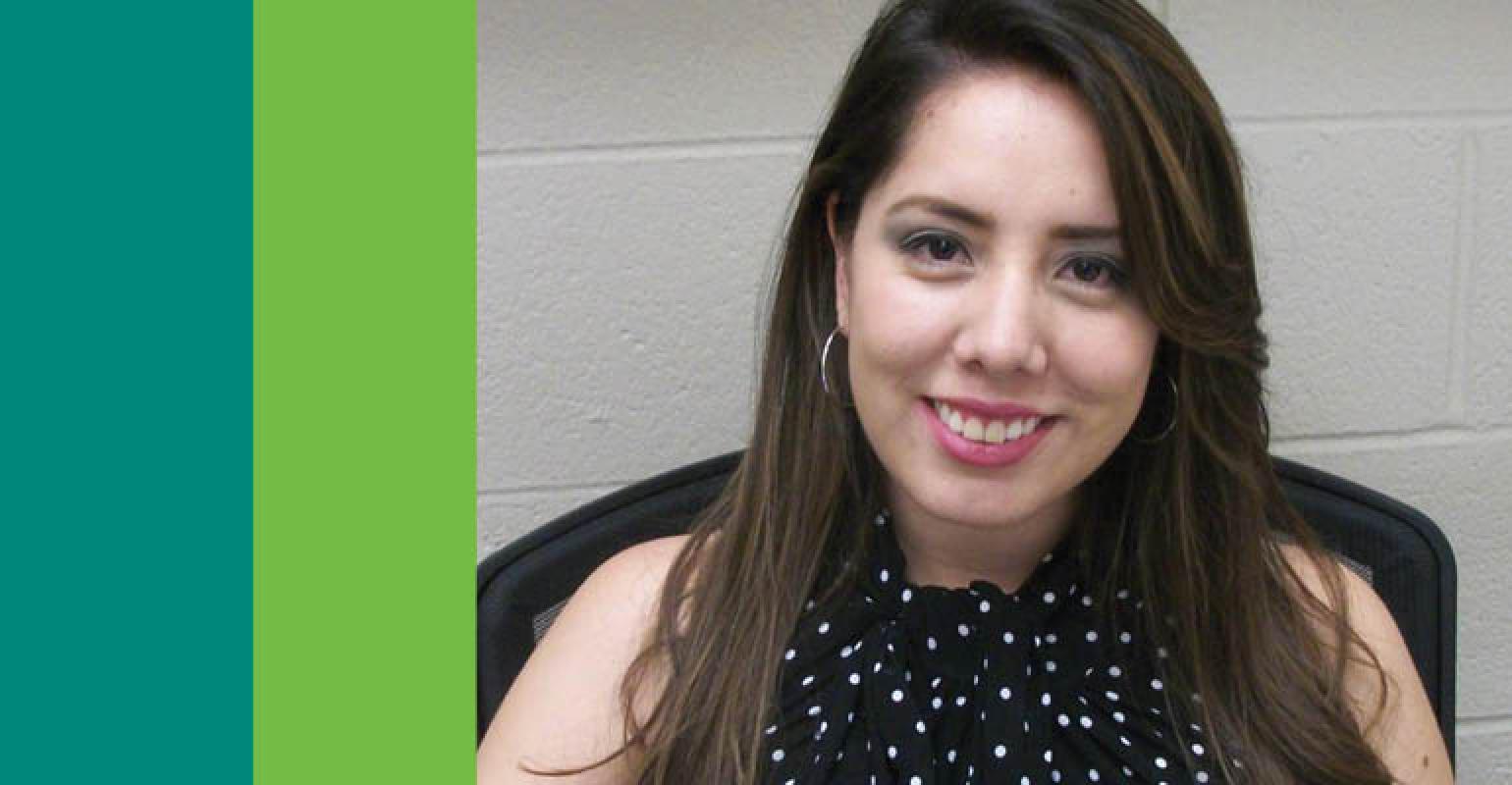 Cordero-Villalobos talks about what inspired her to launch EPCC’s recycling program, how she worked with staff to build and enhance the program and she how she has become motivated to completely rethink trash.

Mayra Cordero-Villalobos’ entrance to the waste and recycling industry began as a student at El Paso (Texas) Community College (EPCC).

Cordero-Villalobos noticed that the college had no recycling bins and pushed to start a recycling program at the school. In fact, she was so effective that she quickly became the college’s first recycling coordinator. In that role, she’s helped push the program’s expansion across five EPCC campuses.

Since starting the program eight years ago, Cordero-Villalobos says the EPCC system has recycled more than 2 million pounds of paper, cardboard, aluminum cans and plastic bottles. She also encouraged the campus communities to work towards becoming more sustainable by focusing on the six “R’s:” rethink, refuse, reduce, reuse, recycle and react.

Cordero-Villalobos was named as one of Waste360’s 40 Under 40 award recipients. In this interview, she talks about what inspired her to launch EPCC’s recycling program, how she worked with staff to build and enhance the program and she how she has become motivated to completely rethink trash.

Cordero-Villalobos recently stepped down from her position to care for a newborn son, but remains passionate about the next steps she might take in the industry.

Waste360: What experience brought you to the waste management field?

Mayra Cordero-Villalobos: I was a student at the community college, and I was invited to participate in a class called Leadership. We had to do a project for the community college. I was new in the country, and where I used to live they had recycling bins. I thought, why don’t we have any recycling bins at the college where we generate all of this paper and plastic bottles? There was no recycling program at that time.

I thought it would be so simple. You just place a recycling bin and people put in their recyclables, but it was not that simple I found out afterwards.

When you graduate from the Leadership class, you present your project to the president of the college. I had been able to get recycling bins for the project. So, I asked when we could buy more recycling bins. He said, do some more research and we will decide later. I found out that that was a nice way to get rid of me, but I continued doing the research like he asked.

After a year, I went to the other schools, I met with many recyclers. At that time, the recycling program for the city of El Paso had just started like a year before. Finally, the community college said that we were going to have a recycling program. They needed a recycling coordinator. I was still a student at EPCC and I was studying travel and tourism at the time. They asked for me to recommend someone because I was too young and had no experience.

I had created an eco-club. When we got the donation of the recycling bins, the eco-club was in charge of separating the waste. So, when they asked me to recommend someone, I recommended myself. I wrote a letter explaining that I knew that I could do the job. They hired me as the recycling coordinator in 2009, and I changed my major to environmental science.

Waste360: What were some of your responsibilities in your position?

Mayra Cordero-Villalobos: It’s funny because I actually created my own job description. I compiled different descriptions that I found online. I started from the bottom up. I did the marketing. I was the one doing the presentations to let people know what was recyclable and what was not, and why we should care. I was the one putting out the recycling bins as well. It was a one-person department. I was in charge of the recycling, and then, a few months later they gave me the trash to manage as well because they go together.

Once I graduated from UTEP [The University of Texas at El Paso], they changed my title to Environmental Specialist.

Waste360: What are some of the sustainability issues that you saw the community college start to tackle?

Mayra Cordero-Villalobos: We installed water bottle refilling stations. I started to have giveaways such as reusable tote bags to encourage people to avoid plastic bags and to bring their own tote bags. We also gave away lunch bags. They were a hit. Everybody loved the lunch bags. We also gave away reusable water bottles so that people would use them at the water stations.

Waste360: What were some of the things that helped you to make with the recycling program successful?

Mayra Cordero-Villalobos: I think the first thing is support from the janitorial staff. We’re outsourcing the janitorial contract. I saw that by letting them know that they were the key part of the recycling program I had their support completely.

I truly believe that the janitors are the first group that you have to get involved in a waste program because it doesn’t matter if the people at the office separate the waste if at night the janitor comes and just mixes it up. It’s going to be the same.

Waste360: How did you get the janitorial staff on board?

Mayra Cordero-Villalobos: Before I set out the recycling bin I had a meeting with all of the janitorial staff from all of the campuses. I explained to them what was going to happen. I took some food. I think food can perform wonderful miracles. I told them, “You’re the eyes of the recycling program. I need your help. I need you to tell me what’s working; what’s not working.” Every few months we would meet again. They would make suggestions and I would really consider their suggestions.

Waste360: Is there anything that has surprised you about working in this industry?

Mayra Cordero-Villalobos: Everything has surprised me. Everything was new for me. When I got into it, I thought that it would be so simple. I thought that it would be just like you place a trash can and a recycling bin and the trash goes into the trash and the recycling goes into the recycling bin. No, it’s so much more than that, and you can always do an extra step.

[Cordero-Villalobos recently left EPCC to focus on caring for her newborn son]. I sent a last email to the staff before I left and I shared with them the six “R’s.” The first one is “rethink.” I think that’s the main issue with trash. We think that trash goes away and it doesn’t. I’ve been learning those six “R’s” through these years. I told them that I still believe in recycling but that we should apply the other “R’s” before we get to that one.

You’re always learning something new in this field. There’s always room for improvement.

Mayra Cordero-Villalobos: It’s a new chapter. I think that even if I’m not officially working in the field right now, I think all of us are in that field. All of us produce trash. It’s not my job, it’s my way of living now. Looking at how I can create a smaller impact; I think that’s my next thing.