Can Graphene from Waste Be a Breakthrough for Some Manufacturers? 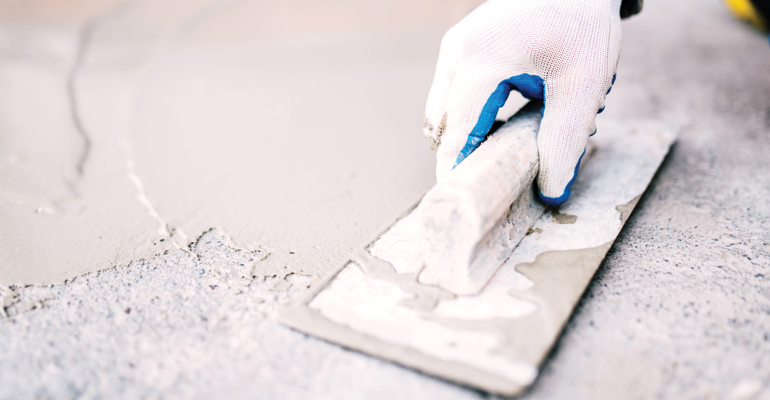 Toronto-based Universal Matter has discovered a way to make large quantities of graphene from waste cheaply and aspires to sell product born of this innovation to cement and concrete companies.

Among its benefits, graphene can enhance the properties of asphalt, concrete and plastics and is especially recognized for its ability to strengthen these materials. But producing it has been expensive, time and energy intensive.

John van Leeuwen, CEO of Universal Matter, explains the barriers and how he is getting around them.

“Traditionally other companies make graphene by working with graphite, which is thousands of layers of graphene stuck together. They peel the layers of graphene off graphite. Not only is it expensive, but you don’t typically get a good quality material,” he says.

By contrast, he says he can make the product from other sources – namely carbon from waste –including plastic waste, organics and tires. And he can do it more easily with less potential environmental harm. He puts the carbon feedstock between two electrodes and blasts it with electricity, which heats the material instantly to very high temperatures and breaks all chemical bonds. The carbon portion reconstructs to graphene.

“The beauty of the method is that you can work with wastes with a lot of carbon that can be converted inexpensively to graphene," says van Leeuwen. "There are no chemicals so it’s cleaner; it’s not energy intensive and it’s a faster process."

He is working to commercialize this breakthrough technology, which was developed at Rice University in Houston, Texas, and says his bulk process has proven out as a conceivable way not only to make a lot of this material and cheaper than alternatives, but it’s shown to have more strengthening ability.  Early research shows that putting .05 percent graphene by weight in cement or concrete increases concrete’s compressive strength by 35 percent.

Graphene is a 2-D material, meaning it’s a single-layer sheet of carbon, and all the carbon atoms are linked together. This structure is what gives it its strength, says van Leeuwen, who is aiming to sell it for this attribute to asphalt and concrete manufacturers. That’s where he sees the most business opportunity due to the wide use of their products.

He’s eyeing a market beyond concrete, cement and asphalt: polyurethane foam, which is used in products like mattresses and car seats. Adding 0.25 precent of graphene to foam in car seats makes them lighter by 15 percent, and improves thermal compressive strength, according to early research.

“Universal Matter’s product can make graphene of the highest quality not yet seen before, based on the research from Rice University,” says Martin Vroegh, a consultant in clean technology and innovation spaces. Vroegh, with 23 years of experience in the cement industry, most recently as director of Environmental Affairs for St Marys Cement, is coordinating testing for van Leeuwen and helping him market the technology to the cement and concrete industries.

“Concrete is the most consumed substance next to water, and it’s energy intensive to make - about 40 percent of the cost to make cement is energy,” he says.

Considering the volumes produced—concrete is used more than twice as much as all other building materials—small improvements in performance come with huge benefits.

“Cement is responsible for 5 percent of greenhouse gases worldwide, so if you can improve its performance while using less to make concrete you are taking a large chunk out of one of the largest greenhouse gas contributors worldwide,” says Vroegh.

Technologies like Universal Matter’s also make sense from a business perspective, he attests. A cement plant costs hundreds of millions of dollars to build and can take a decade to permit.

“So, if you improve strength, and use less, it’s a way to increase market share," he says. "You manufacture higher performance cement and can sell the same amount to more customers.  Otherwise, you would have to build more cement manufacturing capacity."

Van Leeuwen is working to further scale the process to make larger quantities.

“We need to solve some engineering and science problems, but the goal is to get to one metric ton per day of graphene in a year and a half.  Now we are at grams per day,” he says.

His company is doing material testing and engaging with engineers to build the equipment. And a big piece of what’s left to finetune is getting carbon in the right form.

There are many different feedstocks: coal, plastic, organics, etc. Each has a unique form he has to understand to be able to convert it into solid pellets that can be flashed or electrified.  Plastics, for instance, have chemical elements other than carbon that must be removed.

Van Leeuwen can’t name potential clients yet, but says he is working with partners to include cement and concrete companies and an automotive company that are testing the product.

“They have product specs that we have to meet. So, you go through trial and error testing. The idea is for them to be able to reduce the material they need. With just a tiny amount of graphene in cement and concrete, they should be able to use up to 30 percent less concrete,” he says.

“The cement industry is familiar with the art of turning waste into high-value products, as they have long worked to improve resource management, including by using waste as an energy source," he says. "Turning potential wastes into high-value graphene is another thing the industry is keen to be able to do.”