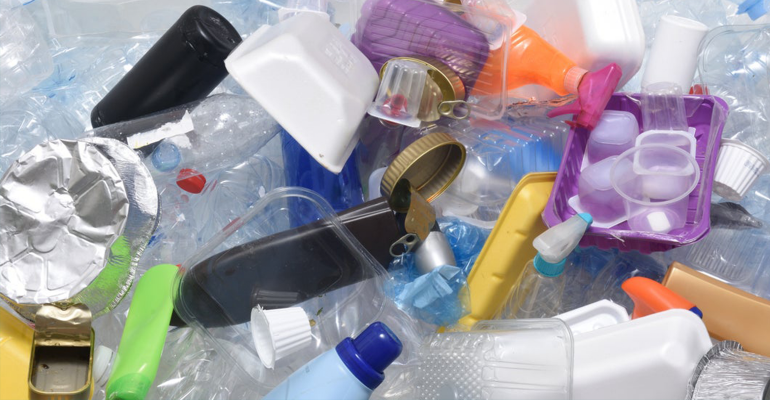 Everyone hates plastic, or so it seems. Several months ago, Frontline, PBS’s investigative news program, added to the fire when it ran Plastic Wars. NPR followed up several months later with an abbreviated version of that show. Both depict plastic recycling as a con, a cynical attempt by the oil industry to convince the public that plastic products can be recycled when, in fact, they can’t.

The show is an indictment of the plastic industry, and, by extension, plastic recycling. It also has inaccuracies, is misleading and makes virtually no attempt to acknowledge America’s plastic recycling industry.

I suppose this should be no surprise. Investigative reporters, by nature, seek out the bad. St. Peter might not be able to survive a Frontlines investigation.

But let’s give the show some credit. The reporter spends six seconds (in a 54-minute broadcast) acknowledging that “some plastics like soda bottles and milk jugs are easy to recycle”. She also visits a successful New Jersey facility that processes plastics for recycling but then jumps to an investigation of fraudulent plastics recycling in Indonesia. Her photos of plastics shipped from America for recycling that are instead abandoned in a dump are depressing.

As an example of our failure to recycle plastic packages, the reporter visits the produce section of a Portland, Oregon, grocery store. She is accompanied by one of that state’s recycling experts. He looks at a lettuce container and declares it cannot be recycled in Oregon, neither can a blueberry container. Both are in PET clamshells which are commonly used for fruit and vegetables. He then states that if they can’t be recycled in Oregon, they are not likely to be recycled anywhere else in America.

Part of the problem with our anti-plastic fervor, is that we tend to conflate plastic packaging with all plastic products. This is an understandable error. According to EPA’s just-released 2018 waste and recycling data, packaging is 41 percent of plastic products generated. The bulk of plastics are durable products such as the plastics used in furniture and computers along with the much smaller amount of “non-durables” such as single use food utensils. Plastic Wars lived up to this conflation by focusing on plastic packaging.

The latest salvo in the plastic wars was fired off by USPIRG, which issued a press release demanding that plastic packaging be eliminated.  Unfortunately, they didn’t say what material should replace plastic.

Remember that plastic blueberry clamshell in the Oregon grocery store? I happen to love blueberries. They are a tasty and healthy food. Yet what could replace the plastic clamshell? Glass bottles and metal cans are expensive and impractical.  Paper and plastic bags lack the rigidity need to protect blueberries. That leaves molded pulp paper cartons and the PET clamshells. You can find the molded pulp cartons at farmers markets, but they are impractical for mass distribution. They also have minimal recycling value. Perhaps USPIRG can come up with a viable substitute for the PET clamshell so I can continue to enjoy blueberries.

Don’t get me wrong. I am making no excuses for the plastics industry’s failures in recycling. But it’s not too late for it to get its act together and put serious effort behind plastic recycling. It can do many substantial things to improve plastic recycling. For a start, they should support a national deposit on beverage containers so that soft drink and water companies could easily meet their recycled content goals. They should fund better sorting equipment at MRFs that will separate plastics from other materials and different resins from each other. They should fund research into the psychology of recycling and what it will take to get apartment dwellers and others to recycle.

One problem highlighted in Plastic Wars is particularly pertinent. The resin identification code found on most plastic packages includes recycling’s chasing arrows symbol. Putting the recycling symbol on plastic packages is misleading because it implies the package is recyclable whether or not a local recycling program exists. California recently passed legislation that replaces the chasing arrows with a triangle (see Section 2, AB 1583). It should be relatively easy for the plastic industry to mobilize its lobbyists and change the code in the other 38 states that require the use of that code.

Increasing plastic recycling won’t be easy. Even Europe is struggling to do that.  The European Court of Auditors is an independent agency that assesses how EU funds are being spent and if the funding objectives will be met. A recently issued report warns “there is a significant risk the EU will not meet its plastic recycling targets for 2025 and 2030”. In addition, the ECA warns that a more rigorous methodology for assessing the plastic recycling rate will cause it to fall from 42 percent to 30 percent.