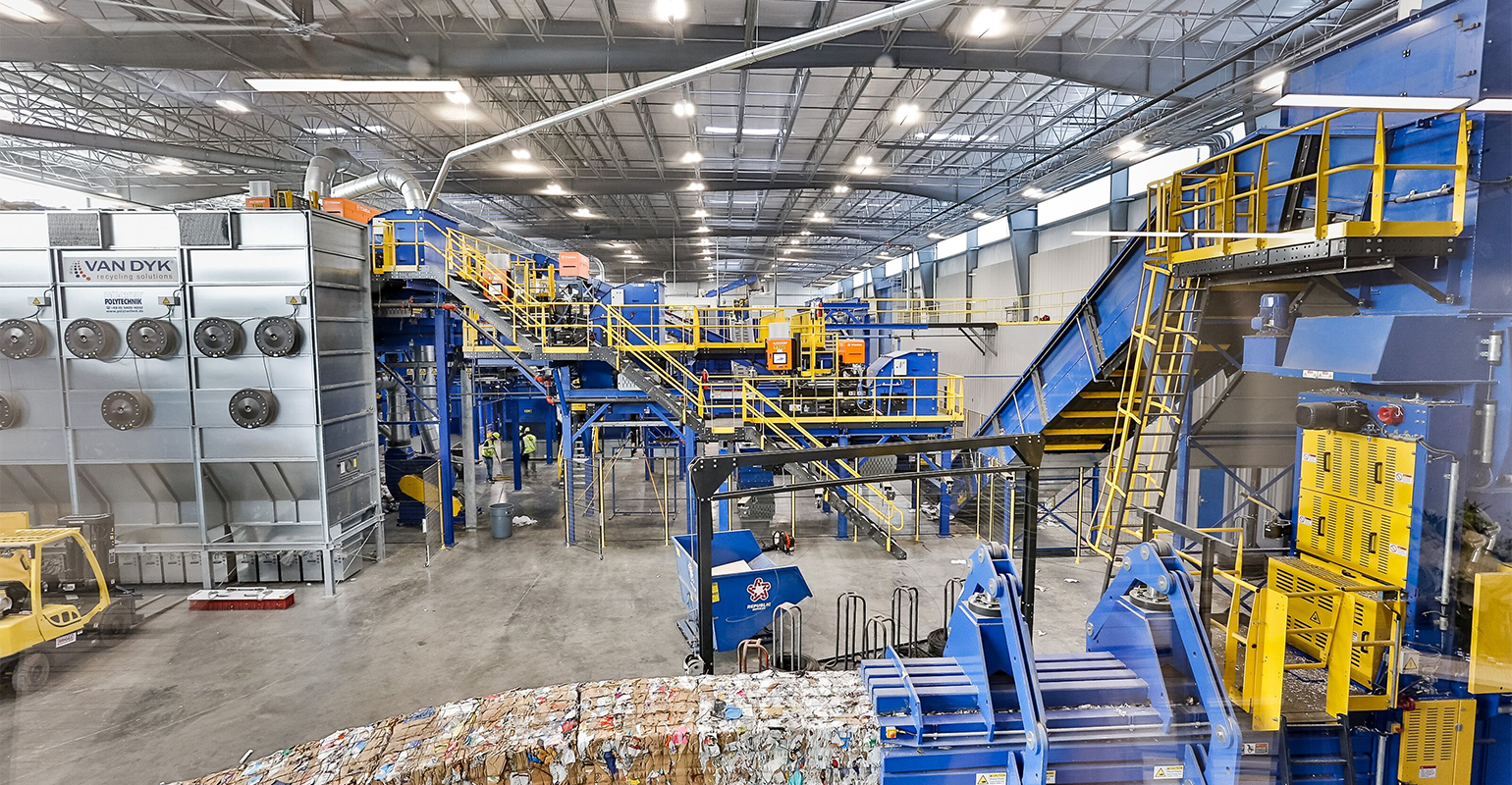 Republic Services is tackling the crisis of overly contaminated waste streams in today’s materials recovery facilities. With current residential contamination levels reaching as high as 30 percent or more, “it is critical that processors send a clear message to the community about what is accepted in the recycling program, while also employing the most advanced, flexible technology on the market to separate this evolving stream,” said the company in a statement.

Republic’s Plano, Texas, recycling facility, which opened in April 2019 and serves more than 510,000 residents and 2,500 commercial customers throughout the Dallas-Fort Worth metro area, has put community education at the forefront. A 5,000-square-foot Learning Center features interactive games aimed to educate the public on what materials are properly recyclable, as well as an observation deck overlooking the 77,000-square-foot recycling facility itself. A video campaign called “Recycling Simplified” breaks down recycling into simple steps with tips, such as common items that do or don’t belong in the bin and to never bag items in plastic film.

Phenomena like “wishcycling” (a misguided hope that the recycling facility will know what to do with questionable items) are discouraged with the simple phrase, “When in doubt, throw it out.” An industry webinar from last year addressed the destructive impact of consumer behaviors that arise when the public is not provided with a clear and united message. Republic Plano works to solve part of the problem that begins with community guidance. 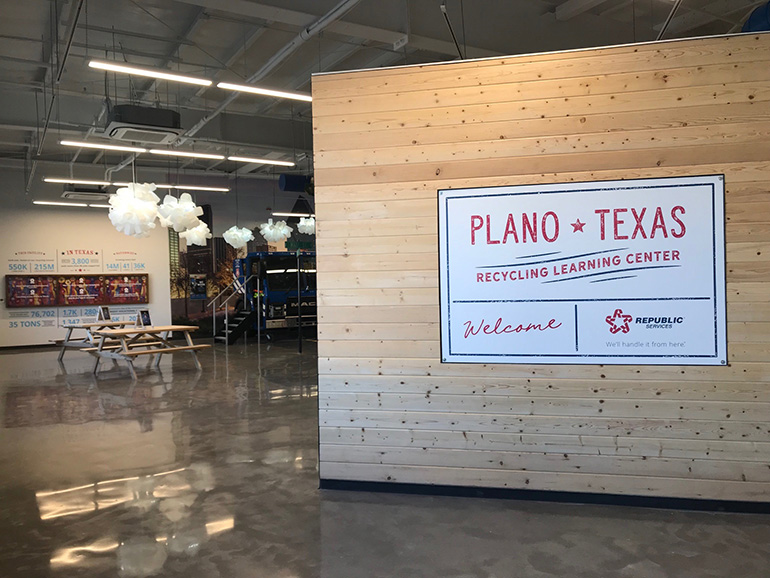 When it comes to dealing with the material the plant does receive, Republic takes a unique approach with the technology on its sorting line. Equipment that makes intelligent sorting decisions with high degree of flexibility prepares the facility for the future.

To achieve high recovery of all mix paper that is clean and sellable with minimal quality control (QC) sorting, Republic uses equipment supplied by Van Dyk Recycling Solutions, along with the supplier’s “Positive Sorting” method. The method uses a combination of non-wrapping screens and optical sorters to intelligently separate and improve the quality of the fiber recovered from the stream. Optical units shoot positively on paper at the front end by identifying its material characteristics and positively separating it from the stream. Traditional methods of removing contaminants from paper based on size, shape and density create too much collateral damage for today’s high purity standards. With a higher-purity fiber stream headed to quality control, the plant will need fewer manual sorters to remove non-fibrous materials.

To prepare the material for positive sorting (optical units perform best when the material is properly pre-sorted and evenly spread on the belt), a non-wrapping old newspaper screen separates paper from containers.

“Traditional inclining screens meant to do the same job are notorious for getting so clogged with plastic films and other contaminants that everything goes up and over the screen and separation ceases to occur,” according to Van Dyk. “Severely clogged screens are known to take well over an hour to clean after each shift. Stars take a beating and need to be replaced frequently.”

Van Dyk stated that its non-wrapping screen has a larger shaft with specially shaped and spaced stars. Because of this design, it incurs virtually no film wrapping and continues to separate materials at peak ability for an entire shift at full capacity. And because the screen has larger and fewer stars, the need for replacement parts is significantly reduced.

“This non-wrapping screen to optical setup gives Republic’s facility an unprecedented degree of flexibility,” added Van Dyk. “With the ever-evolving ton, many facilities are constantly facing changes in their stream’s composition, which brings new challenges. Traditional screening approaches struggle to adapt to a changing stream and will continue to produce degrading fiber quality and require high maintenance costs. But having multiple sensor optical sorting units on primary separation prepares a plant for the future. The optical units can be reprogrammed on the spot to recognize and recover a different commodity, should the incoming stream undergo drastic changes. There are also four separate fiber storage bunkers to make OCC [old corrugated containers] and three different grades of mix paper that can be baled separately or blended.”

The design incorporates a mono-platform and second-level system access, which allows sorting personnel to safely access all QC lines on a central platform, without walking on the operating floor. The system also features an elliptical screen for film removal, another series of optical sorters to separate plastics, a systemwide dust collection network and a glass cleanup system to recover more than 95 percent of clean glass via a specialized vibratory screen and density separator. In addition, a Bollegraaf HBC-120S baler is intended for baling fiber and OCC but is capable of baling all commodities for full baler redundancy.