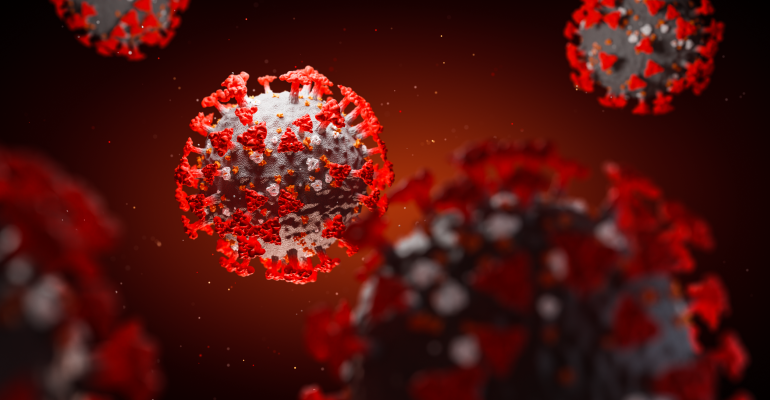 1. What happened in Wuhan during COVID-19 outbreak?

In January 2020, many people in Wuhan had symptoms such as fever, fatigue and cough but only some went to the hospital. However, before January 20, nobody knew anything about COVID-19. As the number of patients increased sharply after January 20, hospitalization shortage became quite serious and many patients had to go back home to recover by themselves. It was a difficult situation. Meanwhile, there was no credible data confirming the number of people that were infected or who had died due to COVID-19 in January because there was no extensive testing at that moment.

From Jan 23 to Feb, Wuhan government had officially declared the lockdown of the city, but people could still walk around in the city and meet with others as usual. There were no mandatory policies that restricted people to stay home or keep social distancing. As a result, the infection continued to expand, and the quantity of infected cases still grew rapidly. Meanwhile the medical waste growth far exceeded the capability of existing treatment/disposal plants. Large quantity of medical waste piled up in hospitals and could not be disposed in a timely manner.

From February 11 to March 18, Some Wuhan government officials had been replaced because of their inability to do the job. The new top management officials of Wuhan government implemented very strictcommunity isolation policies and extensive testing protocols for all people who had fever and cough or had any contact with someone confirmed with Covid-19. Additionally, within one or two week there were tens of thousands of medical personnel headed to Wuhan from other provinces following the government’s call. Many people came to Wuhan to build temporary hospitals and necessary facilities including medical waste treatment plants. The confirmed cases increased significantly after the extensive testing and then graduallydropped after the community isolation policies were strictly executed. The peak of medical waste generation occurred in late February and early March. At that time, one new temp medical waste plant with 30-ton daily treatment capacity was put into operation, so that medical waste could be treated and disposed timely.

On the 8th of April Wuhan government ended the lockdown but the community isolation policy was still strictly implemented.  Residents could go out only to buy necessary items.  Most companies gradually returned to full operation. The city was reopening very cautiously. The new generated medical waste dropped steadily to a normal rate. The large piles of medical waste were safely disposed in April.

2. What is the real number of total patients during COVID-19 outbreak in Wuhan?

It is difficult to get an accurate data of confirmed cases and deaths prior to the extensive testing. Nobody knows the exact number of cases before February. However, we did our research to come up with as accurate as possible data. We contacted more than ten local companies for statistical analysis. Four of the selected companies provide public services in Wuhan city, with around 5,500 employees working in branches throughout the city, and 5100 retirees living in various communities of the city. They work in hospitals, waste plants and communities where they had high risks of infection. The data could be higher than only ordinarily residents. From a statistical point of view, the data of those four companies could be good to extrapolate data which is very close to reality of Wuhan city. This data, together with the medical waste data from Gient, which built a facility to treat around 25% of total medical waste in Wuhan city during the pandemic outbreak, is stated as below:

The data is provided by Wuhan government in November 2019

IV. The data of Wuhan published by China government:

The second question – What is the total No. of patients in hospital during COVID-19 outbreak in Wuhan?

It’s estimated from the official data and the medical waste data that Gient got in Wuhan that the total number of beds in hospitals and clinics were around 90,000, including 54,000 beds in large hospitals, 14,000 used for COVID-19 patients only, and 20,000 in temporary hospitals. All small clinics and health-care centers had been closed. Considering that the hospital had other inpatients, the number of total patient visits returned to normal. People staying in quarantine areas for medical observation were not included because it’s difficult to get the correct number, but household waste from these quarantine areas was collected and properly disposed as medical waste.

3. How much medical waste was generated during the pandemic outbreak?  How did the local government handle it?

It’s also a very difficult question. Some reference data collected from both Wuhan medical waste emergency treatment plant and official sources such as Wuhan Environment Department is listed below:

Remarks: the normal average density of medical waste in China was 120 kg/m3. It was decreased because that PPE (personal protective equipment) consumption had increased a lot. This change resulted in significant reduction of disposal capacity of the facilities by weight.

As we have mentioned above, inadequate disposal and storage capacity of existing facilities in Wuhan was the key reason leading to large quantities of piled medical waste in hospitals and clinics. In fact, China (and most developing countries) have a very weak infrastructure for medical waste treatment. The total disposal capacity of Bondtech autoclaves in New York State and surrounding areas reaches a daily processing capacity that exceeds 500 tons/day, which is 10 times higher than that of Wuhan City, while the population of New York State only doubles that of Wuhan. This capacity does not include treatment facilities in New York with equipment manufactured by other companies. Therefore, the medical waste in Wuhan piled up after theoutbreak while New York State was able to handle it properly. Obviously, if the medical waste during the pandemic was not treated promptly and effectively, the consequences would have been catastrophic.

Pic: Bondtech big autoclaves for medical waste treatment in US. 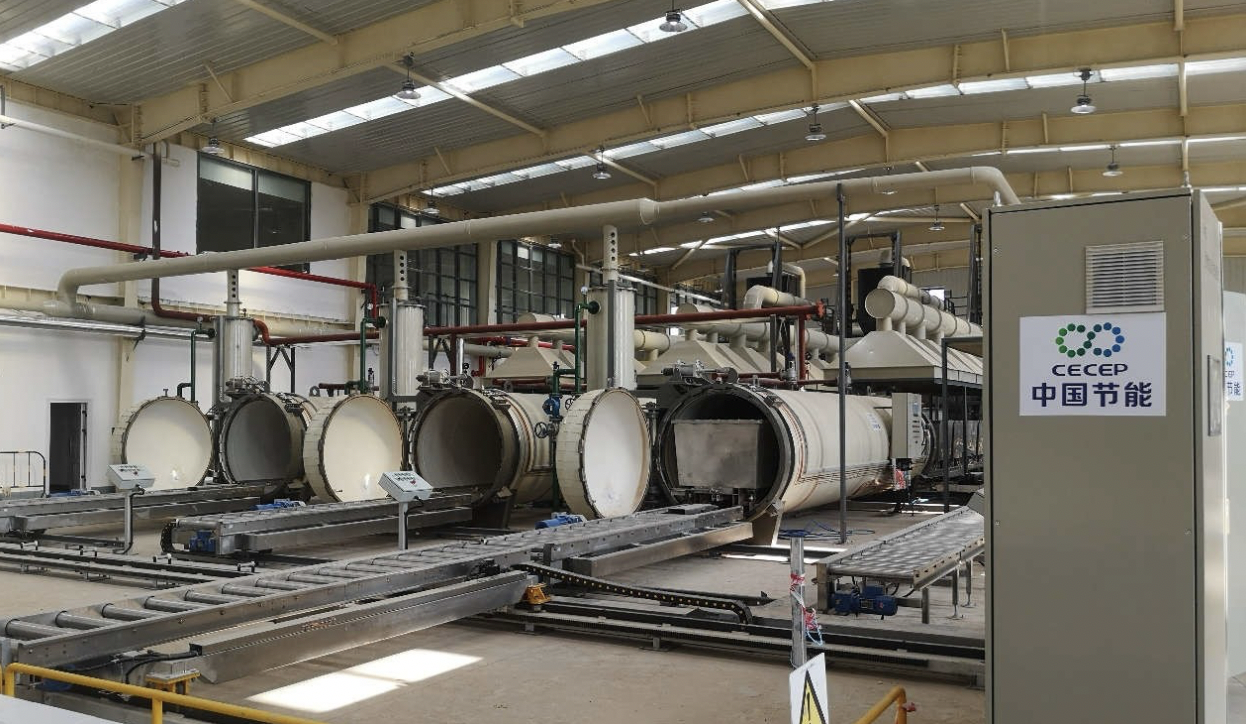 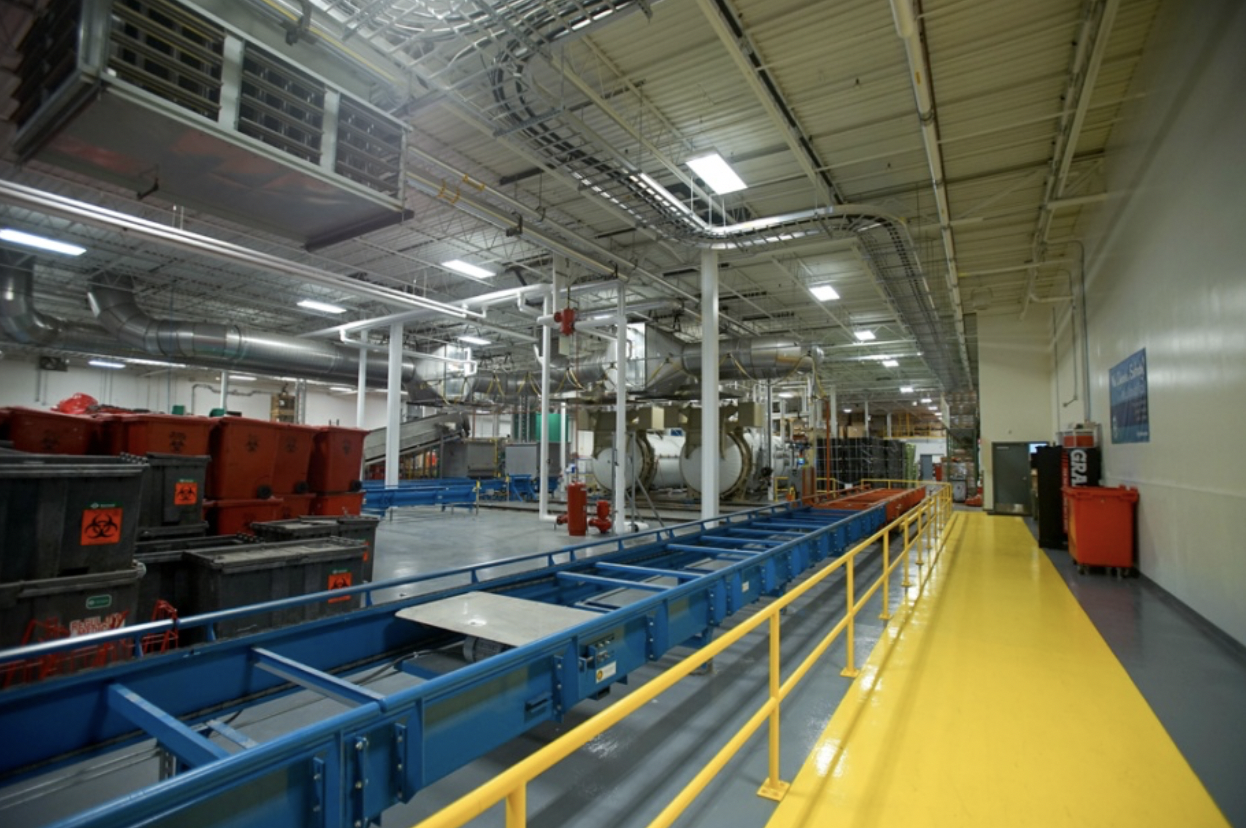 IV. Large capacity mobile facilities as strategic backup for a nation or a state will be highly useful and important for developing countries who do not have adequate medical waste disposal facilities. Obviously,the mobile facility is a high cost performance solution for countries or regions that have adequate capability of managing medical waste during an pandemic. It could be a part of a national strategic backup capacity in these counties and regions in the future. Not every country or city can have as many medical waste disposal facilities and enough capacity as New York.

V. We do not need to be afraid of COVID-19 virus. It is a normal virus for us if we properly protect ourselves. In fact, there are no further infected cases of doctors and nurses as well as other laborers working for medical waste disposal in Wuhan since March. We just need to use PPE well and pay attention to self-protection. The government needs to make a sound and firm voice. The media needs to bear responsibility to disseminate correct information to the public.  That is enough.

Thanks to my partner Ms. Elsa Brown, President of Bondtech Corporation in USA, for sharing with me relevant information on the treatment of medical waste in New York State during the COVID-19 pandemic and her valuable advices and revision to this article.