Right to Repair Resurges with Support from Presidential Candidates 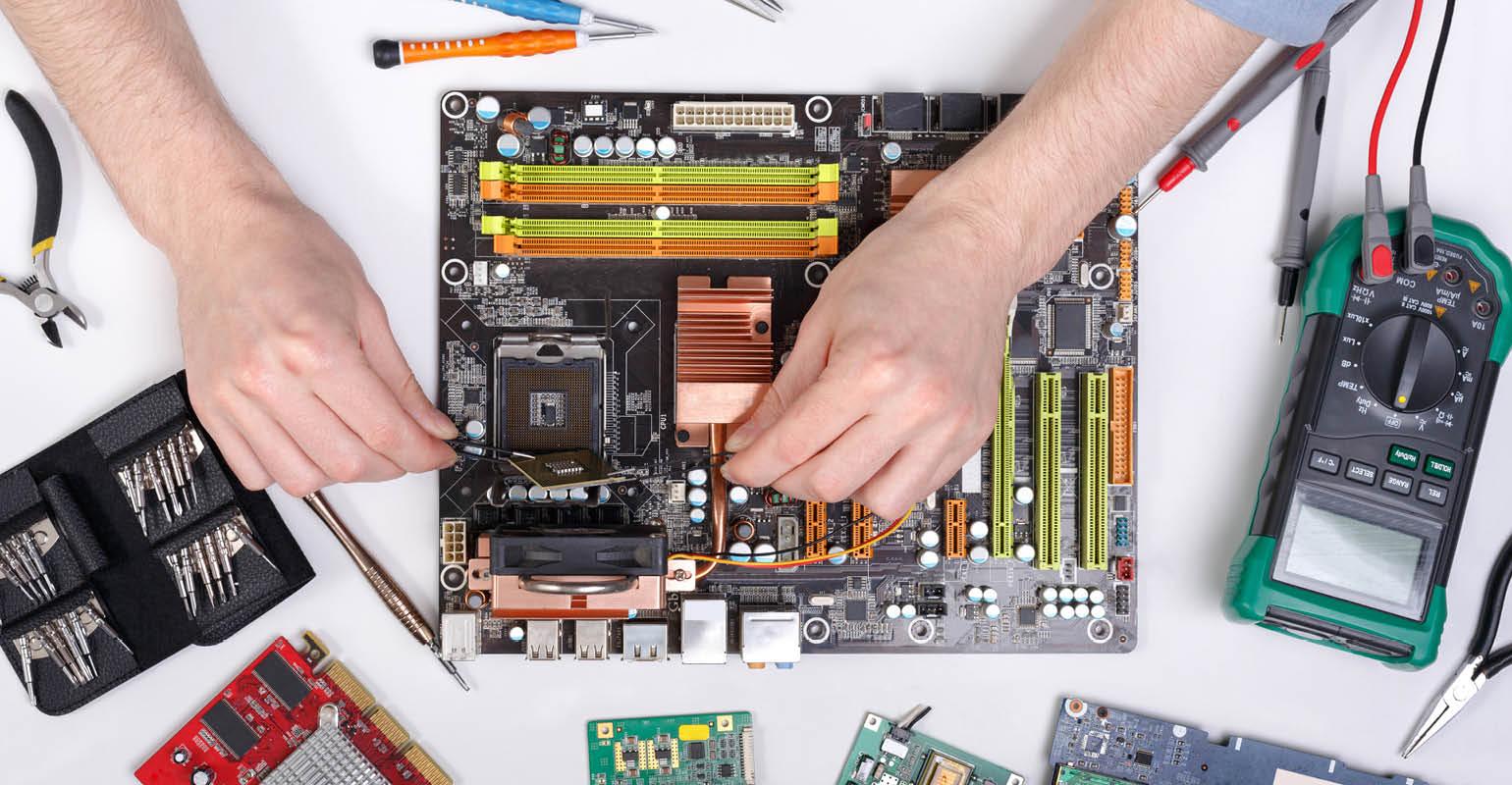 The movement aims to make it easier and less expensive for consumers and independent shops to repair products, making devices last longer and reducing e-waste.

Right to Repair is a growing movement in support of laws that would enable people to fix the things they own. The phrase first appeared in 2012, when the state of Massachusetts passed the Motor Vehicle Owners' Right to Repair Act. It required automobile manufacturers to provide the documents and information needed to repair their vehicles to the public.

While not passed at the federal level, the major automobile trade organizations signed a memorandum to agree to abide by Massachusetts’ law in all 50 states in 2018.

“It is a common expectation that when a consumer or entity buys a product and pays for it in full, they own it,” says Todd Bone, president of XS International Inc. “Therefore, they should be able to repair it, tinker with it or resell it. Right to Repair is an effort to protect those rights.”

XS International is an information technology (IT) maintenance services provider based in Alpharetta, Ga.

The current battle over Right to Repair is modeled on the same battle fought in 2012 over automobiles, according to Kay-Kay Clapp, director of communications for iFixit based in San Luis Obispo, Calif. Advocates are pushing for legislation that would require electronics manufacturers to make spare parts, tools and repair information available to consumers and independent repair technicians.

“The goal is to make it easier and less expensive for consumers and independent repair shops to repair these products, making devices last longer and reducing e-waste,” says Clapp.

iFixit is a wiki-based site and founding member of Repair.org that teaches people how to fix almost anything. Anyone can create or edit a repair manual for a device.

There has been an increase in support of the Right to Repair movement in the past few years.

“[This is] a good indicator that consumers want to fix their products instead of disposing them and buying new ones,” says Clapp. “The diversity of those championing the movement has been fascinating. In 2018, we garnered support from some unlikely suspects: farmers, mechanics and mainstream media moguls. This year, two presidential candidates—Elizabeth Warren and Bernie Sanders—have put it on their political agenda, and this could not have happened without widespread consumer support.”

To date, Right to Repair legislation only has been introduced at the state level. Every state has a different enforcement mechanism, which has resulted in some variation in proposed Right to Repair bills. Earlier this year, Sen. Warren stated her intent to introduce legislation to affirm the right to repair farm equipment, potentially expanding this to other electronic devices.

“I see Right to Repair as a consumer protection issue. It should have wide support across party lines,” says Bone, who also is one of the founders and current board members of Repair.org. “The opposition to it is massive brand manufacturers who have deep pockets and aggressive lobbying.”

Clapp says she’s thrilled to see Right to Repair make it onto the agenda of multiple presidential candidates.

“In Warren’s argument, she explicitly calls out the need for farmers to repair their own equipment. Farmers have really helped push the Right to Repair movement into the mainstream because when their tractors break, they’re forced to wait for an authorized repair agent to come fix their equipment,” she says. “Waiting a couple of days can cost a farmer thousands of dollars and that’s simply not acceptable. … Moreover, the policy she’s proposing is on the national level—we’ve only seen state level Right to Repair bills proposed before.”

Sen. Warren discusses her support of national right-to-repair policy, for example with farm equipment, with @chrislhayes.

“So right to repair just basically says ‘hey guys’ you got to make the information and the parts available."

Both Bone and Clapp agree that electronic waste is one of the fastest growing waste streams in the U.S.

“I’d say that electronic waste would be cut in half if Right to Repair legislation is enacted,” says Bone. “[Right to Repair] should cover everything, but the biggest obstacles are electronic repair as these manufacturers use complicated subjects as firmware, updates, copyright and cybersecurity as intellectual obstacles for policymakers.”

Clapp argues that repair and reuse are the best ways to keep electronic hardware out of landfills.

“When stuff is repaired, it conserves all of the energy and materials it used during the manufacturing process,” she says. “The easier it is to fix something, the more people will do it. That’s a big motivator for us. We work hard to be able to provide repair information and parts at scale.”

In addition to providing repair parts, tools and guides, Right to Repair aims to arm consumers with the knowledge they need to buy repairable devices.

“To help consumers buy repairable hardware, we analyze the top-selling laptops, tablets and smartphones and assign them a repairability score from 0 to 10 (10 being the most repairable),” says Clapp. “Buying more repairable hardware in the first place guarantees that your device will last longer and stay out of the landfill longer.”

Bone says more support from manufacturers and legislators is needed to push the movement.

“This issue is not complicated. If you own it, you should have a right to repair it,” he says. “Manufacturers are only worried about their bottom lines no matter what they say since the executive's job for these public companies is to increase sales and profit to increase stock price. Legislators take donations from these corporations and try to attract them to their states. Legislators need to do the right thing for their constituents/consumers and pass legislation.”