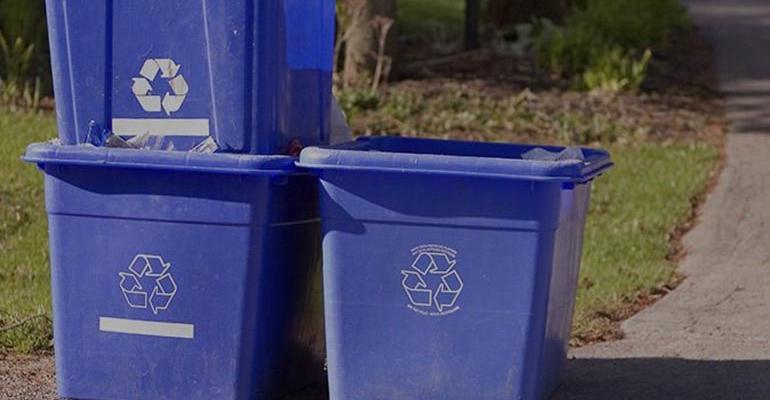 Ontario is outlining the next steps and timelines to transitioning the Blue Box Program to producer responsibility starting in 2023.

The province of Ontario, Canada, announced it is adopting extended producer responsibility (EPR) legislation to shift operating costs for its Blue Box Program from municipal taxpayers to the producers of products and packaging collected through the program.

Jeff Yurek, minister of the environment, conservation and parks, and Steve Clark, minister of municipal affairs and housing, recently announced at Canada Fibers the next steps to transition the costs of the Blue Box Program away from municipal taxpayers and make the producers of products and packaging fully responsible.

"Transitioning the Blue Box Program to full producer responsibility will promote innovation and increase Ontario's recycling rates while saving taxpayers money," said Yurek in a statement. "This shift is a big step toward diverting waste, addressing plastic pollution and creating a new recycling economy that everyone can be proud of in Ontario."

Ontario is moving forward immediately by issuing direction to Stewardship Ontario outlining the next steps and timelines to transitioning the program to producer responsibility starting in 2023.

Based on recommendations from Special Advisor David Lindsay's report on “Recycling and Plastic Waste,” the Blue Box Program will transition to producer responsibility in phases over a three-year period. This approach will provide time to consult with the public, stakeholders and indigenous communities, while providing certainty for municipalities and adequate time for producers to engage service providers. The first group of municipalities or First Nations will transfer responsibility of their programs to producers starting January 1, 2023. By December 31, 2025, producers will be fully responsible for providing blue box services provincewide.

Starting this fall, Ontario will begin early engagement with a broad range of stakeholders, including the municipal and industry stakeholder working group that took part in Lindsay's previous mediation sessions, to continue thorough consultations and facilitate the Blue Box Program's transition to producer responsibility.