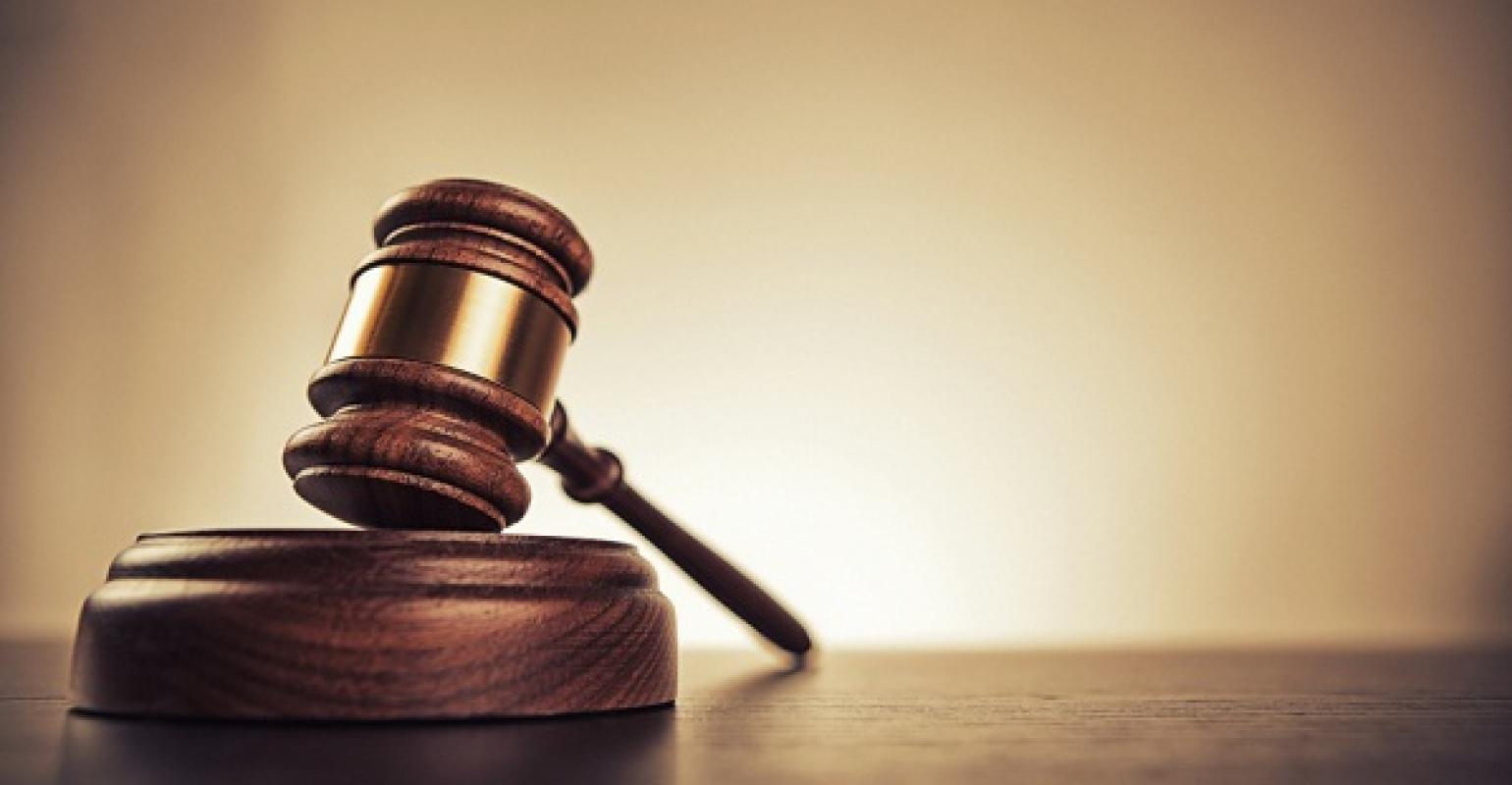 After a trial and then appeal regarding 236,000 tons of unprocessed waste, the case is headed back to district court for follow-up proceedings.

As Mick Jagger and Keith Richards reminded us, “You can’t always get what you want.” Could they have been referring to love, politics or drugs? Maybe. It’s a sure bet they didn’t have garbage in mind. Nonetheless, the lyric can or should be a waste industry canon.

Decades ago, Minnesota lawmakers opted for resource recovery over landfilling as a solution for garbage generated in the Twin Cities metropolitan area. As a result, the state began restricting the disposal of metropolitan area garbage in landfills.

BFI Waste Systems of North America (BFI), a unit of Republic Services, owns and operates one of the four major landfills serving the area. Initially, the landfills could not accept mixed municipal solid waste for disposal unless the waste had been transferred from a resource recovery facility. In 1989, the legislature expanded the responsibility to any and all "persons" who disposed of waste. Either way made no difference because for many years, the restrictions went unenforced.

Hoping the situation would improve, lawmakers in 2005 gave the state pollution control agency (MPCA) oversight authority, which included long-range waste management planning for the metro region. Six years later, the agency published a plan with a standard for determining when waste is "unprocessible” and thus eligible for landfill disposal: when the “reasonably available capacity within the [metropolitan area] processing system is fully utilized.”

By 2012, landfilling of metro area waste was all but outlawed unless a county or resource recovery facility had certified the waste as unprocessible. Knowing that landfills and resource recovery facilities were nonetheless ignoring the disposal restriction, MPCA added language to the landfill permits, forbidding acceptance of unprocessible waste. But even then, the framework remained unenforced.

As if to say enough is enough, MPCA in March 2017 issued an administrative penalty order (APO) to BFI. The APO alleged that in 2016, BFI handled 236,000 tons of unprocessed waste at its Pine Bend Landfill in a period when resource recovery facilities serving the metropolitan area processed a combined total of 96,000 tons less than their total capacity. Meantime, according to the APO, the counties had certified only 830 tons of waste as unprocessible. From this information and without identifying any specific loads or tonnage, MPCA concluded that BFI had violated the law and its landfill permit by accepting unprocessed, uncertified waste. Labeling the violation “serious,” the agency assessed BFI the maximum penalty allowed by law: $20,000.

BFI promptly challenged the APO in Dakota County District Court. Both sides moved for summary judgment—that is, a ruling based entirely on the legal merits of the case and supposedly with key facts not in dispute. The court ruled in favor of BFI for two reasons: first, that MPCA exceeded its authority by issuing an APO based on BFI’s violation of its permit and state law; second, that the agency failed to show substantive reasons for the $20,000 penalty.

On appeal by MPCA, a three-judge panel examined whether the district court correctly decided the legal issues and whether summary judgment in favor of BFI was appropriate. Its conclusion: on both counts, the trial judge got it wrong. The case is headed back to the district court for follow-up proceedings.

Under Minnesota law and likewise in many other jurisdictions, an administrative agency’s authority may be either expressly stated in legislation or implied from the expressed wording. Here, the question of statutory authority had two parts: (1) Did state law empower MPCA to issue an APO for a violation of the landfilling limitation law and the permit? And (2) did BFI qualify as a “person" who "dispose[d] of "uncertified, unprocessed waste?”

As the appellate panel saw it, the state waste management laws permit APOs as an enforcement tool. “To the degree that the MPCA's authority to use APOs … is not expressly granted, it is certainly implied,” stated the court. “Moreover, the MPCA was specifically charged by the legislature with developing a compliance plan ... which is a clear indication that the MPCA has compliance authority … [and] authority to issue an APO for a violation of [the law] and the permit.”

From there, the appeals court made easy work of determining that BFI indeed qualifies as a “person" subject to enforcement. “The terms ‘person’ and ‘dispose’ are defined by statute, and …  unambiguously appl[y] to [BFI],” the opinion continued. “The term ‘person’ is broadly defined … to include human beings, as well as corporations and other entities.  *  *  *  Likewise, the term ‘dispose’ is broadly defined as ‘the discharge, deposit, injection, dumping, spilling, leaking, or placing of any waste into or on any land . . . .’  *  *  *  By accepting waste from haulers for deposit or placement into its landfill, [BFI] disposed of the waste.”

“Because the MPCA supported its motion for summary judgment with evidence indicating that a violation occurred and [BFI] failed to present specific facts showing that no uncertified, unprocessed metropolitan waste was disposed of at respondent's landfill,” it was MPCA and not BFI who was entitled to prevail on the issue of whether a violation had occurred,” the opinion stated.

However, vindication for MPCA on the violation did not settle the matter. “Given [BFI’s] evidence of mitigating circumstances, a genuine issue of material fact remains on whether the $20,000 nonforgivable penalty for the violation is justified,” noted the panel. At trial, BFI had presented evidence that the county certification process was flawed and more waste should have been deemed unprocessible. “While this evidence does not negate the fact that a violation occurred, it is relevant to the seriousness of the violation and whether the nonforgivable penalty was justified,” added the panel. “The district court never reached these issues.”

Lastly, resembling a courtroom version of a Hail Mary pass, BFI raised—to no avail—two constitutional arguments to justify the district court’s ruling. First, BFI claimed that the law and the permit violate due process of law. As BFI saw it, the statute is unclear about who is required to certify waste as unprocessible, how the determination is made and when certification is required or permissible. True enough, enforcement guidelines or standards, whether they are set by law or regulation, must be sufficiently explicit so that ordinary people know what actions are required or prohibited. However, “[h]ere, the statute and permit are not unconstitutionally vague,” said the appeals court. “Both clearly prohibit disposal of waste unless a county or resource-recovery facility certifies the waste as unprocessible. The prohibited conduct is clearly defined.”

Second, BFI argued that the statute and the landfill permit violate the Commerce Clause because "the MPCA's entire enforcement scheme is … nothing more than an indirect requirement that waste haulers deliver waste to [a] privately-owned [resource recovery] facility." But that contention lost much of its impact when BFI conceded that the statute and permit are evenhanded—that is, they do not discriminate in favor of in-state over out-of-state facilities. Thus, under a 2007 ruling by the U.S. Supreme Court, the only remaining issue was whether “the burden imposed on interstate commerce is clearly excessive in relation to the putative local benefits." United Haulers Assn., Inc. v. Oneida-Herkimer Solid Waste Mgmt. Auth., 550 U.S. at 346.

“[BFI] fails to point to any specific burden on out-of-state economic interests and, conversely, the purported environmental interests of landfill abatement and recovery of materials and energy from waste have been recognized as compelling and legitimate,” stated the Minnesota court. "[A] regulatory scheme designed to conserve resources, decrease pollution, and protect the environment unquestionably deals with state interests of great magnitude."

In a final salvo, the company asserted that the statute and permit, in effect, direct waste to a private facility—a local measure nullified 25 years ago by the Supreme Court. “[BFI’s] reliance on [C&A Carbone, Inc. v. Town of Clarkstown] is misplaced because [the case] involved an ordinance that required waste to be deposited at a specific designated site, thereby regulating interstate commerce,” responded the appeals court. “The statute and permit at issue do not designate any specific facility.”