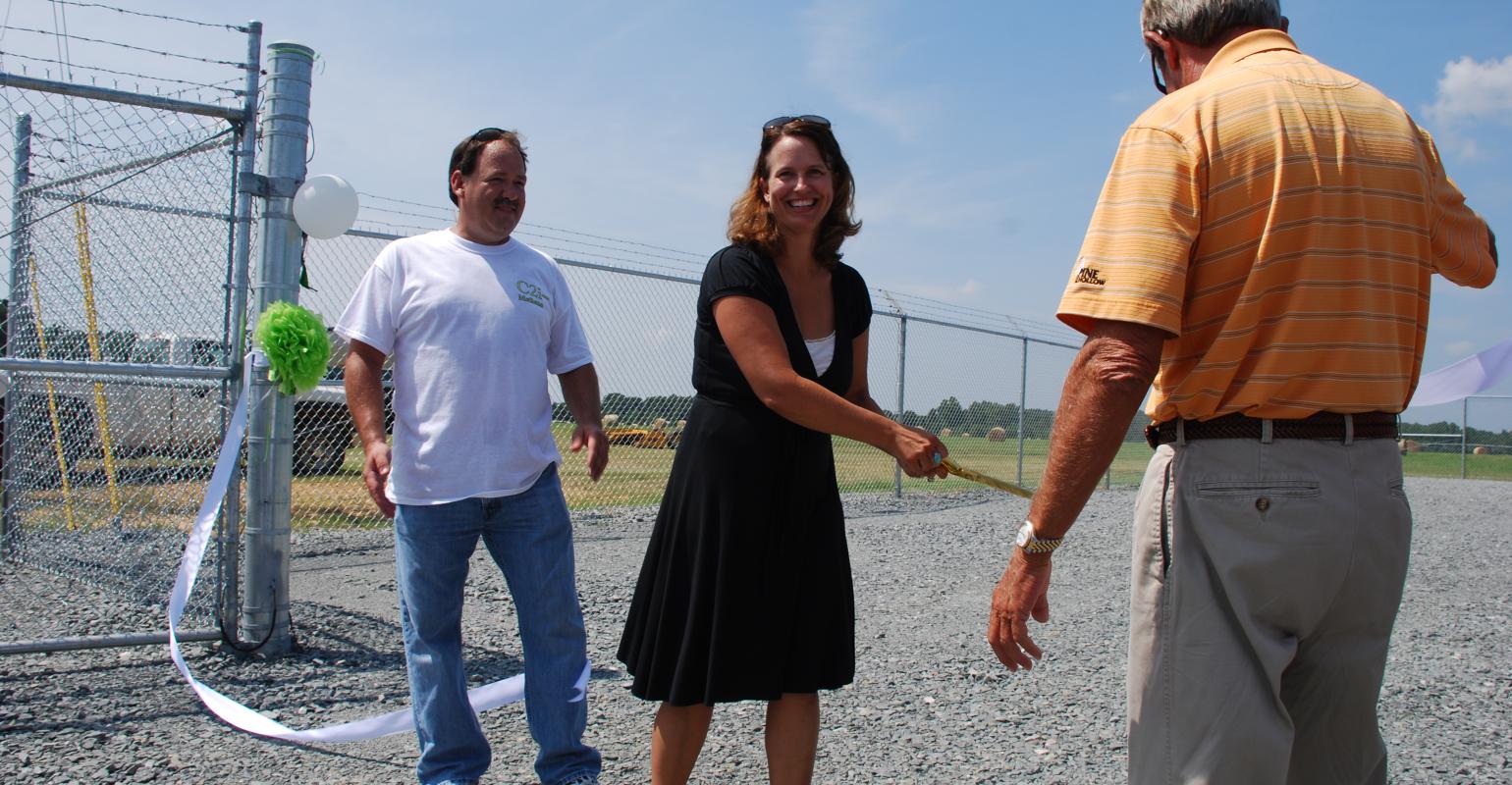 Annika Colston got into small landfill gas-to-energy projects because she likes making tough but potentially promising jobs happen. Developing the small ones was just as much work, for less money, and typically presented more risk than bigger projects.

Eventually, the opportunities began to fade, but her hunger for taking chances didn’t. So, she shifted to solar on defunct landfills, and in a state where many of the sites were not properly closed—New Jersey.

Preparing them to come online has been intensely difficult. But since launching AC Power two years ago, Colston has secured five Garden State contracts.

“I like developing strategies to address complex issues. And I like the excitement of supporting entrepreneurial development in new markets. It’s paving the way, and it’s exhilarating to take risks to be part of a solution,” she says. New Jersey’s hopeful solution is moving to 50 percent renewable energy by 2030.

Colston’s earliest stints were with a business that funded renewable energy startups and another that created climate change reduction projects in developing countries. Her landfill gas-to-energy focus began as president of a new entity that spun from Bluesource, developers of environmentally sustainable projects. 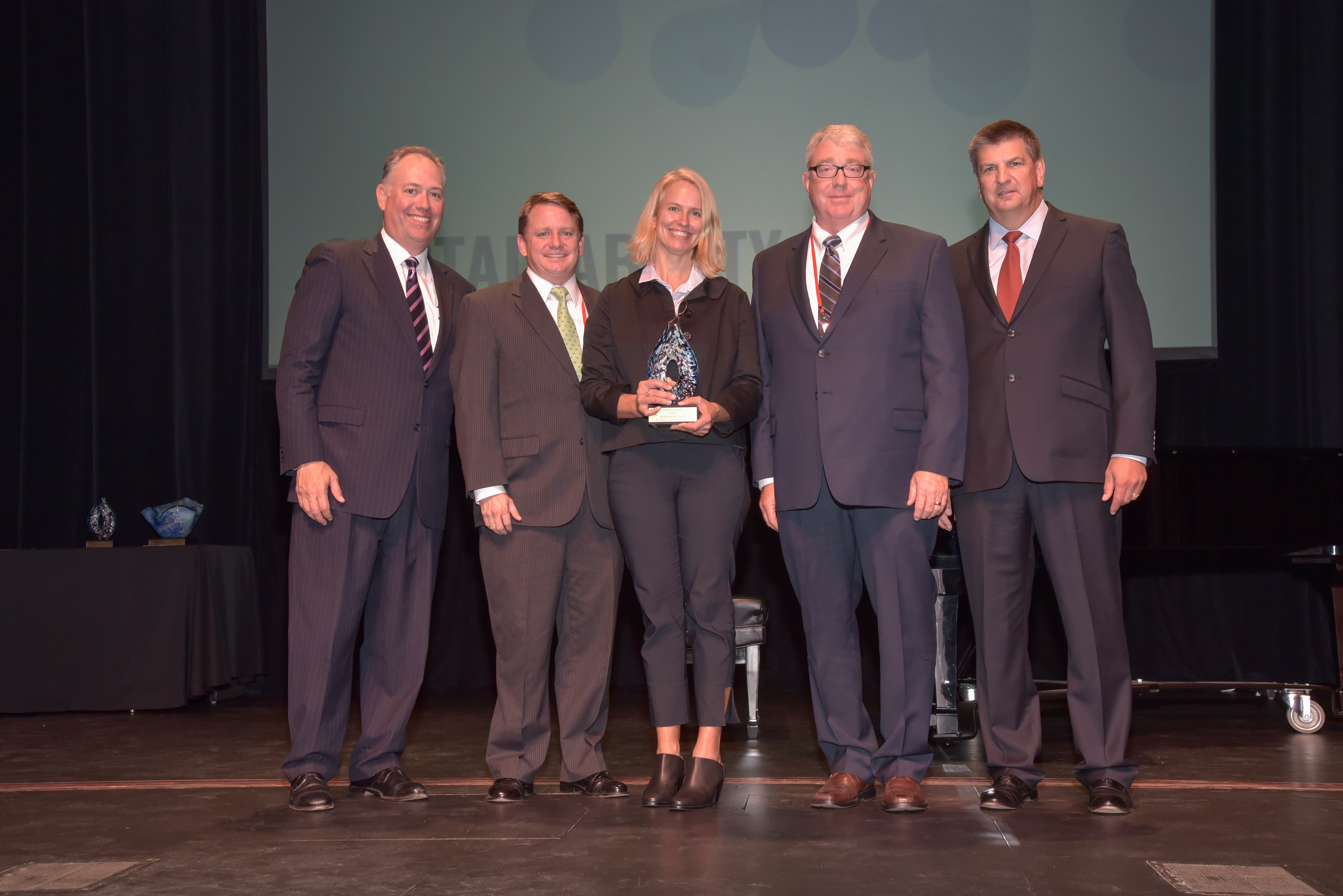 “I had an affinity for working with landfills because these sites are an inevitable necessity. People generally don’t like them or want to be near them, and they are often a financial burden to municipalities. Yet, we all create trash and have to do something with it,” she says.

By the time Colston hit a big lull and sold her portfolio, she was quite the landfill guru. She knew zoning, permitting and contracting and had figured out how to interconnect to a grid and sell electricity. Meanwhile, she’d been hearing solar was big. She went for the carrot, having learned enough to know building these systems on a landfill would test her.

“Developing solar on a closed landfill versus elsewhere is harder. It takes up to a year longer and costs up to hundreds of thousands more,” explains Colston.

But there are 800 nonoperational sites in New Jersey, and the state prefers doing solar on these landfills and brownfields. Plus, it’s one of only a few states that will give renewable credits for them.

“So now, you have the opportunity to generate revenue on otherwise unproductive space that would have been an economic drain,” says Colston.

Winzinger Incorporated owns a closed municipal solid waste landfill in Delanco, N.J. The company was doing nothing with it beyond storing soil and paying taxes.

“We took a leap and decided to do solar, which for us was significant because once we committed, we had to invest in a full-blown landfill closure,” says Audrey Winzinger, co-owner of Winzinger Landfill, which is one of Colston’s projects. “Otherwise, we wouldn’t have to since we reached capacity prior to the Department of Environmental Protection’s landfill closure regulations requiring [costly] caps.”

Though Winzinger was intrigued by the concept of turning a financial burden into a revenue stream, the proposition scared her and her partners. They knew nothing about solar and spoke to a few contractors who seemed to know little.

“There is a level of trust you need when starting a partnership,” says Winzinger. “We needed someone we knew would stay the course and who understood the whole process from permitting, to launching panels, to getting connections and every piece in between. Annika knew all the moving parts and how they fit together. And she could dumb it down and explain to me.”

Colston says most seem a little surprised to learn she’s behind every step to make these projects happen.

“It’s about engineering and working on a garbage site. A position that’s traditionally not held by women. But it’s me and about 12 guys sitting around talking about methane gas, pipefittings, stormwater, leachate and the like,” she says.

“Developing solar on a landfill is a tricky business because you have to interact with landfill owners, designers, investors, utilities and regulators,” says Peterson. “It’s a lot of pieces to make a project go. And you have to build a solid case to convince each stakeholder that they want to work with you and it will be a win for them. It takes a lot of technical skill, people skills and business savvy. Annika is strong in all three.”