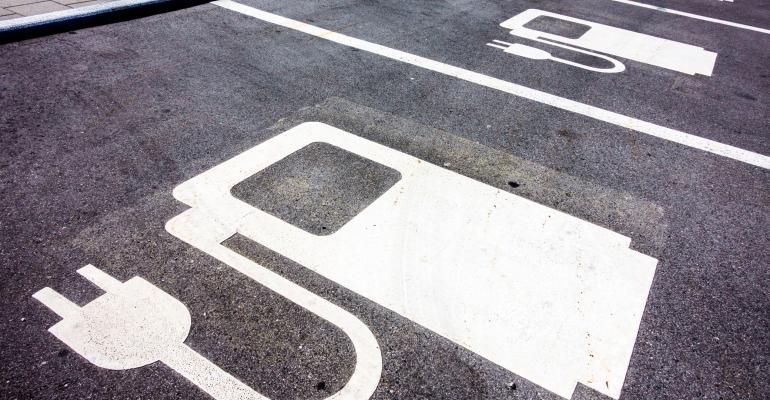 NEED A CHARGE: Rural America faces challenges in transitioning to all electric vehicles with fewer charging stations per person in rural areas.
About 28 states in the U.S. limit or prohibit electric vehicle (EV) manufacturers from selling their lines without going through franchised dealerships.

About 28 states in the U.S. limit or prohibit electric vehicle (EV) manufacturers from selling their lines without going through franchised dealerships. These laws reduce consumer choice and could compromise energy security and environmental benefits of mass EV adoption, says the Electrification Coalition, who recently commissioned a report that supports its contentions.

On the flip side, allowing manufacturers to sell direct to consumers could increase EV sales by between $360,000 and $3.9 million, and result in greenhouse gas reductions between 11 and 117 million metric tons of carbon dioxide equivalent, the report concludes.

Meanwhile, proposed legislation was introduced in about 12 states in 2021 alone that would allow EV manufacturers to sell direct to consumers and or provide warranty service and repairs (with New York, Nevada, Washington State, Ohio, and Nebraska among them). None have moved forward. Discussions have begun in other states but opposing auto dealers have stalled introduction of bills.

Laws requiring vehicles to be sold through dealerships were originally established to protect franchises from alleged abuse by auto manufacturers. But says Will Drier, Electrification Coalition policy manager, “Now we see a different market where there is a conglomeration of multibillion-dollar dealerships working with a dozen- plus manufacturers with standing franchise relationships. But new EV startups don’t have these established relationships.”

It would take time and money for these new companies with limited capital to build their networking capacity, he says. But beyond that the Coalition argues that advancing this emerging and different technology at scale calls for expertise and other support that is limited to nonexistent among dealerships. It’s also about freedom for new companies to market and sell their products in ways they see as best for their operation, the Coalition and EV manufacturers contend.

“We are hearing from dealers in public testimony that they fear they will lose market share if EVs can be sold separately. But in states allowing direct-to-consumer sales we are seeing increased sales of all vehicle types. So, this argument is unfounded,” says Anne Blair, Electrification Coalition policy director.

“They also argue that [direct-to-consumer] would give EV manufacturers an unfair advantage. Our argument is it helps to level the playing field, giving startup companies more opportunity because they do not have existing dealerships and networks in place that the other manufacturers do,” she says.

Tesla, who leads in electric car production, got carve outs that allow it a certain number of sales and dedicated service centers in several states. As the corporation continues to dominate the EV market, rising companies like Rivian, Arrival, and Lucid want the same leeway.

Limiting or barring access through manufacturers impacts not just consumers, but businesses with medium- and heavy-duty fleets, as well as puts up barriers for new entrants into the market, such as Lion Electric Co. that make buses and Arrival that makes vans.

So, if a school district in Georgia wants to buy a bus or a waste hauler wants to buy a truck, it’s a similar story. It’s limiting the fleet’s ability to buy the EV of their choice, which can have cost impact over the long term of vehicle ownership as EV’s move closer to achieving purchase price parity with gasoline- and diesel-fuel trucks, Blair says.

The Coalition’s business council partners have expressed concerns over inconsistencies by region in policy around service warranty and maintenance.

“Who is allowed to provide maintenance differs from state to state. Does it have to be a third party? Can a manufacturer provide maintenance? So that’s another factor that fleets must consider in the quest to electrify,” Drier says.

The report commissioned by the Electrification Coalition made four basic observations:

1.Consumers have poor EV buying experiences at dealerships (based on studies by Consumer Reports, Sierra Club, and others).

Sales staff at dealerships have no or very limited training around battery charging or other maintenance and repair issues. EVs at traditional dealers are often not prominently displayed. And consumers are not routinely told of opportunities to buy EVs.

2. Dealers are more incentivized to sell gasoline- and diesel-fueled cars and trucks than EVs.

This seems to be tied to that the largest revenue streams for dealerships are for service and repair of traditional vehicles, Drier says, adding that selling EVs takes more time and more education of the sales staff. They must have an understanding of charging and maintenance considerations and know, for instance, about one-pedal driving and regenerative breaking.

A 2016 University of Michigan study counters the argument in support of the franchise model, which claims price savings through intra-brand price competition; the author argues that the franchise model does not reduce cost to consumers. Conversely, vertical integration resulting from direct-to-consumer sales would lead to lower prices as it eliminates “double marginalization.”

The report cites a few studies, including a 2016 University of Michigan study countering the argument in support of the franchise model, which claims price savings through intra-brand price competition; the author argues that this does not reduce cost to consumers. Conversely, vertical integration resulting from direct-to-consumer sales would lead to lower prices as it eliminates “double marginalization.”

4. The direct-to-consumer sales model makes consumers and manufacturers better off.

While the literature on the economic efficiency of direct-to-consumer sales is limited, a few studies, including a Stanford Business School analysis, found that distribution costs comprise about 30 percent of vehicle costs, half of which is attributable to dealers. A caveat: the study is 22 years old and does not estimate how much of those costs could be eliminated in a direct-to-consumer sales channel.

A newer analysis (2021) forecasts a 6 to 8 percent reduction in vehicle costs attributable to switching from a franchised dealer model to a centralized sales model where manufacturers sell directly to consumers and the dealer’s role is reduced to sales agent.

Enabling direct-to-consumer models is not a silver bullet. As key will be  to tackle others issues, for instance around having battery recycling and reuse facilities in place.

“We want more domestic sourcing and production of resources for EVs across the supply chain from minerals that go into batteries to processing, to manufacturing and assembly of battery packs. The U.S. has a huge opportunity to lead in this space.

“It will also be important to ensure that the electric grid is updated and deployment of charging infrastructure and EV adoption rates are all moving in sync,” Blair says.

From a policy perspective state goals and vehicle standards are effective tools to help drive the market. On the federal front, two new pieces of legislation look promising: the Bipartisan Infrastructure Law and the Inflation Reduction Act.

“[Together] these policies support building out a nationwide network of EV charging infrastructure and provide billions in new incentives for EV purchases, EV manufacturing and battery recycling research, and facilities,” Blair says.