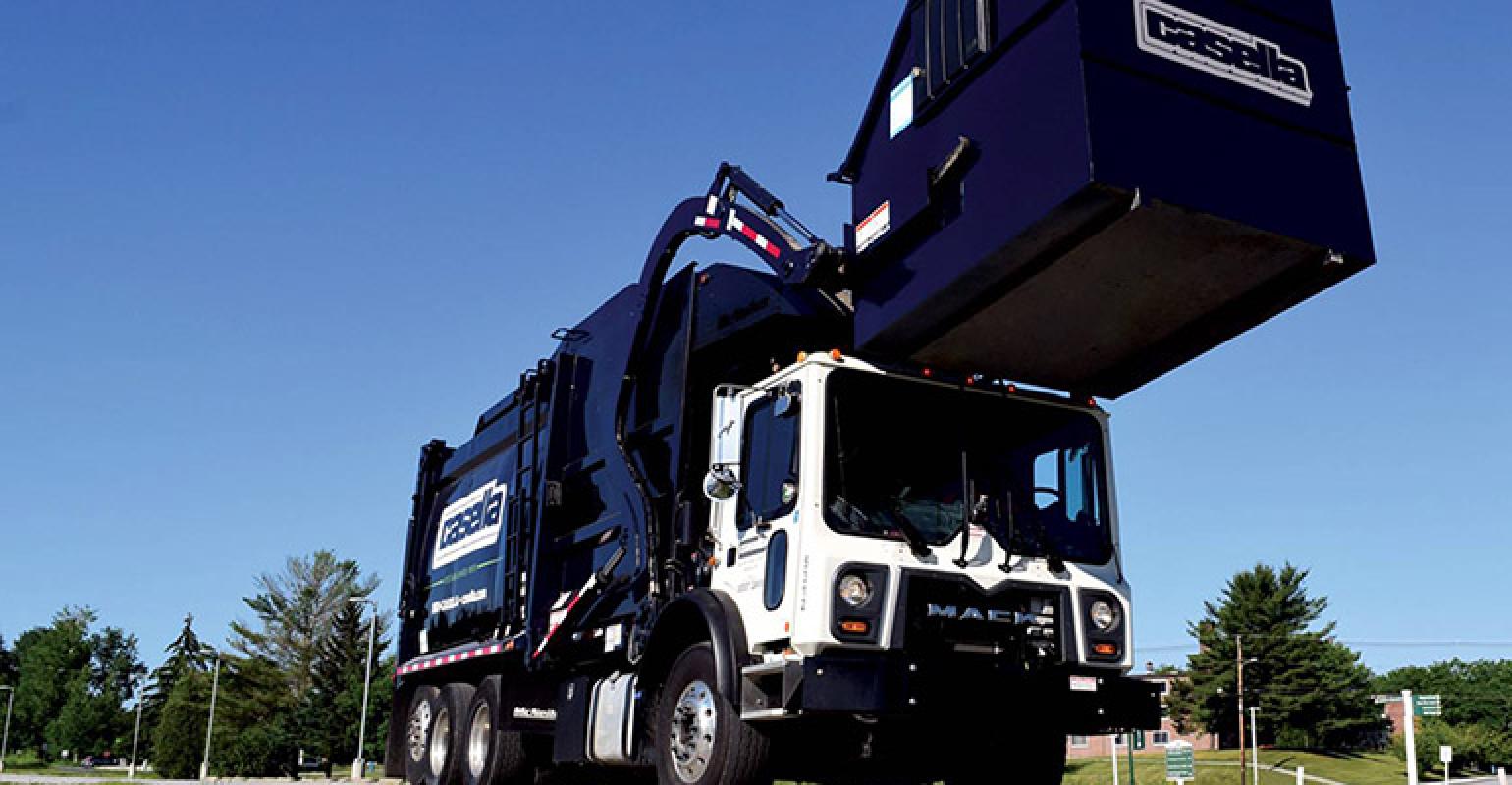 During a call with investors, Casella detailed its revenue growth, impact from acquisitions and 2020 guidance. ADS did not provide 2020 guidance.

Meanwhile, Ponte Vedra, Fla.-based Advanced Disposal Services, Inc. (ADS) announced revenue of $400.5 million for Q4 2019 versus $394.8 million in the same period of the prior year. ADS did not hold an earnings call or provide 2020 guidance due to the pending Waste Management acquisition.

Casella’s revenue growth was mainly driven by robust collection and disposal pricing; the roll-over impact from acquisitions; higher customer solutions volumes; and higher fuel surcharge, recycling processing and other fees. It was partially offset by lower solid waste, organics and recycling volumes; the closure of the Southbridge Landfill; and lower recycling commodity prices.

“We had another great quarter and year, as we continued to execute well against our key strategies as part of our 2021 plan,” said John W. Casella, chairman and CEO of Casella Waste Systems, in a statement. “We remain focused on driving cash flow growth by increasing landfill returns, improving collection profitability, creating incremental value through resource solutions, using technology to drive profitable growth and efficiencies, and prudently allocating capital for strategic growth.”

Casella noted that the company expects revenue growth of roughly 4.7 percent, or $35 million, in 2020 from the roll-over impact of acquisitions completed in 2019 and those already completed in early 2020.

“Our acquisition pipeline remains robust, and we believe that there is continued opportunity to drive additional cash flow growth across our footprint through the sustained execution against our disciplined acquisition strategy,” he added.

Additional highlights for Q4 and full year 2019 are:

“As a company, we have spent the last 45 years working to develop an integrated resource management strategy that balances our customers' current solid waste collection, recycling, organics and disposal needs with a vision for the future through increased sustainability and resource management,” said Casella in a statement. “We have worked extremely hard to develop and successfully implement leading resource initiatives, long before sustainability was in vogue. One such success is our innovative recycling business model. Our revenue share model and other risk management programs coupled with our investments in new processing technologies and our efforts to produce higher quality materials and manage processing costs with increased automation have allowed us to improve our recycling business's financial performance, mitigate commodity risk and maintain viable end-markets in a challenging pricing environment. These efforts have allowed our recycling program to remain both environmentally and economically sustainable through this historically low commodity pricing cycle.”

“Despite these great successes, we faced an unexpected setback at our North Country landfill located in New Hampshire in February 2020, when we learned from the New Hampshire Department of Environmental Services that it had decided to interpret the state’s public benefit statute in a manner that we believe was different than how it had consistently interpreted it in the past,” explained Casella during the call. “As such, we decided to withdraw our airspace expansion permit application at this site, and we plan to quickly resubmit our application to address the department’s interpretation of the long-standing statute. As this step adds time to the process, we will need to ramp down volumes at the site in 2020 to maintain adequate near-term capacity.”

“Our 2020 budget is on track with the 2021 strategic plan that we first introduced in August 2017 and reflects continued execution of our key strategies with the goal of driving additional shareholder value," noted Casella. “We expect strong growth again in 2020 despite our plan to slow volumes into our North Country landfill as we work to permit the next expansion airspace. We remain focused on pricing execution, driving core operating efficiency programs, ramping up tons at our landfills in New York, and our integration of acquisitions completed in 2019 and in early 2020.”

Casella provided guidance for 2020 by estimating results in the following ranges:

Additionally, Casella provided the following assumptions that are built into its outlook:

"We executed on a number of important objectives in 2019 including year-over-year improvements across all key safety metrics and continued strong cash flow generation," said ADS CEO Richard Burke in a statement.  "While we faced operating headwinds related to recycling and leachate costs, our team delivered on the items directly within their control, and I'm proud of the focus, dedication and professionalism our team has exhibited throughout the year."

Last April, ADS entered into a merger agreement with Waste Management (WM). In light of the pending transaction, ADS elected to cease conducting quarterly earnings conference calls until the transaction closing. ADS also elected to enter into an extended quiet period related to investor communications and is no longer providing forward-looking guidance until the transaction is closed.

During Waste Management’s Q4 2019 earnings call on February 13, WM President and CEO Jim Fish mentioned that the closing of the ADS acquisition is expected to be the highlight of 2020.

“We are excited as we near the close of the transaction, and we have great confidence in the potential of the combined organization,” said Fish during WM’s call with investors. “We anticipate that we will obtain antitrust regulatory approval by the end of March and close soon thereafter.”

“Our integration team has been working hard preparing for this close, and the team is positioned to move quickly to integrate ADS operations and to achieve our targeted synergies,” he added.