A live mortar shell from WWII, sodium in its metallic form, dynamite and even dead animals are some of the perplexing and potentially explosive items residents have driven up to household hazardous waste (HHW) collection sites around the country. Throw those into the mix of commonly accepted drop offs such as pesticides, mercury, drain cleaners, pool chemicals, diesel fuel and oil-based and latex paints, and HHW sites are hot zones filled with flammable, caustic and volatile materials.

Yet program managers and those coordinating collections in states like Ohio, Arizona and Minnesota say minor mishaps such as spills do happen, but accidents and injuries are extremely rare because of safety procedures, training of workers and proper handling of the materials. And the occasional call to the bomb squad. 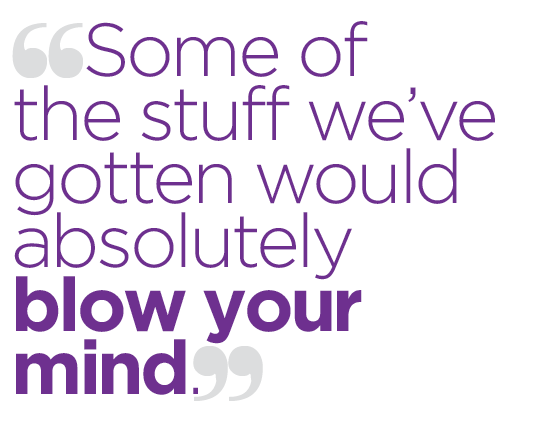 Take Environmental Enterprises Inc. (EEI), a hazardous waste and collection facility based in Cincinnati, Ohio. In business since 1979, EEI has been facilitating HHW collection programs since 1993. That side of the business has taken of in the last eight years with many municipalities looking to encourage better environmental stewardship and to ultimately keep these materials out of the landfill, says Brian DePeel, director of EEI’s Lab Pack Services Division.

“With HHW there is an inherent hazard to it,” says DePeel, adding that EEI handles 93 mobile collections from March to November in a nine-state region that includes Ohio, Kentucky, West Virginia, Indiana, Michigan, Pennsylvania, Tennessee, New York and Virginia. All EEI employees receive training and those doing residential collections receive 40 hours of training and are outfitted with steel-toed shoes, gloves and safety glasses.

“Some of the stuff we’ve gotten would absolutely blow your mind,” DePeel says. “We’ve had nitroglycerine and once we had a live WWII mortar shell that an 80-year-old lady had in the trunk of her Chrysler K-Car and drove into us. Her husband brought it back from Europe.…We called the bomb squad for that one.”

The top concern for both workers and residents at HHW sites is “exposure in any way, shape or form,” says Fran LaSala, waste diversion manager for the city of Tucson, which recycles or reuses 98 percent of the household hazardous waste it collects.

“There are always the unknowns. It’s not uncommon for people to not know what they are bringing in,” says LaSala, adding that their site has had one accident in 20 years but the public wasn’t involved or in any danger during the incident. “We have a lot of mining that went on in Arizona so there are some exotic compounds sitting in some sheds. We have seen our fair share of those. For some reason we get sodium metal, which is highly unstable. We see blasting caps and dynamite. We don’t really question where it came from; we just deal with it when we get it.”

In Hennepin County, Minn., which encompasses the Twin Cities, transportation and delivery of the hazardous materials is often what puts workers and residents at the highest risk, says Louisa Tallman, operations managers of the county’s HHW program, which services more than 110,000 customers a year and collects more than 750,000 gallons of HHW.

“Once people say, ‘Hey I want to get rid of this.’ they don’t think about it too much anymore,” Tallman says. “They just want to make it go away. When it makes its way to us a lot of these containers are rusting. They are leaking. They don’t have covers. It’s fairly common that when they open the truck of their vehicle there are spills because there is something they didn’t contain well.”

This makes this tricky for workers who have less than a minute with each car during the busy season of May to October. During that time period, Tallman says, HHW workers can service 400 to 600 cards in eight hours.

“We can service four to six cars at a time so there is a lot of movement,” she says. “I would put a plea out for residents to make sure there is a cover on what they are bringing in and to make sure it’s in a plastic bag or put in a box so it doesn’t tip—whatever is appropriate for the material to make sure it’s contained and safe for the transport.”

At most HHW collection sites, residents are asked to remain in their cars unless it’s necessary for them to show workers what materials are to be removed from the vehicle.

“However the best laid plans go awry and inevitably someone will get out and want to tell us about a can of latex paint they bought in 1960 and how you apply it,” DePeel says.

By weight, paint is one of the top materials brought into Tucson’s HHW program, which collected about one million pounds in 2013, LaSala says.

“It’s a very effective program,” he says. “It’s been in place for over 20 years and it does exactly what it’s supposed to do and that’s keeping harmful chemicals out of the landfill and out of the garbage trucks and out of the environment.”