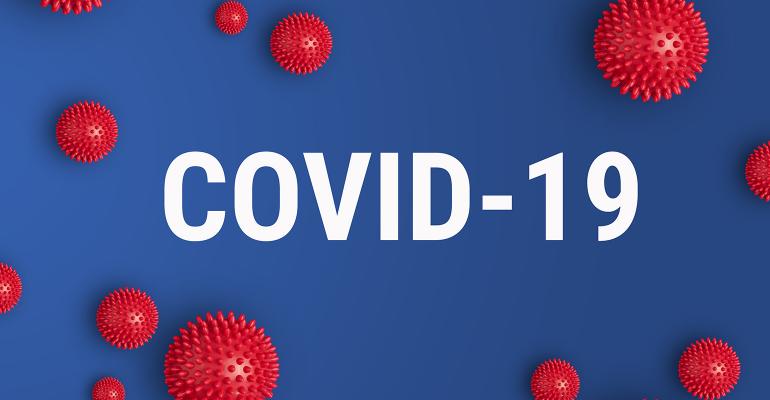 In this edition of Business Report, we attempt to amalgamate some of the early, estimated business and financial impacts, as well as explore some of the more unexpected twists and turns that have already resulted from the pandemic.

The coronavirus’ impact on the solid waste industry has been written about extensively and exhaustively. In this edition of Business Report, we attempt to amalgamate some of the early, estimated business and financial impacts, as well as explore some of the more unexpected twists and turns that have already resulted from the pandemic. We also touch on the GFL Environmental initial public offering and the company’s entrance into the ranks of the publicly-traded solid waste players.

Many financial analysts have turned to solid waste industry and company performance in prior recessions for clues as to what is happening now, and in general, the industry has always been viewed as late cycle, or lagging, and recession resistant. While there’s no doubt that the industry is more resilient than many, if not most industries, particularly in the industrial space (it HAS been deemed an "essential" service), the old playbook just largely no longer applies. Construction and demolition and special waste, and thus landfill volumes, are being impacted as expected and as typical in downturns, but in the commercial collection business, the impact is more akin to a hurricane—activity stops and people hunker down in place, but now across large swathes of the country. In hard-hit “shelter in place or stay at home” areas, commercial activity is reported down as much as 50 to 60 percent, which is obviously unprecedented when compared to prior downturns. Garbage companies are largely working with their commercial customers (if they are wise), in order to keep them (and thus protect their market share) when activity returns. Waste Management has talked about one month of free service for certain small commercial customers, and cancellation penalties and fees typical in commercial contracts are often being waived in the case of service suspension. The corresponding rise in residential waste volumes (which has been estimated at 30 percent by Republic Services (RSG) and corroborated by several municipalities) can be more costly, as the companies often charge by service, not weight. Thus, the increase in volumes is not reflected in revenues, and yet there is a higher cost to dispose on the back end. The net result is that the industry is largely not benefitting from the more normal buffers and lag time it typically sees in an economic downturn.

On the other hand, pricing is seen to be a relative bright spot. The long fought for pricing discipline that has characterized the industry over the past several years is largely projected to hold. Price increases are often front-end loaded in the year, and a meaningful percentage is consumer price index-linked, which is also positive. And, given the estimated decrease in landfill capacity that is now projected over the next five years (which was NOT the case in the prior downturns), landfill price discipline is likely to remain intact, particularly as the COVID-19 impact is viewed as temporary—albeit no one knows how long “temporary” is going to be. But, pricing is likely to be messy—new price increases are likely to be paused and pushed to the right in many cases for struggling small businesses—as an industry veteran said, “You can’t price a customer you don’t have.”

Partial offsets do exist. Cutting overtime, travel and entertainment and third-party transport, as well as lower fuel costs, will help on the operating side, and there is also some ability to rein in capex to aid the cash flow side of the business. Due to increased technology investments, the larger companies also have much better and more real-time data in hand to optimize routes and various other operating activities.

Several companies have recently issued investor updates with some, limited information. In an updated investor slide presentation, RSG stressed the fact that 82 percent of its revenue has an annuity-type profile, while Casella Waste Systems noted that its collection revenues were being impacted by 4 percent (annualized) thus far, while landfill tons are down around 5 percent on an annualized basis. More explicit detail is not generally anticipated until first quarter results are reported. Bottom line, the analysts who have made a stab at revising estimates are cutting 2020 EBITDA expectations by around 13 to 15 percent (on average) and free cash flow in the range of 10 to 15 percent, generally.

In comparison to many other companies and industries, financial liquidity and survivability are not an issue with the publicly-traded solid waste companies, and cash flows are expected to stay positive—the issue in question is whether changes to capital allocation are made. Dividends are not likely to be cut, but do share repurchases continue in this environment?

Initial casualties of COVID-19 were the expectations for the companies’ exploration and production businesses, given the freefall in oil prices, but in general, these businesses only comprise between 2 to 5 percent of total revenues, though they are incrementally more profitable. Perhaps somewhat more surprising is the mixed recycling outlook. So far, around 50 curbside recycling programs have been cut or suspended due to a combination of safety, processing and/or end market issues, while over half of the states with container redemption programs have temporarily suspended enforcement, according to Waste Dive. Haulers are looking for regulatory relief to be able to landfill recyclables when necessary. In particular, materials recovery facilities (MRFs) have been hard-hit, given worker shortages and/or social distancing safety issues. As a result of that, and the upside down nature of commercial and residential volumes, the solid waste companies are not likely to benefit from the recent jump in old corrugated cardboard (OCC) prices as they typically would. OCC had recovered to $44 per ton in March and surged to an average of $71 per ton in April, as just reported by RISI. However, the primary source of clean cardboard, commercial, has been crippled, while the cardboard piling up in residential bins is often contaminated or ends up in mixed paper (given the current MRF limitations); thus, the OCC price jump is not fully flowing to the bottom line as it would have in the past. Perhaps a bright spot on the commodity side is renewable energy (RIN) pricing. After spiking to about $1.65 per gallon early in the year, it drifted back down to around $1.10 per gallon last week. If it holds there, it could be a potential upside to price levels that the companies generally forecast in February, although, unfortunately, RINs look to be back in a downtrend.

The torrid pace of mergers and acquisitions (M&A) activity has largely come to a halt, though some tuck-ins acquisitions are expected to continue. That said, the industry will continue to consolidate in this environment. Although the federal stimulus package’s small business loan program may benefit smaller players in the solid waste industry, there will be some number (i.e., think of small commercial haulers in urban shelter in place areas) of firms that will inevitably fold, leaving the industry more consolidated into the better-capitalized, publicly-traded companies' hands. How much of this occurs will depend on the duration of the downturn and the shape (V or U?) of the recovery.

Other Collateral Damage and Unintended Consequences

Perhaps unforeseen, but maybe inevitable in hindsight, is the body blow that several environmental trends or movements may take in the current circumstances. The most notable is the resurgence in plastic packaging, and single-use plastic, in particular. The plastic industry has capitalized on the coronavirus situation to tout the safety and convenience of plastics. Additionally, depressed petroleum prices mean plastics can be made even more cheaply. The upshot has been a rollback of plastic bag ban regulations and even the discouragement of reusable bags, not to mention the proliferation of single-use plastic cutlery given all the home food delivery. Starbucks, Dunkin', Tim Hortons and McDonald's have at least temporarily suspended their reusable cup programs as well. Similarly, food waste and organic programs and requirements are being pushed back on, as a result of safety and labor shortage issues. Vermont haulers want the organics landfill disposal ban to be suspended indefinitely, while they are also looking to be able to landfill recyclables. As a result, the war on plastics, circular economy, reuse and zero waste movements are taking a back seat to the virus at this time, justified or not.

GFL Environmental—Coming Public in the Nick of Time

Although at a lower than initially expected price, GFL Environmental (GFL) was able to price its initial public offering (IPO) on March 2 at $19 per share, probably in the last available window before the pandemic crisis exploded. Unfortunately, the stock is off more than 30 percent from its IPO price given the subsequent stock market action, probably compounded by the perception of high leverage, yet unproven free cash flow generating ability and the fact that roughly 25 percent of its business, in soil remediation and liquid waste, is believed to be more cyclical. But, the majority of analysts came out positively on the stock in initial reports—five out of eight initial ratings were some type of “buy” rating. Although GFL’s historical, very rapid external growth is expected to pause short term with the pause in M&A activity, a number of internal drivers—a price over volume focus, internal operating metric improvement opportunities, cross-selling opportunities and, ultimately, a long runway for M&A activity, given its desirable and unique midsize positioning—led many analysts to be positively disposed toward the stock. Additionally, at least in one regard, GFL is actually aided in the current environment by its heavy Canadian exposure (53 percent of revenues), as Canadian residential contracts tend to be based on weight or volume rather than on service!